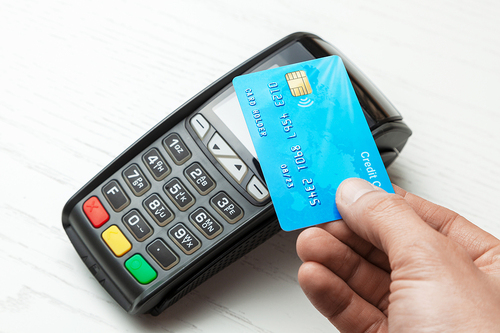 A report in the Daily Telegraph said that dental patients were paying up to £35 extra to cover PPE costs, as practices attempt to claw back money spent on personal protective equipment when they reopen amid coronavirus crisis. The story was picked up extensively in the media over the week. It followed a statement by mydentist on how they would make these charges.

The report said that those seeking dental work may see the cost of their appointments ‘soar’ as practices try to claw back the money spent on protective gear amid the coronavirus crisis. It continued: “Practices across the country are introducing the extra charges because dentists need to wear masks, face visors and extra plastic clothing. For some procedures that produce spray, for example fillings, the price of treatment can go up by up to £35.”

It quoted mydentist, which owns 650 UK practices, who said that patients would be charged £35 for appointments that use equipment such as a high-speed drill, while for others it will be £7. An email from the company said: "To ensure we can continue supporting our patients, we have had to introduce a temporary Covid Safety Supplement, payable on each visit where you have a private dental treatment (excluding patients on dental plans), in common with many other dental providers."

The Telegraph report said the supplement only applied to new courses of private treatment. “NHS patients are exempt from the charges, which will be covered by the Government”.

They also reported that some smaller practices – already hit financially by months without income – had decided not to reopen at all because of the prohibitive cost of protective gear. They quoted a Sheffield dentist, who said he was not charging extra but was currently operating at a loss. "We’ve seen PPE in short supply and the costs have gone up from dental suppliers by approximately 1000 per cent," he said. "The cost of providing PPE to a nurse and dentist to do one filling is approximately £40 per appointment.

"Lots of practices aren’t even open as they can’t get the PPE they need. Private practices will probably just increase costs to cover it and factor it in, or add a surcharge. This can’t be done in the NHS, as the prices are fixed and dictated by NHS England."

A spokeswoman for the British Dental Association told the Telegraph: "The costs of providing dental treatment in the post-lockdown period have soared. Whilst dental practices are very safe and clean, the pandemic means that they have had to adopt additional safety measures, including more personal protective equipment and allowing long gaps between patients for many procedures that generate aerosols.

"Decontamination and social distancing policies mean longer treatment slots, with surgeries sometimes sitting fallow between patients – leaving many practices unable to maintain their financial viability in the face of fewer patients and higher costs. This has increased costs, and private dentists have little choice other than to pass on some costs to patients. For NHS treatment, patient charges are fixed across England."

This media activity followed a statement by mydentist which said that they had introduced a range of protective measures in practices, including using an increased level of personal protective equipment (PPE), in line with Government guidance. They said they have had to introduce a temporary supplement payable on each visit ‘if you have a private dental treatment’.

They emphasised that the extra charge did NOT apply to NHS treatment, nor to those on a private dental plan. They said they will reduce or remove the supplement as soon as they can, and it will be reviewed in line with PPE costs. The charge only applies to future courses of private treatment, not existing courses of treatment. Finally, they stressed that they are not making any profit from this charge, ‘the charge covers only the cost of Advanced Healthcare PPE which has increased up to 20 times.