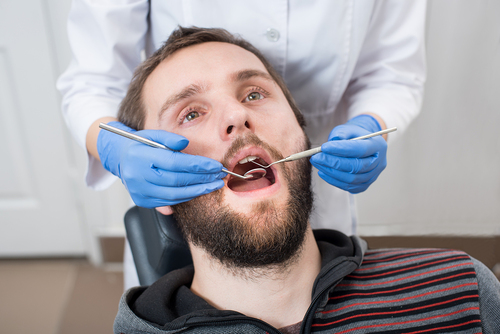 The results of the National Dental Epidemiology Programme 2017/18 oral health survey of adults attending general dental practices in England has been published. More than a quarter of participants had tooth decay, having on average 2.1 decayed teeth, and more than half had gingival bleeding. Furthermore 18% reported currently being in pain and the same number had experienced one or more impacts of poor oral health ‘fairly’ or ‘very often’ in the previous year.

The survey found that only 1% of adult dental attendees in England had none of their own teeth, 15% wore dentures and 10% had bridges or implants replacing missing teeth. Most participants (82%) had ‘functional dentitions’ (comprising 21 or more natural teeth), nearly all participants (90%) had at least one filling and around half (47%) had crowned teeth.

Most (71%) were assessed as having a current need for dental treatment. While most participants surveyed (84%) reported that it had been 12 months or less since their last dental visit it should be noted that participants with no natural teeth may be underrepresented in this survey due to less frequent visits to the dentist.

More than a quarter of participants (27%) had tooth decay, having on average 2.1 decayed teeth, and more than half (53%) had gingival bleeding. Furthermore 18% reported currently being in pain and the same number had experienced one or more impacts of poor oral health ‘fairly’ or ‘very often’ in the previous year. Poorer oral health disproportionately affected those at the older end of the age spectrum and those from more deprived areas.

Overall, this survey of dental attendees in England paints a picture of a population where virtually all adults have at least some natural teeth but where impacts and signs of dental disease are prevalent. The survey highlights that the effects of poorer oral health disproportionately affect some parts of this population, most notably older people and those living in the more deprived areas of England.

On the other hand, these were people surveyed when attending a dental appointment where the prevalence of a dental problem could be higher as they were seeking professional care.

Contemporary information about whether people go to the dentist for check-ups or only when there is a problem is lacking, but there were suggestions in the last decennial survey of adult oral health of an increasing pattern of seeking care only when there was a dental problem. This survey may also under-represent a proportion of the general public for whom attending the dentist is unaffordable.

The survey consisted of a questionnaire on the impact of oral problems on individuals, use of dental services and barriers to receipt of care and a brief clinical examination conducted by trained local epidemiology teams under standardised conditions. Despite the survey being restricted to dental attendees, the demographics of participants were broadly similar to the general population of England although men and people aged under 45 years or over 84-years were under represented.