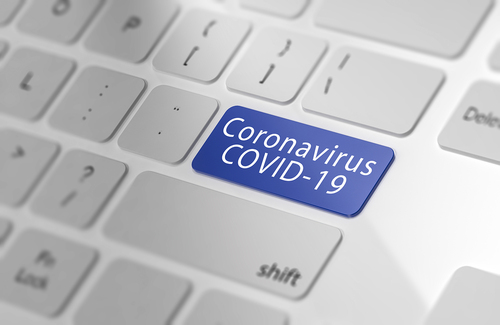 CDO Scotland has outlined a pathway for a return to dental practice. The crisis in UK dentistry was raised in the House of Lords when peers raised questions which highlighted to the Government the problems affecting dentists. The GDC rejected an appeal to mitigate the effect to ARF on the dental professions and the BDA has responded.

Scotland: Pathway for a return to dental practice

The CDO (Scotland) has written to NHS Boards setting out the first steps for the re-opening of NHS dental services in Scotland. The letter includes high-level plans for a phased return to dental practice:

The letter includes broad plans for testing, PPE supplies and financial support. The BDA will seek to engage regularly with the Scottish Government to inform the development of the detailed plans.

Dentistry raised in House of Lords[i]

A number of members of the House of Lords stood up for dentistry this morning, in questions to a junior health minister, Lord Bethell. In total 11 peers took part, including Lord Hunt of Kings Heath who called on ministers to set up “a programme of work with the BDA and the CDO, establish a national plan, get dentistry back on track and save the profession from ruin.”

Lord Rogan commented on the sterling efforts of dentists in Northern Ireland volunteering to help in this crisis, but also warned that some practices could collapse without further support. Lord Duncan highlighted the importance of dentistry to the wider economy and called for business rate relief to be extended to all practices.

Meanwhile Baroness Thornton highlighted the lack of financial support for the sector, and called for better guidance on PPE, and Baroness Boycott warned about the increased risk to the nation’s oral health as more people snack from home.

Baroness Harris of Richmond asked the minister to comment on ‘a recent poll of around 2,000 dentists and dental professionals found that 97.5% of them supported a vote of no confidence in the leadership of the office of the Chief Dental Officer of England’. Lord Bethell replied that it was not the role of the Department of Health and Social Care to have a view on the popularity of the Chief Dental Officer. He then added, apparently oblivious to the fact that Sara Hurley is female: “All I can say is that the support he (sic) has provided for the profession is enormously appreciated, and we have a lot of confidence in his (sic) work.”

BDA responds to the GDC’s decision not to cut ARF

Following the GDC announcement that it will not make changes to the Annual Retention Fee (ARF) levels or introduce an emergency payment scheme to allow registrants to pay by instalments, the BDA has published an open letter to the Chair of the Council, Bill Moyes.

With the profession now facing grave financial uncertainty, we have criticised the failure by the regulator to show flexibility to colleagues, some of whom have seen their incomes fall to zero. It has also called for much-needed transparency in the process for setting the ARF. The GDC retains a budget operating surplus and significant reserves.

BDA Chair, Mick Armstrong, said: "Despite recognising the dire financial circumstances in which many practices and individual registrants find themselves, the GDC has not seen fit to provide even token support, citing no fundamental change to the work it does and the little financial impact the move would have on registrants. Greater transparency into the reasoning behind this decision would have been the very least response registrants should have received. But the message we are left with is ‘we need all the money and whatever we could do won’t really help you much’."

To keep up to date with developments from the BDA, dentists should visit their Coronavirus update page[ii], which is available to all whether or not they are members and is continuously revised.