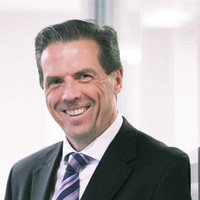 The Chief Executive of the Irish Dental Association has called for "clear direction" from the Government, the National Public Health Emergency Team and the Dental Council of Ireland on how dentists can resume their work. He said the State has not, to date, offered help to dentists in sourcing PPE.

Speaking on RTÉ’s Today with Sarah McInerney, Fintan Hourihan welcomed assurances from Minister for Health Simon Harris that the Health Service Executive would support dentists in the sourcing of Personal Protective Equipment (PPE).While Mr Hourihan said that in dentistry "nothing is going to be the same after this pandemic", he also said that the extra precautions that will be taken through the use of PPE and other measures will allow the highest standards to be in place.

He said that in normal circumstances, 150,000 dental appointments would take place per week and that after two months of limited provision of care "patients will have lost the benefit of preventing problems". He said the Dental Council of Ireland is interpreting the Government’s roadmap to believe that activity may be able to resume on or shortly after 18 May.

However, he said "whenever work resumes new precautions and safeguards will have to be place and we are waiting to get guidance from the Dental Council and from the National Public Health Emergency Team, but the sooner that becomes available, the better."