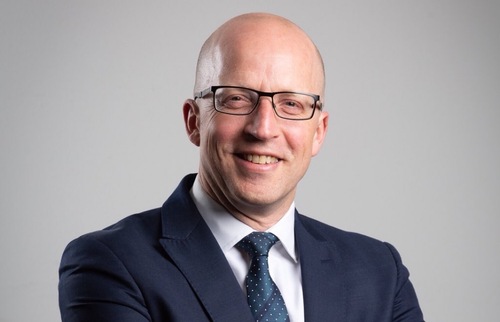 Martin Woodrow has been appointed as Chief Executive of the British Dental Association on a permanent basis, having been Acting CEO since August 2018. BDA Chair Mick Armstrong said: "We are delighted to have a steady hand on the tiller at Wimpole Street. Martin joined us with a formidable track record built in trade unions and healthcare associations.”

Martin joined the BDA in 2013 as Director of Policy and Professional Services. Prior to this he served as National Secretary for the British Medical Association in Scotland, and as head of their secondary care division with responsibility for consultant contract negotiations. He is a graduate of University College London and has an MBA from Warwick Business School.

BDA Chair Mick Armstrong said: "Martin Woodrow joined us with a formidable track record built in trade unions and healthcare associations. Since then he put those skills to work and won the respect of partners and policymakers, BDA members and staff. He has demonstrated time and again his ability to deliver for this profession. We are confident he will continue to build on this success."

Martin Woodrow said: "I’m honoured to be given the opportunity to become BDA Chief Executive on a permanent basis. Having worked for the Association for a number of years, I am acutely aware of the importance of this role in supporting our elected Board and wider membership. The BDA has so much to be proud of in its distinguished history and with the bold steps we’ve taken recently, I am certain that we have much to look forward to in the future. I’m looking forward to playing my part in the Association’s continuing success."

Yes this is great news for the BDA and our whole Profession and ultimately for our Patients and their care too.

To say there are many challenges, advances and projects occurring in the 2020s onwards, is an obvious understatement but as always, we are Stronger Together going forward.