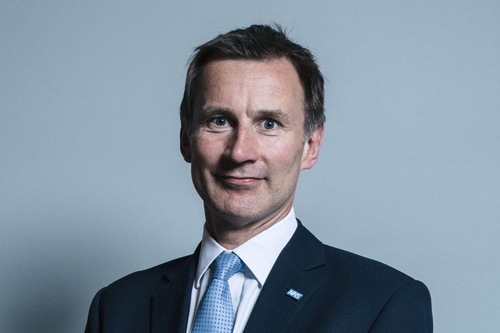 Former Health Secretary and Tory party leadership contender, Jeremy Hunt MP, has been elected to the chair of the Commons Health Select Committee. The BDA has sent him a message asking him to “reopen the inquiry into dentistry” which was instituted by his predecessor, Dr Sarah Wollaston, but ended with the general election.

Mr Hunt defeated Anne Marie Morris MP (Conservative) for Newton Abbot. Questions have been asked on social media about whether his election, just 18 months after he left the post of Secretary of State, raises some conflicts of interest.

And from the Opposition…

Rebecca Long-Bailey Salford MP, who is running for election to head the Labour Party, has been accused by (Tory) blogger, Guido Fawkes, of having private dental treatment, despite her being vehemently opposed to private medicine in all its forms and health charges.

He alleges that she had teeth straightening and whitening in 2018 ‘to give her a more photogenic smile ahead of her leadership run’. Her office responded to these allegations by saying:“A source close to Rebecca Long Bailey says we don’t comment on the dental records of candidates for the Labour leadership.”