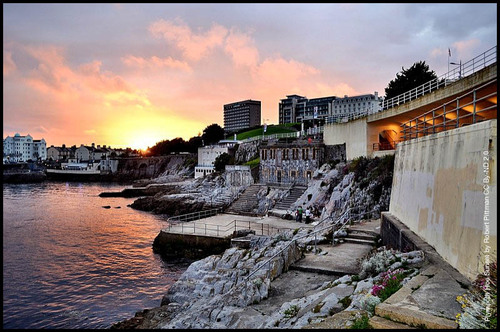 There were over 14,000 people on the waiting list for an NHS dentist in Plymouth in October 2019, and the number is continuing to increase. The news comes after the BDA revealed back in November that more people in Devon and Cornwall are struggling to access NHS dentists than anywhere else in England.  GDPC chair, David Cottam claimed that this was due to a ’perfect storm’ of underfunding, failed contracts and recruitment problems.

Kate Taylor Plymouth Labour Councillor shared the figures on Twitter, saying that the situation ’just isn’t good enough’. Here is a map of Plymouth residents on the NHS dental waiting list by electoral ward," she wrote. “There were over 14,000 on the waiting list in October 2019 and this is increasing monthly. This clearly disproportionately affects the poorest and most deprived in our city, it just isn’t good enough."

A spokesperson for NHS England and NHS Improvement in the South West said: "The key issue in Plymouth, as elsewhere in Devon and Cornwall, is the inability of dental practices to fulfil their contracted number of UDAs because of difficulty recruiting and retaining dentists. If those contracts had been fulfilled over the past year, then there would be no waiting list in Plymouth.

"NHS England is currently reviewing the provision of NHS dentistry in Plymouth and continues to work closely with providers, both to address underperformance and to commission additional UDAs where there is capacity. Locally and nationally, there is a focus on supporting recruitment and making NHS dentistry more attractive."

Another report has revealed the “shocking” state of dental health in Plymouth. More than 600 children had teeth out under general anaesthetic last year - with four times as many from the poorest neighbourhoods compared to the least deprived. One expert described the figure as “shocking” and said it was the “tip of the iceberg.”

Rob Witton, director of community based dentistry for the Peninsula Dental School in Plymouth, warned the situation would get worse without action. He said: “We have a particular problem in this city.” He added that the report could be used as a “manifesto for action” to support more NHS dental provision.

The council’s Cabinet member for children Jemima Laing: “I think if 623 children in our city were undergoing general anaesthetic every year to have another bit of their body removed  there would be absolute uproar, so I find this so shocking.” The Labour councillor added: “If there was something happening to children in this city that was getting worse because they didn’t have access to something to fix it - if it wasn’t teeth - I think there would be absolute outrage. We need to be more outraged, and we need to be demanding as a city that this is fixed, sorted.

Fears have been raised that some Portsmouth areas could remain without an NHS dentist, despite warnings from city politicians. Councillors have said they are worried about NHS England’s attitude towards replacing dental practices in Portsmouth.

Members of Portsmouth’s health and wellbeing board agreed to ’push’ for answers from NHS England as the procurement process for new dentists in the city revealed specific locations were not being considered. After Swiss-company Colosseum Dental shut down its three city practices without warning in July last year - leaving 20,000 patients without an NHS dentist - councillors demanded replacements must be found.