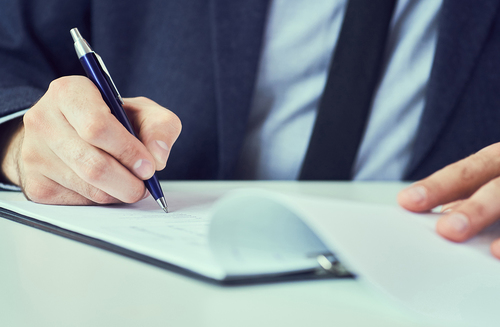 The letter, drafted by Tony Kilcoyne and headlined ‘A lack of funding and an increase in bureaucracy have left NHS dentistry in a rotten state’, was published in the Daily Telegraph on January 2. It had been ‘signed’ by 1,003 dentists including, it would appear, the chair of the General Dental Practice Committee, Dave Cottam.

It was accompanied by an article from the paper’s health editor, Laura Donnelly, which focussed on the rise in illegal tooth whitening, highlighted in the letter. Interviewed by the paper, Tony said urgent action was needed to improve patient access. He said young people were turning to beauticians and DIY kits to attempt to create perfect smiles. He added: “We’ve seen a big increase in straightening in the last year, and whitening has been increasingly popular for a good few years, with Instagram and social media making people like the idea more. The problem is people are having this done illegally, by beauticians, hairdressers, or buying kits online, and this can result in major damage.”

Responding to the letter a Department of Health and Social Care spokesman said: “We want everyone to have access to high-quality dental care and in the last two years over 22 million adults were seen by a dentist. It is illegal for anyone other than a dental health professional to perform a tooth-whitening procedure. Trading Standards can prosecute any company using or supplying an illegal concentration of hydrogen peroxide for the purpose of tooth whitening, and added: “Improving oral health is part … our NHS Long Term Plan – backed by an extra £33.9 billion a year by 2023-24.”

Text of letter as published

SIR – Dentistry in England remains stuck in a morass of central neglect that is very bad for the public and for dental professionals.

The Government has no credible national dental prevention strategy and is only resourcing NHS dentistry at half what is really needed today. Meanwhile we still have Third World charities expanding their dental activities in this country. The foremost medical reason any child is admitted to hospital in England remains rotten teeth – an almost 100 per cent preventable problem. About half of adults suffer gum disease that science now links to medical problems like heart disease, too.

Dentists and their teams are also buried under increasing bureaucracy targets. We work with one arm tied behind our backs, while being too easily bypassed by openly compromised or even illegal providers of whitening and braces, with patients not even visiting a properly registered dentist face to face first. It makes a mockery of our high standards, training and care and, even worse, leaves the public exposed to risks.

The new Government must fix these serious dental issues credibly. If it can’t do even that, then how can we have faith that it can fix anything else?
Tony Kilcoyne
Tony Jacobs
Founder, GDPUK
Amanda Lim
Khalid Anis
and 999 others: see telegraph.co.uk