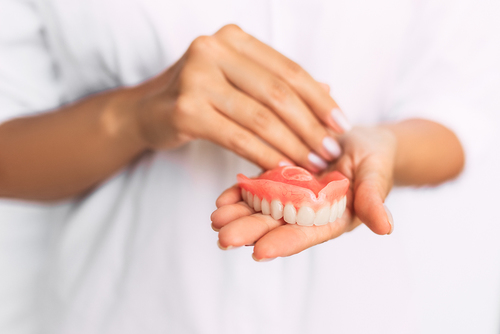 A 75-year-old man in China almost choked to death after accidentally swallowing his dentures while eating a meal. The dentures were lodged in his throat for about eight hours before they were removed during emergency surgery, according to a report by DrBicuspid. Zhu Benbiao was rushed to the hospital by his family after they noticed he had difficulties breathing and eating.

He was scanned at the hospital, and it revealed that one of his two dentures was stuck at the bottom of his throat. An endoscope revealed that the false teeth were stuck sideways near his trachea and oesophagus.

As a result, Benbiao had to undergo emergency surgery, which had to be completed immediately because doctors estimated the dentures had been stuck for about eight hours. If the doctors hadn’t acted fast, the man would have died of asphyxiation. Happily he is expected to make a full recovery.

A similar case of dentures getting stuck in a person’s throat was reported in the UK last August when a 72-year-old man’s dentures became stuck in his throat during a surgery to remove a benign lump from his abdomen. Eight days later that doctors discovered the teeth on a radiograph after the man returned to the hospital, complaining of pain, bleeding, and trouble swallowing.