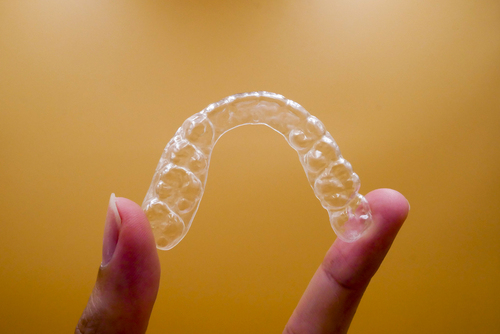 Business Insider reports that Hindenburg Research has released a report on SmileDirectClub detailing the company’s issues and reasons the firm decided to short the stock. The report details financial, regulatory, and competitive reasons why Hindenburg sees their stock falling 85% below current levels. In September, they posted the worst first-day performance since 2007 for a US initial public offering over $1 billion, according to Bloomberg data.

SmileDirectClub might not be smiling much longer, says Business Insider. The company, which recently launched in the UK, is "carelessly cutting corners in a field of specialized medicine, putting customer safety at risk," the analysts at Hindenburg Research wrote. They said that the company’s stock — currently trading around $14.60 a share — has 85% downside. The firm slapped a meager $2 price target on the shares.

The strongly worded report comes just weeks after SmileDirectClub’s initial public offering posted the worst performance for a US IPO over $1 billion since 2007, according to data compiled by Bloomberg. It closed 28% below its offer price on the first day of trading.

"SmileDirectClub is taking the startup approach of ’moving fast and breaking things’," analysts wrote. "In this case, unfortunately, they seem to be ’breaking’ many of their customers’ teeth." A number of state regulators and medical organizations have declared the company’s practices illegal. In at least two states including Alabama and Georgia, dental boards have enacted rules that make some of the company’s practices illegal, the analysts wrote, noting that complaints have been filed with the Federal Trade Commision, the US Food and Drug Administration, and boards in at least 36 other states.

The Better Business Bureau has received more than 1,200 complaints about SmileDirectClub in its five years operating, according to the note. The American Dental Association and the American Association of Orthodontics have both spoken out against SmileDirectClub, alleging that it puts patients in danger by illegally practicing medicine.

Hindenburg called it "another ugly IPO that has somehow avoided even basic scrutiny," in the note, and expects that the stock will be further cut in half "several times over the next 6 to 12 months."  SmileDirectClub has grown revenues 83% over the last few years, according to the note. But at the same time, it’s substantially increased its net losses and cash burn. The company is on track for a 2019 run-rate of negative $196 million, more than its run rate of negative $114 million in 2018.

Part of the problem is that the company has extended financing to about 65% of customers, according to the note. The company has $201 million in debt, according to a company filing. The largest piece is $151.3 million drawn on its JPMorgan revolving credit facility. All things considered, it’s likely that the company will "re-tap the equity markets by the end of 2020," analysts wrote. "That, of course, assumes the company’s operating metrics stay on the same course," they said.

The report also details many ways that the company is putting customers at risk, from recounting customer horror stories with at-home molds to problems with the company’s aligners. In addition, the company has filed many lawsuits against critics and asks that dissatisfied customers who want a refund sign a release that prevents them from speaking out against the company. That includes filing negative complaints on social media, with regulators, and asks that they withdraw any previously filed complaints, according to The Capital Forum.

Beyond the service, the analysts point out that disrupting dentistry has a low barrier to entry. There are a number of other companies that provide similar services, such as Invisalign, Uniform Teeth, Orthly, Candid, and more.

SmileDirectClub wrote in a statement to Markets Insider that they view legal actions including the report as attempts to thwart competition. "Recently, there have been media statements by dental trade organizations and allegations in a class action lawsuit filed in Nashville federal court that purports to question the safety and legitimacy of SmileDirectClub’s pioneering teledentistry platform," the company said in a statement sent to Markets Insider.

They continued: "There is no factual basis nor scientific or medical justification in these allegations to substantiate the false claims made about our model and the state-licensed doctors in our affiliated network. Backed by evidence, SmileDirectClub denies the allegations made in the class action lawsuit and by these dental trade organizations and their members, and we will vigorously defend our business model against any entity working to limit consumer choice.”