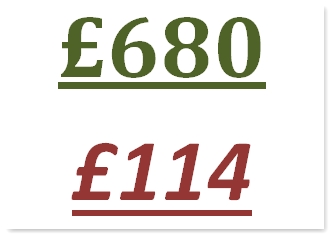 Dentists around the UK have celebrated a drop of nearly a quarter in the General Dental Council’s (GDC’s) Annual Retention Fee (ARF) for dentists, following its recent consultation on its three-year strategic plan.

The new rate of £680 is broadly in line with where the ARF would have been had it only increased in line with inflation since 2014, when fee levels leapt from £576 to £890.

The BDA has described the drop as a welcome return to reality. It has long criticised both the regulator’s plans to expand its remit beyond its statutory duties, and its preference for holding excessive financial reserves. GDPUK believes the reserves amount to £750 held by GDC for every dentist registered.

Instead, the reduced fee seems to recognise the improvements made to current processes and the focus on working more positively with the profession in a number of ways. The GDC will be introducing registration and assessment fees to address the issue of cross-subsidy between different groups of registrants. Further information on these new fees is expected in due course.

BDA Chair Mick Armstrong said: “Today the GDC gave up its place as the most expensive health regulator in the UK. It’s welcome news, and has been a long time coming.

“Every dentist in the UK will appreciate a reduction in fees, from a level the GDC was never able to justify. It represents a return to reality for a regulator that had lost the confidence of this profession, and now recognises the need to rebuild trust.

“The BDA has lead the call for an efficient, effective regulator, willing to live within its means. This is progress, and if transparency can be maintained this association and this profession are prepared to work with the GDC to achieve those goals.”