End of fillings ‘still a very long way off’ 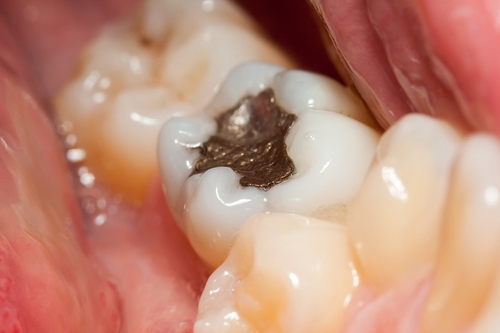 The end of dental fillings was forecast once again after scientists in China discovered how to regrow tooth enamel. Previous attempts to recreate the outer layer of teeth have proved elusive. Commenting on the claims, Prof Damien Walmsley, said: “This is exciting but it’s still a very long way off.”

The article, Repair of tooth enamel by a biomimetic mineralization frontier ensuring epitaxial growth, appeared in Science Advances, by scientists at the Zhejiang University School of Medicine in Hangzhou, China. They found that mixing calcium and phosphate ions with the chemical triethylamine in an alcohol solution, causes enamel to grow with the same structure as in teeth.

Commenting on the Chinese claims, Prof Damien Walmsley, scientific adviser for the British Dental Association, told the Daily Telegraph: “This is exciting but it’s still a very long way off. A lot of other things need to come together before we can successfully grow back a tooth. I think we’ll eventually get there in 10 to 20 years.”

The regeneration of tooth enamel, the hardest biological tissue, remains a considerable challenge because its complicated and well-aligned apatite structure has not been duplicated artificially. We herein reveal that a rationally designed material composed of calcium phosphate ion clusters can be used to produce a precursor layer to induce the epitaxial crystal growth of enamel apatite, which mimics the biomineralization crystalline-amorphous frontier of hard tissue development in nature. After repair, the damaged enamel can be recovered completely because its hierarchical structure and mechanical properties are identical to those of natural enamel. The suggested phase transformation–based epitaxial growth follows a promising strategy for enamel regeneration and, more generally, for biomimetic reproduction of materials with complicated structure.