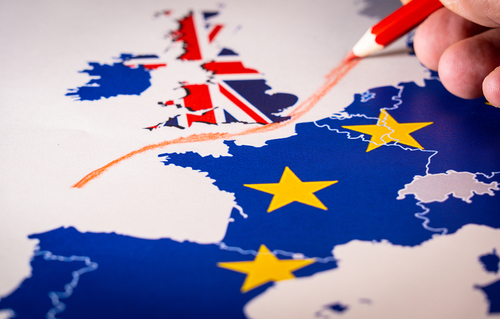 BDA PEC Chair, Mick Armstrong, was a signatory to a letter to the prime minister, from the heads of 17 royal colleges and health charities across the UK saying that  clinicians were "unable to reassure patients" their health and care will not be affected by a no-deal Brexit. They went on to say they have "significant concerns about shortages of medical supplies".

The Government has said it was working with the health sector on "robust preparations". A spokesman for the Department of Health and Social Care said the government was doing "everything appropriate to prepare to leave the EU on the 31st October, whatever the circumstance".

The professions’ letter, co-ordinated by the Royal College of Physicians, is signed by the heads of organisations including the British Dental Association, the Royal Pharmaceutical Society, Kidney Care UK and the Royal College of Emergency Medicine. It calls for the Health and Social Care Secretary Matt Hancock to be put on the EU exit strategy committee chaired by Michael Gove, who is in charge of no-deal planning.

The signatories argue that - given the scale of the NHS - without sufficient planning, even the smallest of problems could have "huge consequences on the lives of millions of people". And they say: "The public rightly expects candour from us, and we are simply unable to reassure patients that their health and care won’t be negatively impacted by the UK’s exit from the EU."

There are also, despite ongoing conversations with the Department of Health and Social Care, "significant concerns about shortages of medical supplies", the letter adds. "Delays at the border could exacerbate current supply issues and create the very real possibility that life-saving medication is delayed from making it across the Channel." More than two-thirds of the UK’s pharmaceutical imports come from the EU.

A spokesman for the Department of Health and Social Care said the government was working closely with the health and care system and industry on robust preparations. "Patients can be reassured,” he said, “that our plans should ensure the supply of medicines and medical products remains uninterrupted and they will continue to receive the excellent standard of care they currently do."

But Saffron Cordery, deputy chief executive of NHS Providers, which represents hospitals and other trusts in England, said: "We are in a very challenging situation 11 weeks out, despite all sorts of planning taking place by health and social care systems.  I think we need to look at those items which cannot be stockpiled - short shelf life items such as supplies for radiotherapy, things which need refrigeration".