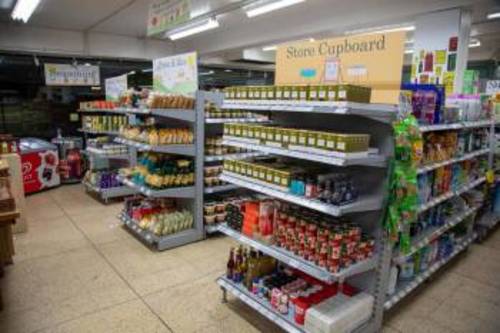 The London Evening Standard reports on the UK’s first ’healthy’ supermarket, following recommendations by public health experts, which has been launched in Central London. The store gives greater visibility to healthy foods, such as fruit, vegetables and pulses and less shelf space to products such as chocolate, crisps and sugary drinks.

A recent report released by the Royal Society for Public Health (RSPH) and Slimming World, titled ’Health on the Shelf’ has uncovered how the layout of supermarkets, their pricing strategies and general ambiance are fueling obesity, as prominence given to unhealthy food plays a significant role in shopping choices made by customers. Research revealed that 15% of people believe supermarkets cause them to ’go off track’ in their efforts to lose weight, whilst more than one in three claim they impulse-buy unhealthy food and drinks because supermarkets put them on special offer.

The report encouraged retailers to address these issues and released a series of recommendations, one of which was to re-consider store layouts in favour of more health-focused designs. The report advised supermarkets allocate less shelf space to products such as chocolate, crisps and sugary drinks, and give greater visibility to foods based on the Government’s EatWell guide, such as fruit, vegetables, pulses, lean meat and water.

It also encouraged the removal of unhealthy products from eye level, from checkouts and from end of aisle promotions, unless - in the case of the latter - a healthier option is also on promotion, and stated retailers should be more transparent about paid-for product placements, if permitted in-store. Additionally, healthy snacks should be handed out to shopping customers, the report suggested, whilst live food demonstrations should take place showing how ingredients can be used to create healthy dishes.