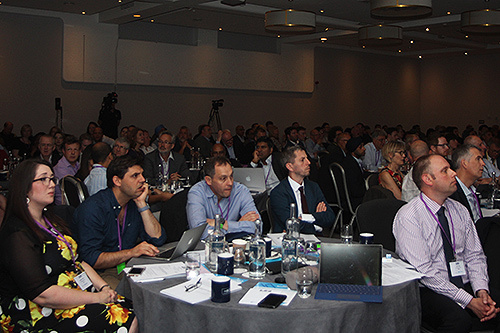 The LDC Conference this year unanimously approved a motion applauding those local authorities taking forward water fluoridation. Simon Hearnshaw, a dentist who works for Health Education England, and who put forward the motion, said: “To have this kind of unanimous response from dentists highlights just how strongly we all support fluoridation of water and want to see the oral health of our young patients improve.”

The vote was an important milestone for the newly formed Community Water Fluoridation network. The network’s role is to make sure that public consultations are informed by scientific evidence and accurate representation of the needs of families in their locality.

Local Dental Committee members have provided the impetus for the network which is supported by a wide range of dental, medical, child and health-related organisations. Among them are NHS England, the British Fluoridation Society, the National Children’s Bureau, the British Dental Association, the British Society of Paediatric Dentistry and the Association of Dental Groups.

Water fluoridation is approved by parliament but since 2012, local authorities which want to implement the public health measure must first carry out a public consultation. The network is at the ready to put forward dental and medical spokespeople from local communities who will answer questions and describe the dental challenges they are dealing with almost daily and the difference water fluoridation could make. They will be ready to attend events and meetings over the course of the consultations so that there is consistent dental representation.

In 2016-17, more than 42,000 hospital admissions in England were for the extraction of decayed teeth, mostly in very young children, who cannot be treated in general practice, costing more than £50m. Areas where water is not fluoridated have a disproportionately higher number of children suffering from dental decay. Six million people in the UK live in areas where the water supply is fluoridated and a further one third of a million live in areas where the water has naturally occurring fluoride.