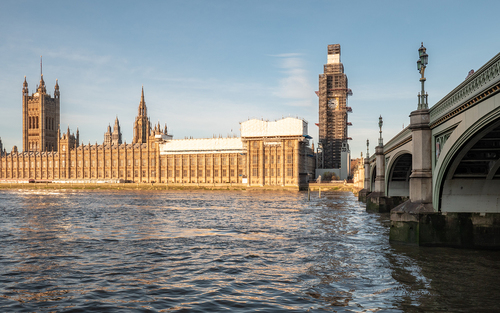 During Health Questions in the House of Commons, Portsmouth MP Stephen Morgan said ‘thousands’ of his constituents would be left without access to (NHS) dental care because three practices in the city were closing. The BDA has also published a blog by Eddie Crouch who said the city no longer had a single practice that could accept new NHS patients.

“Thousands of my constituents will be left without access to dental care because a Swiss-owned investment firm has decided to shut three practices in my city. What is the Department doing to ensure that the people of Portsmouth have access to vital oral health services?”

“I understand the hon. Gentleman’s concern. As I understand it, the Colosseum dental group practices will remain open until 31 July. NHS England has put in place plans to ensure that where possible patients currently undergoing dental treatment will complete their course of treatment before the practice closures and is working with other local dental practices to provide additional capacity to treat patients as well as considering the longer-term options for procuring dental services in the Portsmouth area.”

“For us, this crisis has building for many years – this just adds to the evidence that we are now truly at breaking point.  And we’ve made it our business to get this story onto the media’s agenda. I told ITV that we need receptive ears in NHS England and the Department of Health to produce solutions because we as a profession want to provide proper care for our patients.
“And we’ve been working with local dentists who are seeing the effects of this failure. Phil Gowers, Chair of the Hants and Isle of Wight Local Dental Committee, was clear about the impact of this failed contract, which puts an incredible amount of stress on teams, affects staffs mental health, and that those with the highest amount of NHS contract have the lowest morale. Phil said what we all know - prevention is more effective than cure, and these closures will inevitably put people off attending regularly.”

In the same session of Oral Questions to the Health Secretary, Labour MP Anna Turley (Redcar) asked what steps were being taken ‘to ensure that vulnerable people are not unfairly penalised for incorrectly claiming free prescriptions’, citing a constituent of hers, a woman with severe learning disabilities and anxiety, who was incorrectly ‘hit with a £100 penalty charge’.

The Minister concerned, Seema Kennedy MP, said that last year prescription and dental fraud cost the NHS an estimated £212 million. “It is absolutely right that the Government take steps to recoup that money, so it can be reinvested into caring for patients,” she said.

The questioner received support froma Conservative MP, Sir Desmond Swayne (New Forest West) who said: “I have constituents who are furious at repeatedly receiving penalty notices that subsequently have to be quashed. The system is rubbish, isn’t it?”