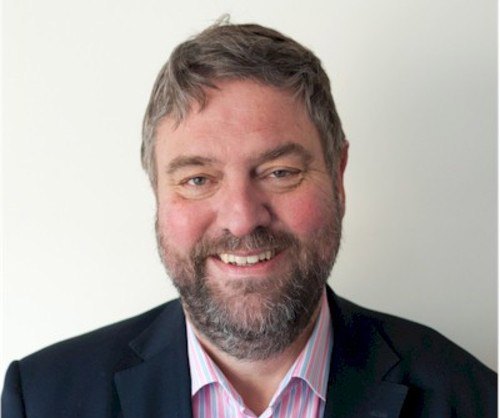 GDPC Chair, Henrik Overgaard-Nielsen, (@brexithenrick) has announced that he is standing as the Brexit Party (@brexitparty_uk) candidate in the North West of England. As well as being the Chair of the General Dental Practice Committee, Henrik is a Danish national.

Announcing new candidates on Twitter, the Brexit Party, whose leader is Nigel Farage, said it is putting up people from all backgrounds who are all committed to ‘delivering the will of the people’.

Whether there is any conflict of interest between his role as GDPC Chair and that of a potential MEP will be for the Committee to decide. It next meets on Friday May 3.

Interviewed in the Daily Mail, he was described as a European immigrant aged 59, a Danish national, who has lived in the UK for more than 20 years with his British wife and children.

He is an NHS dentist, senior trade union official and a socialist, who lives in London and is standing in the North West of England as a candidate.

Mr Overgaard-Nielsen said he was involved in the campaign in Denmark in 1992 to reject the Maastricht Treaty, which he said was then rejected by politicians in that country.

He said: ’What’s happening in the UK now, happened in Denmark in 1992. The establishment did not like the answer people gave them, so they told us to vote again.

’What happened in Denmark is that democracy was overturned, voters ignored and the decision of the people cast aside.

’The Brexit Party is the way we can stop history repeating itself.’

Voters will go to the polls, if the European elections are held, on May 23.

Mark Preston 10 months 4 days
https://www.pscp.tv/w/1vAxRWlongDKl
is a link which shows a presentation by the Brexit party introducing some of their new candidates for the upcoming EU elections. This is a very divisive issue, but I believe Henrik Overgaard-Nielsen would make an excellent MEP, if elected. A truly racist and fascist party would not have gained so much support so quickly if opinion polls are correct. Unlike civil servants practising dentists are, I believe, currently free in this country to represent any legitimate political party they want. Long may this continue to be the case. The above link presents a variety of new Brexit Party candidates who have been recently selected, and none appear to me to have particularly extremist views. They all just happen to be passionately in favour of Britain sticking to it's democratically arrived at decision to leave the EU.
-1

This individuals membership of an inherently racist, fascist party is bad enough but now he's put himself up as one of its standard bearers he has brought Dentistry and the BDA into disrepute. If the BDA don't expel him I would urge all decent members of our profession to urgently cancel your BDA membership !
1