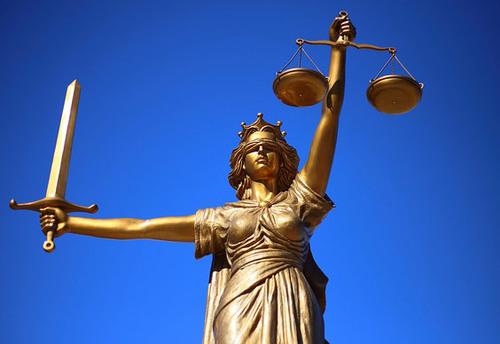 There has been growing disquiet among the UK’s dental and medical representative bodies following the leak of an interim report on radical changes to the organisation of the judiciary.

GDPUK.com received a copy of the report on Friday. The document was officially released to the Bar Council and Law Society on Thursday and the timing was thought by dental organisations to have been cynically coordinated to coincide with the extensive parliamentary Brexit debates so that it gained little attention, although the Financial Times carried a piece on the release on Friday.

A major review of the organisation of the High Court carried out by the Attorney General and Solicitor General over the past three years has been examining the current High Court structure, particularly in relation to cases of medical negligence and ethics. They have concluded that none of the current branches of the High Court – the Queen’s Bench Division, Chancery Division or Family Division – are adequately equipped to deal with medical or dental cases and that there is a dire need for a new Medical and Dental Division.

The report indicates that the review process has taken testimony from the General Dental Council and General Medical Council, but has not sought input from professional representative bodies allied to dentistry or medicine. Currently, the GDC is reviewing its own processes following consultations with members of the profession and is thought to have been welcoming to the new proposals which would enable it to effectively delegate all disciplinary procedures to the Medical and Dental Division of the High Court.

The 300 page interim report outlines how the new High Court Division will work in practice, and with regard to dentistry, it will absorb all GDC disciplinary matters into its remit. The only role for the GDC will be in collating case information and statements and then releasing them for members of the judiciary to review and either set aside cases or set court proceedings dates. The Fitness To Practice Committee process will be scrapped although the GDC will still rule on the ability of practitioners to practice due to medical conditions. Similar arrangements will be brought in for the medical profession.

The new proposals will mean that not only will guilty registrants face similar sanctions to those currently imposed by the GDC, but if found guilty, they will also be subject to court penalties equivalent to those imposed in Tort case, as well as have to bear court costs.

The review was brought about following parliamentary concerns at the growing cost of medical negligence cases, particularly with regard to hospitals, which often settle out of court at the detriment of patient care. The government has also received pressure from medical and dental indemnity organisations to help clamp down on frivolous claims by patients and the government, in a statement by the Secretary of State for Health, Matt Hancock last September he indicated that “Matters are under close scrutiny.” The report indicated that the tsunami of claims handled by the indemnity organisation claiming compensation could be reduced if they were referred to the new court system.

Although details in the interim report are sketchy, it indicates that with regard to medical and dental negligence cases, there will be an unprecedented blanket ban on ‘settlements’ being made without first being reviewed by the judiciary. It is not clear whether this means that all cases will need to be heard or whether a paperwork review in chambers will be carried out. In the report it indicated that it is the intention of the government to reduce complaints in the long-term, in order to relieve the crisis in recruiting candidates for medical and dental training, particularly with Brexit potentially reducing the import of trained medics.   A YouGov survey last year indicated that 63% of A-level students studying science subjects were deterred from applying for medical degrees as a result of the fear of litigation.

Initially, it has been foreseen that 90 new judges will be recruited to the new court, either taken from the lower County Courts and Criminal Crown Courts or promoted from the ranks of Queen’s Counsel. They will receive a month’s ‘specialist’ training but will be advised during cases by a team of full-time dentally or medically qualified support staff.

A major concern at the interim report’s proposals is the question of funding of the new court. While most of the cost will be borne by the government, the Solicitor General pointed out that the medical and dental professions are already used to paying for self-regulation and will “more than likely” embrace the new system and the inevitable rise in annual fees during the period of settlement of the new system. “Costs will hopefully reduce in time as frivolous litigation is discouraged by the new rigorous system.”

A spokesman for the General Dental Council, who refused to be named told GDPUK.com:

“There will clearly be a rise in the annual retention fee for registrants. Not only will the cost of the legal profession and judiciary rise, but also the cost of training and paying the salaries of the new dental advisors. Also, those judges and barrister’s wigs are incredibly itchy. Have you seen the cost of Comfort these days?”

Please note: This article was originally published on 1st April 2019.