The ‘cereal killer’ on your breakfast table 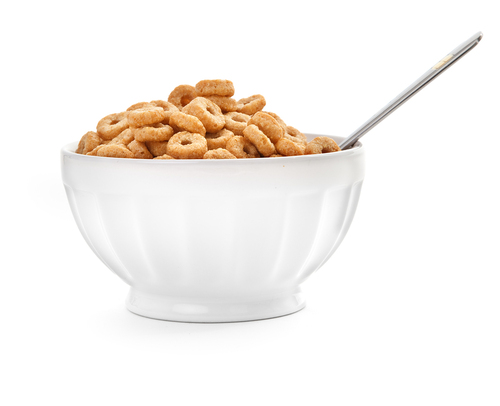 Researchers say the bowls depicted on the cereal packaging contain three times more food than the portion size recommended in their nutrition panels. The authors say patients should be made aware of the ’cereal killer’ lurking on their breakfast tables. The Association of Cereal Food Manufacturers said: “Breakfast cereals are an important source of fibre, vitamins and minerals.”

The study, in the British Dental Journal, investigated 13 top UK breakfast cereals, including Crunchy Nut cornflakes which, like Frosties and Coco Pops, are 35% sugar by weight. Their packaging recommends maximum portion sizes of 30g — but shows large images of bowls “brimming to the top with cereal and milk” and containing 90g of cereal. “This suggests that if the imagery on the cereal packet is imitated, children aged 4 to 10 would be exceeding their daily limit of free sugars by 12.5% by eating one bowl of cereal,” the study says.

The authors of this paper chose to investigate the oral and general health messages contained on the packages of popular breakfast cereals marketed towards children in the UK. Thirteen cereals were selected and the packaging evaluated – images, nutritional content and health claims were all assessed. The results of the study showed that the majority of popular breakfast cereals marketed towards children had what was classified as high sugar levels: containing over 22.5 g of sugar per 100 g of cereal.

They reported that nutritional claims such as ’added folic acid’, ’high in vitamin D’ and ’high in iron’ were popularly placed on packaging and when mixed with emotive language like ’yummy’, ’delicious’ and ’tasty’, it is clear why these breakfast cereals remain high on our shopping lists.

An interesting finding from this article was the deceptive nature of the imagery appearing on the packaging. It was found that portion sizes depicted on packaging were almost three times the size of the recommended serving size, leading to consumers serving up much larger portions than necessary and thus increasing their sugar intake even more. The researchers concluded that the majority of the cereals in the study had a high sugar content despite the ’healthy’ claims made on the packaging.