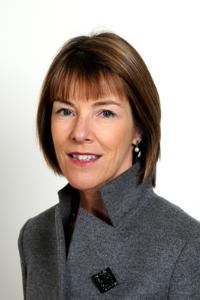 Evlynne Gilvarry, Chief Executive and Registrar of the General Dental Council, has outlined some key changes taking place at the GDC in the publication PoliticsHome, which is read by many MPs, civil servants and opinion formers. She concludes that they are aware of the challenges of the past and have actively confronted them. “Our performance is improving and the programme of change is already yielding significant results”.

“There are a number of significant changes taking place in the dental care landscape. I am sure you all see this through your interactions with patients and colleagues. I wanted to set out how the GDC is evolving so that we may meet these changes together. At the heart of this is ensuring patients have access to safe treatments performed by well-trained professionals.

“The GDC’s role in dealing with complaints about dental care is a key element of our approach to effective regulation. A major surge in the number of complaints over the last 4 years – up 115% since 2011 – imposed significant pressures on our resources and exposed the need for significant improvement.  We have risen to this challenge, implementing a major change programme that is already delivering real improvements in the efficiency of the complaints process. We want to operate a process that reduces the stress of a complaint for the patient and the dental professional alike.

“We also aim to achieve the right balance between dealing with complaints quickly and achieving a fair outcome for all parties. It is for this reason that we have reviewed our processes to ensure that they are as efficient as they can be within the existing statutory constraints. We have invested substantially to clear a backlog of cases that had built up over the years of big increases in complaints. We have completely overhauled our training and performance management of staff, and upgraded our IT systems. I think it is important to set out the impact that this is having.

“Our most recent data shows that we are making progress in all stages of the process.

“This improvement does not show through in the latest Performance Review due to the historical nature of the evidence the PSA use in their process. However, I am very positive about the direction of travel of our fitness to practise function.

“We are confident that a number of other steps and reforms we are taking (for example, the proposed introduction of Case Examiners with powers to dispose of more cases at an earlier stage and an ‘end to end efficiency review’ of the complete FtP process) will result in further, greater improvements.

“Our programme of change is not limited to fitness to practise process but spans the entire function.  The steps we are taking range from structural changes to reduce operating cost such as bringing our legal work in-house in order to reduce the reliance on external lawyers

“We are aware of the challenges of the past and have actively confronted them. Our performance is improving and the programme of change is already yielding significant results. We are also working with other bodies – such as NHS England and the Care Quality to improve the overall system of dental regulation in the UK, in particular in the area of dealing with complaints. We are committed to ensuring that we are more efficient, effective and proportionate. This should bring benefits to patients and the dental profession.”