All that's new in the world of dentistry
JUN
23
0 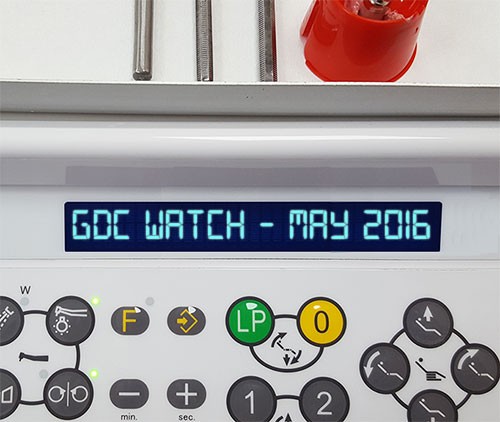 During May I spent some time reading the Medical Practitioners Tribunal Service hearings list.  MPTS deliberated issues including inappropriate relationships with patients, physical altercations with patient family members and performing inappropriate intimate examinations of patients without chaperones.  Comparably, the FtP panels of the GDC were reconvened to consider the issues that NHS England probably ought to be dealing with.  Charge sheets were littered with allegation minutiae of the usual failures in record-keeping, and whether bouncing balls made of impression material in corridors might contribute to a finding of misconduct.  It’s not specified if the balls were alginate, addition or condensation-cured silicone, or Impregum, and they may or may not have been bounced in front of colleagues or patients and the date of the alleged bouncing was unknown. But those facts aside, I am sure it was fairly clear-cut!

If anyone is interested like I am in comparing the differences between the MPTS and GDC FtP charge sheets to see how MPTS put theirs into the public domain, let me give you an example:

MPTS announcement:
‘The tribunal will inquire (note the inquisitory tone) into the allegation that in April 2014, whilst working as a Specialty Trainee in Obstetrics and Gynaecology, Dr X’s actions towards a patient were not clinically indicated and were sexually motivated’ (and then some further housekeeping information and notes for interested journalists).

GDC announcement:
‘Charge (note the accusatory tone) that……..(insert pages and pages of specific individual allegations painting a poor picture of the registrants practice and behaviour)......
And that, in relation to the facts alleged, your fitness to practise as a dentist IS IMPAIRED (note the suggestion that the outcome is already proven) by reason of your misconduct +/- deficient clinical performance’ (and if only deficient clinical performance then perhaps add some dishonesty for good measure).

I know which presentation of the forthcoming hearing sits better with Article 11 (presumption of innocence).   Furthermore, if the charges are not meant to be taken literally (as I am advised they should not be without knowing the relevant context of the case), then it begs the question whether they ought to be made public?   Dishonesty I will touch on later but I feel the GDC ought to be looking at how they present their charges of these public hearings and I believe that a new approach to how the charge is put into the public domain is needed.

But back to last month’s cases of interest of which there were a few:

Interim Orders acted extremely swiftly to curtail two attention-grabbing business ideas with potential to breach GDC standards, or encourage UK registrants to. One related to provision of orthodontic aligners direct to the public without a prior examination and the other was referral incentives for implant treatments referred to a clinic abroad.  Both registrants had conditions imposed clipping their entrepreneurial wings.  I later received an email from another company looking to ‘partner-up’ and offering me payment for helping with certain aspects of their ‘ortho-direct-to-patient’ business.  Possibly the best of both ‘GDC standard-breaching’ worlds in that email, but seemingly no UK-registrant behind it to take through an FtP.

The PSA failed in their appeal of a health-related case.  The PSA alleged that the case was under-prosecuted by the GDC, and that an unduly lenient sanction was given with insufficient reasons.  The registrant, who was placed on conditions by the Health Committee for what appears on reading the determination to be extremely cogent and reasonable reasons, had complied with all the conditions and made huge efforts at remediation.  He was extremely anxious about the prospect of the matter being remitted back for reconsideration and is obviously now very relieved.  He told me that the GDC have been a life-saver to him, and that his case shows how some good can come out of FtP procedures, although the time left in limbo has been tortuous.  Additionally, it is worth giving credit to the GDC for their handling of the appeal, as they described the conduct in broad terms and kept the health condition out of the public view.  The PSA did not however, and some very private material relating to this registrant has now been read out publically in court, which was awfully nice of them.

In the conduct arena, Mr Radeke ‘won’ an appeal in March 2015 against an incorrect PCC decision to erase him over dishonesty and the case was remitted for a new PCC to reconsider the appropriate sanction.  He remained suspended only until the end of May 2016 when the case was finally reheard.  When I say ‘won’ an appeal, this is really in a loose sense of the word.  The wins on appeal are often pyrrhic victories.  Registrants who have gone through FtP and appeals suffer enormously through stress, anguish, accusations (perhaps false), public humiliation, financial turmoil and can still find themselves unemployable after a ‘victory’ not to mention their families breaking down or having to go bankrupt in the meantime.  I do not wish for second that anyone who reads my blog on FtP thinks that any sarcasm or satire is an attempt to trivialise something that I take tremendously seriously and have had, at times, invading my own sleep.  Nonetheless, Mr Radeke’s case involves an unarguably disastrous patient death following treatment, but the original panel had attached incorrect significance to the ASA of the patient prior to treatment and ostensibly decided that the registrant had committed perjury to the coroner; which is a criminal offence.   This case, along with the Kirschner case, suggests to me that dishonesty is something that we need absolute confirmation from the GDC that their selected panel members are capable of handling appropriately, given that the GDC like to levy it at registrants at such a high rate (45% of conduct cases include a dishonesty charge if my memory serves me correctly on that FOI data).  If you are going to accuse, and then find someone guilty of dishonesty, you had better be sure you are getting it right, and that you properly understand the legal test.  Panel member names are redacted from final determinations, but in the interests of transparency ought not those who are the judge have their names kept in the public domain?  We do not see judiciary member names redacted in their judgments.  Perhaps someone in the know can comment on why this is the case?  For those interested in the Radeke appeal judgment to see what the problem was in the PCC decision-making, and it is worth reading just to compare the tone,  it can be found here:

In the ‘no misconduct’ case a registrant was reported to the GDC by the ‘GoodThinkingSociety’ (who profess to ‘encourage curious minds and promote rational enquiry’) for allegedly promoting the dangers of amalgam, misleading patients over the benefits of homeopathy and serving alcohol in the practice, and they are unrepentant about the outcome from the emails I have exchanged with them.  Why this case warranted a full hearing when we have false advertising attracting an unpublished warning in others is not obvious to me.  However, for reasons that evade us registrants who politely entertain patients with ‘alternative’ beliefs, a full hearing was considered justified.  The GDC scored the own goal this month by their appointed expert being shown evidence that changed his opinion at the last minute, and presenting a witness who maybe did not realise they were being engaged as a prosecution witness and seemingly blew the GDC case apart by being extremely supportive of the dentist at the centre of the hearing.  Aside from his obvious incredulity of being called as a witness (I think he may have written to the GDC to complain about the withdrawal of the 15cc of champagne on offer before an examination and then ended up being called) he told the panel that he could make his own mind up on what was good for him…….and if that was a small bottle of champagne before a check up, who are the GDC to say differently?  I am glad to hear that the residual champagne has now been consumed.  Cheers!

Finally, the statistics for May are:

By registrant type, there were 46 dentists, 11 dental nurses and 2 dental technicians involved in hearings this month.  As far as I could see, only 5 registrants were not present and not represented this month. 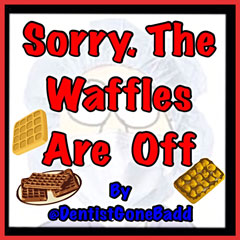 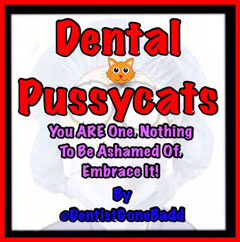