All that's new in the world of dentistry
FEB
06
0 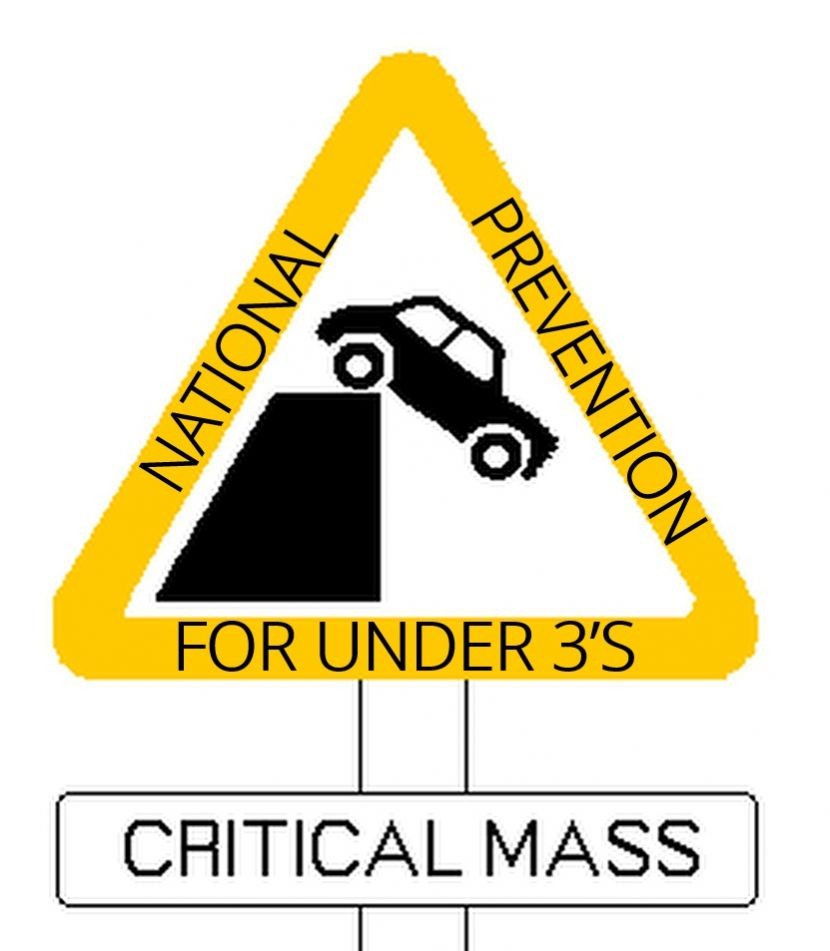 There is a concept in nuclear chemistry which many will be familiar with. Critical Mass has been adapted to apply almost any situation nowadays.   When a process of change is beginning, Critical Mass is used to refer to that point when change becomes inevitable.

What starts as a mood that change is needed becomes a minority activity with early adopters, eventually tipping over the edge for widespread general change for the better.

The bigger the system, the more one can see change with necessary Critical Mass at work on a daily basis

Is “Early Years” dentistry about to undergo a change of massive significance? Is the state of children’s teeth [as it relates to caries and GA Admissions] about to trigger a political Critical Mass change

The problem of course is this:

£3billion of funding, give or take, by the Government, aims at funding dentists to sit there waiting for patients to wheel their little rug-rats in for a ‘check-up’.

Sadly, two facts suggest this time-honoured approach is a fail.

Firstly only 50% of the population actually go to the dentist, and that is without weighting the numbers towards any problems with new migrant or ethnic groups.

Secondly, by the time the child appears for their check-up age 3-4, the caries is already established, the dietary patterns are embedded and the Prevention horse has, by and large, well and truly bolted.

http://www.hscic.gov.uk/catalogue/PUB17794/prov-mont-hes-admi-outp-ae-April 2014 to March 2015-toi-rep.xlsx  is a spreadsheet of child hospital treatment number suggesting in England alone some 110000 admissions for dental caries at about £670 per admission .

My back-of-my-vape-packet estimate is that some £73Million is spent [in England alone] with hospitals sorting out the fact that community prevention of dental disease in children has failed.  The medics have now woken up to the fact that this same diet is leading to an epidemic of child obesity and diabetes.

This pressure for change, smouldering for some time,  arguably gathered pace with the excellent planning document, Delivering better oral health: an evidence-based toolkit for prevention at

Then we have the January 2015 Faculty of Dental Surgery issuing this report:

The state of children’s oral health in England at

GDPs do their best - but what is needed?

Patently dental teams who care for caries affected early-years-children do their best, often with imaginative and innovative outreach, but the numbers for GA Admissions suggest the problems fires are still raging despite the attempts to limit the spread by the profession from the GDP model.

Is the demand for planning of a different dental intervention for the first three years beginning to gather momentum? Are we indeed reaching a point where the energy and desire for change to be planned means that significant change will indeed become a priority?

Just look at the last year of public domain comment and criticism of the present status.

Sugar is now being discussed in a widespread public debate about obesity [be it child or adult] and diabetes but led his time our medical colleagues. Caries is being discussed too.

Various media events [including the 3rd Daily Telegraph Letter] have taken place in which members of the profession have presented the view that the present system of delivery of dental care is simply failing to deliver any effective prevention to the early-years child.

It is also unclear if the new GDP Pilots will change much in the context of a developing problem and reducing financial resources in Government spending plan. It is clear the new CDO [NHSE] has sensed this and is trying to wind the initial changes back and see where the true problem lies an th evidence takes her.

Sadly, there is no real evidence, because we have a problem which requires action for which an integrated approach has never been trialled, let alone undertaken.

One example of the media attention is a recent BBC Look North slot with Dr Tony Kilcoyne.  The BDA it is reported are meeting with the Chief Medical Officer’s team.

Dentistry on its own is a small backwater of medical provision.

But when we start to get frequent interventions by the medical profession, increasing interest by the broadcast media, and an increasing public desire to understand and discuss the situation as it relates to THEIR dental health and that of their children,  … well anything can happen.

Now what happens to the GDP’s element of the  NHS Budget on the back of such changes is, of course, a separate discussion.

But can all this really happen? Will we really witness 2016 as the year that Critical Mass for real change will be reached.

I suggest the need for a “National Early Years Preventive Strategy” will be crafted which integrates medicine and dental care into a program targeted at mothers and their children and wider families that will aim to influence the diet and dental care of the under 3’s.

We as a profession have arguing this case for years and the Department of Heath have merely sat by.

I sense the medical profession are not going to sit idly by and watch the sugar/obesity/diabetes/caries scanal  wreak further havoc, be it to personal heath or their budgets.

We can but hope.

We can hope that as a profession we are included in the delivery of a  solution.

We can but hope that something better comes out of it for the wider work of Geneal Dental Practice.