All that's new in the world of dentistry
SEP
05
0 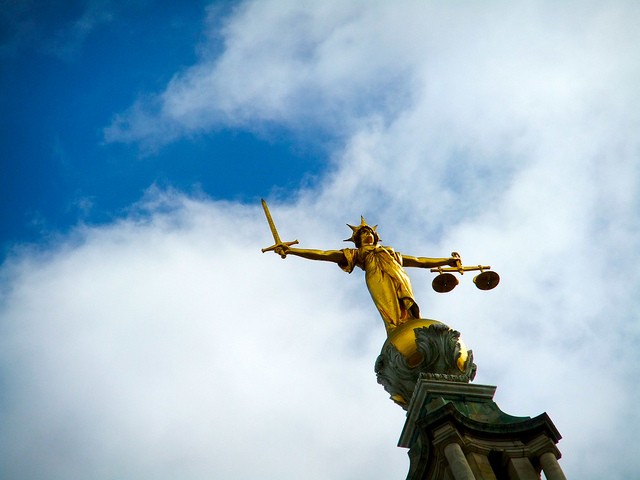 What happens when an Immovable Object meets an Irresistible Force?

Impasse. And so it would appear to have been for the last couple of weeks after the initial thrust of the BDA’s threats, and the parry and riposte of the GDC’s response.

However, I always thought it was going to be right at the end of the ‘consultation’ process that the BDA would make their next attack, and as we have seen yesterday, Mick Armstrong has told the GDC in no uncertain terms ‘ it’s 1 minute to midnight’. Waiting until the last minute has made sure the Judicial Review can’t be halted or paused to allow the consultation to finish, had it been launched prematurely and has made sure the GDC don’t get to see the BDA’s hand of cards early.

But this hasn’t actually seen the announcement of the BDA taking legal action to go to Judicial Review, and as such I bet a lot of people will be disappointed if they just look at this video superficially. I can see the posts on GDPUK forum that this is just BDA posturing again, and they haven’t the guts to carry out the threat.

But if you read the full press release as well as watching the video, and especially take time to look at the additional information within the release regarding the figures in the consultation, it is obvious the BDA are actually giving the GDC a final chance to back down. The GDC will suffer a humiliating loss of face if they do, but we as registrants and members won’t then have to foot both sets of legal bills.

I don’t get the impression Mick Armstrong is messing about when he says the BDA are committed to following this through. But as a fellow Yorkshireman I appreciate the sporting nature of letting your opponents know you’re going to hit them, hard, and give them a final chance to back down. But you only do that once you know you have the upper hand. The BDA might not have a Royal Flush, but it seems like the GDC only has a pair of Jokers at the moment. Reading the documents attached to the BDA’s submission leaves one in no doubt of the intention of the BDA to go to JR.

By engaging the services of a FORENSIC accountancy company the BDA appear to have pulled off a masterstroke; utilizing the skills of professionals specializing in detecting high level fraud, regulatory scrutiny and anti-corruption, and then publishing a précis of the findings publically must surely send the a big signal to the GDC that the BDA is not playing brinkmanship here, but actually means business. This is serious stuff now, and the BDA have now shown their cards to the GDC by revealing financial inconsistencies are what the JR will probably be based on.

The forensic analysis of the accounts has apparently shown the GDC’s own published figures for the ARF hike are somewhat contradictory. These inconsistencies not only call into question the validity of the need for the ARF increase by questioning the basic level of evidence, but the inconsistency of the figures must surely now call into question the bigger picture of the integrity of the GDC in all of its financial matters. Whether this is part of the Judicial Review or not, the financial matters of the GDC must be impeccable, and they appear not to be.

The analysis of the figures would appear to go beyond the fact insufficient and inconsistent information has been given to registrants so they can’t actually make an informed response to the consultation. It seems to confirm the GDC is actually so contemptuous of us as intelligent people that they feel they can knowingly release confusing figures, expect us to then swallow the ARF rise, (after what we have all agreed is a sham consultation) and carry on as before. If a dentist were to confuse a patient in that manner, it would be cause for a registrant to be hauled before the GDC. Alternatively, it suggests incompetency and a lack of communication in the organizational structure of the GDC. Once again, they are grounds for a registrant to appear before the regulator. Whichever way you look at it (and it may be a combination of the two), our professional association appears to now have more robust evidence of the failings of the regulator and is prepared to act on it.

However since the GDC’s regulator is the PSA, and they seem to be about as threatening as a periodontally compromised 3 legged chihuahua with trismus and a sore throat, and as much use as a pair of waterproof sandals then you can’t really blame the GDC for not being too worried about the consequences of their actions.

Judging by the interview with Ms Gilvarry in Dentistry magazine, she doesn’t have appeared to understand what the profession is finding such a problem with. The penny certainly hasn’t dropped with her; perhaps this is because there aren’t actually any spare pennies left to drop at the GDC since their accounts seem to be in such a tangle.

But surely there must now be a realization by at least someone in power at the GDC that the BDA and the profession as a whole just might have a point. It would be useful if it dawned on them simultaneously that they have picked a fight with what seems to be a quickly developing Irresistible Force.

And they as the Immovable Object appear to have some ominous cracks developing, which wouldn’t do them a lot of good if they continue on the course they seem hell bent on taking…….