All that's new in the world of dentistry
JUL
07
0

A Big Thank You 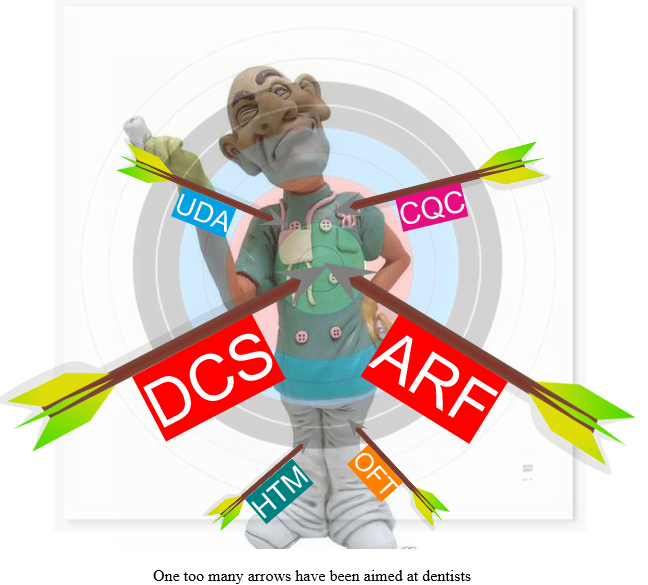 Like many I am grateful for the services of the GDC. I pay the ARF secure in the knowledge that my patients are safe and the money well spent.

Presently though I feel I have more to thank them for than usual.  I hope my readers understand irony ...

Just when the state of the dental profession cannot look more perverse, the GDC have achieved something that the last 8 years of the DH and their man at the helm of the 2006 UDA disaster has failed to cause.

Numerous LDC Conferences calling for this and calling for that – the ever calm and serene profession of dentistry has just adapted and carried on.

Implosion at the BDA and barely an extra glass of claret was supped at the ripples on the water of our profession as calm discussion took place about politics.

A raft of daft changes came along such as the UDA system, the HTM document, the OFT report you all now the form – and we ranted for a few months but quietly took another blow to the body, absorbed the costs and “moved on”.

The public acknowledgement that the Contract Pilots have been a sham and that any changes to come will be merely prototype in nature and at least 2 years down the line.  Dentists have had a bit of a cough to their colleagues and carry on, “being busy”.

The dreadful farce of Foundation Dentists lacking places allied to their debt and many were heard to comment widely and indeed care deeply, but the rump of the profession have likely returned to their skate-like lying on the bottom.  “They’ll get by” we all thought. “Wouldn’t recommend it to my chidren” we muttered. Next please.

The CQC came over the horizon brandishing a large bill and a lot of empty folders and by and large we have paid the charge and filled the folders, only to carry as before doing what we do – meeting, greeting, interacting with & treating patients with their range of ailments and fears.

But the GDC, in their proposed hike of the ARF to £945, allied to a comical  consultation so pre-determined as to be reminiscent of a past communist regime have caused the profession to both awaken and threaten to unite in a way never seen before.

Just when it was looking very interesting, the satellite of the GDC, the Dental Complaints Service fire their own salvo at the profession. The DCS may be “at arm’s length” and independent or so they claim – but they are wholly funded by the GDC, ergo our ARF’s – so how independent they are is, shall we say, somewhat debatable.

What effect was intended, I wonder when the DCS took a full page advert in the weekend colour magazine of the Daily Telegraph claiming to act on anything less than COMPLETE satisfaction for every patient.

I have a three letter acronym of my own - FFS!!

Never in 35 years have I seen such united sentiment and anger, perhaps however more importantly associated with individual response and action. The electrons are red hot with e-mails, complaints and letters to MP’s and these bodies.  How ironic that when a patient complains about us, we are always assumed to be in the wrong. When we complain about these bodies, they are always correct and indeed learning. Is it just me?

Perhaps a mass sentiment requires a big organisation to coordinate a big response. There seems to be a widespread sentiment that the GDC has lost completely any confidence it may have had with the profession. Of course they will blandly point to some piece of biased research they did to show how well regarded they are.

They may not realise but the rules have changed and the gloves are off. Big boys games demand big boys rules. And it is the GDC and the DCS who started this.

Who will rid us of this poison organisation, who will deal it a fatal blow, for it is a big monster and well protected by the armour of politics?

We must thank the GDC & DCS – the profession appears to have finally awoken, and if I am not mistaken, this time it is getting to its feet.

Interesting times with a little smoke of excitement.  Who will wager what we see next? I won’t!!