All that's new in the world of dentistry
FEB
04
0 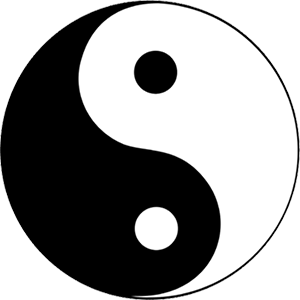 Last night (03/02/2022) on Dragon’s Den (BBC1 8.00pm), an entrepreneur walked away with an investment of £50,000 in her company selling cosmetic dental products – charcoal toothpaste, bamboo handled toothbrushes and home whitening kits. The company, SmileTime, is generating over £1m in sales annually online, and probably more after last night’s TV exposure.

The evidence of the efficacy of charcoal based oral products appears to be lacking. A recent paper in the BDJ stated ‘Charcoal-based dentifrices, in the absence of supporting scientific evidence, may be considered to be a fashionable, marketing 'gimmick' based on folklore.’ SmileTime’s website, however, claims that their tooth whitening kit (using ‘advanced active whitening ingredient called PAP that whitens and brightens your teeth without any pain or sensitivity’) is ‘scientifically proven to whiten and brighten teeth after a few uses as shown in the clinical trial study by the Journal of Applied Oral Science.’

So let’s look at this evidence for their tooth whitening kits. The study was published in 2017 and carried out by a team at Witten/Herdecke University in Germany. The active materials under test were a non-hydrogen peroxide bleaching agent phthalimido peroxy caproic acid (PAP) and calcium lactate gluconate (a remineralisation agent), available as an over the counter (OTC) product called iWhite. iWhite is a brand sold by Sylphar, who supported the quoted research project with funding for the materials and compensation for the participants. A disclaimer states, however, that ‘the company was not involved in the study design, the data collection and analysis, the decision to publish or the preparation of the manuscript.’

iWhite is intended as a self applied bleaching gel, using trays provided in the kits. After some explanation of the legalities of the use of hydrogen peroxide as a dental bleaching agent, the authors introduce PAP and calcium lactate gluconate (as a remineralising agent) as a novel OTC bleaching agent. For the research, they recruited 40 participants (the paper doesn’t say how they were recruited) and randomly divided them into an active group and a placebo group. The active group received application of iWhite and the placebo group received iWhite but with the active ingredient removed.

All participants were examined, confirmed as disease free and had no teeth lighter than VITA Lumin shade A2. Using the shade guide (numbered 1-16), the blinded examiner recorded tooth colour at baseline, immediately after gel application and 24 hours later, under similar light conditions (not defined). The middle one third of each upper and lower anterior tooth was used to select the shade and an average score was produced for each participant. All participants were supervised during application of the gel by the researcher.

According to their results, the mean shade score fell significantly (i.e. whiter) by about 2 points for the active group immediately after application and after 24 hours. There was no significant change in the placebo group. That’s the scientific evidence.

But there’s a few anomalies. Forty one percent of individual teeth showed no shade change. This means the gel is not as effective as it might be or, even under supervision, was unequally distributed in the one-size fits-all trays. The product is sold to be used unsupervised at home. The discussion states that the examiner found no mucosal irritations immediately after application nor 24 hours later. However, the results section states that the examiner found 5 subjects with gingival irritation in the study group and 3 in the placebo group after application. At baseline, hypersensitivity was measured by blowing air on the teeth. After 24 hours, hypersensitivity was measured by asking the subject. Even with that ambiguous method, hypersensitivity was recorded in 4 subjects. There’s no description of how the ambient light was controlled, surely important in discussing anything to do with shade and colour. The authors state that ‘the colour stability after bleaching has been largely confined to weeks or months’ – but they didn’t measure that.

On the whole, it’s all a bit wishy washy. One examiner? Why not 2 for a much stronger conclusion? Only one application? That’s because ‘the products may cause irreversible damage if used on a long-term basis.’

And I’m not convinced by the stats. A shade guide is basically a stack porcelain or acrylic teeth, named subjectively for convenience A1 to D4. You could name them white, whitey, whiter, whitest, yellow, yellowy, yellower etc etc. By ascribing numbers 1-16 doesn’t make them numbers. They are still simply labels. And just as you can’t create an average of white, whitey, etc, you can’t create a mean or average of these number labels. The mean is therefore meaningless which undermines the validity of the whole paper. But I’m happy to see if greater statistical minds come along to correct me!

I can find no other in vivo research of the use of PAP as a bleaching agent, although a recent in vitro study found non-peroxide mouthwashes had minimal bleaching effect.

I guess the jury is still out.

But, as they say on Dragon’s Den, I’m afraid I’m definitely out.