All that's new in the world of dentistry
NOV
27
1

Leadership on the cheap? 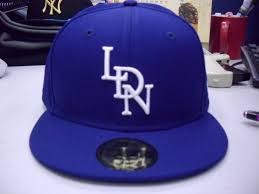 When Andrew Lansley drafted his Health and Social Care Bill, being married to a Doctor obviously drew his focus away from other healthcare providers. The structures were all there for GP commissioning and the formation of Clinical Commissioning Groups, even the removal of PCTs and transfer to NHS England and Area Teams. We can argue if any of this amounted to "no more top down reorganisation of the NHS" as promised in the manifesto, or the most challenging time anyone working within NHS management had ever faced.

It is hard to remember when someone at NHS England twigged or tapped Sir David on the shoulder and said what are we doing with dentists? Are they supposed to be part of this clinically lead new NHS? Someone somewhere found the fag packet, and I think it was John Milne's sister Helen Hirst that wrote the first plan for Local Professional Networks on the back of it. Helen had hardly got the ink dry before she passed the empty fag box to Sam Illingworth; before the final details were released both had jumped ship to the CCGs leaving others at NHS England to finalise.

Of course by this stage pilots had been invited to test the model, this too lacked direction with a "get on and see what you can do" mantra. Even the regular teleconferences to see what was happening and share experiences fell apart amongst the maelstrom of the de structuring of PCTs and the reapplying for posts.

By February and with the impending changes just a few weeks away, the NHS Commissioning Board (remember them?) released Securing Excellence in Commissioning in NHS dentistry was published. Within its pages contained the framework for LDNs and some examples of what the pilots had achieved. Some like in Manchester under the stewardship of Colette Bridgman clearly had an effect, albeit she struggled to fund her projects. Others exampled in the document like the reorganisation of Oral Medicine services in Birmingham perhaps needed placing in the fictional section of any library, but highlighted how little many of the pilots achieved in their lifespan.

Well six months in, we have recruitment processes in all the Area Teams and in others they have appointed a Chair. Many of these posts have been taken by LDC people, some have continued to wear both hats, and for me I am not convinced that's possible. As far as I am aware many of these newly appointed Chairs are yet to be paid for their new job, apparently due to a HR issue at NHS England, it seems like LDNs have taken them by surprise!

Of course the challenges for the LDN Chairs is to assist depleted commissioning teams in delivering national strategy and developing structural changes in service delivery locally, all within perhaps one afternoon a week. Not only is that the challenge but the budget given to them is somewhere in the region of £40,000, a share of a pot of £120,000 secured for Local Professional Networks for dentistry, pharmacy and opticians. The CDO describes this as "seed money" to allow the LDN to grow and show its usefulness, perhaps he is providing the fertiliser?

It really shows the importance of dentistry within the NHS when it's funding is pennies per patient population for an LDN compared to the £25 per patient that CCGs get for management costs. Clearly if members of the dental team are to be involved in LDNs, they are to be expected to do this with benevolence and with no remuneration; it's clinical leadership on the cheap.

Leadership on the Cheap

Hi Eddie, I think your title is being rather too kind. This level of poor planning, muddled thinking and Chaos within already po... Read More
Thursday, 28 November 2013 09:06
5860 Hits