All that's new in the world of dentistry
JUN
24
0

(Is It ALL Down To Patient/Lawyer Greed?)

“This theory which belongs to me is as follows. Ahem. Ahem. This is how it goes. Ahem. The next thing that I am about to say is my theory. Ahem. Ready?”
Anne Elk (1973) Monty Python’s Flying Circus

It was a glorious September afternoon in 1966. The sun was streaming through gleaming windows. England had won the World Cup, and I had just moved to an exciting and brand new senior school. The classroom had spanking new desks with inkwells, filled with free ink you could draw up into your refillable Parker fountain pen. All was well with the world.

Mrs Wojciechowski, who was also our form teacher, was beginning our first ever French language lesson. I was trying hard to concentrate and confess I missed the meaning of ‘je m’appelle,’ because Peter Hadley who was sitting next to me, was crushing and drowning wasps in his inkwell, with what I regarded as an inferior fountain pen – the sort that scratched, rather than flowed Quink luxuriantly on to the page. Another failing of his pen was that as a tool for Vespidacide, it was failing miserably, one poor creature valiantly struggling to get itself out of the inky torture chamber. Not knowing at that point that Peter Hadley was a distant relative of a notorious Birmingham crime family and was destined to become the school’s head ‘hard-knock,’ I nudged him out the way and offered the tip of my pen to the bedraggled Hymenoptera, so that it had a means of escape from an indelibly inky death.

I suddenly heard a scream that sounded like a French woman shouting ‘murderer,’ but later realised I was in fact witnessing my first ever French swear-word - ‘merde,’ to be precise. I looked up to see Mrs Wojciechowski (French-born, despite her name) bearing down on our twin desk with a wooden ruler in her hand, and quicker than one of my Maryland bridges falls off, she had whacked the back my hand with the EDGE of the ruler, with all the might that her 4ft 6in frame could muster.

This episode was not only painful and a miscarriage of justice, but humiliating to boot and for the rest of that year, Mrs Wojciechowski looked at me with a deep loathing, like I had presented my dentist with the post-crown for recementing after I had retrieved it from the bottom of the Armitage Shanks two days after swallowing it. Upon realising I was under constant surveillance by Mrs Wojciechowski, I made sure I was never near a wasp, bee or inkwell ever again in that school.

I switched to a BIC not long after.

“My theory is along the following lines. Ahem."

We all know inherently, that it is becoming more and more difficult to avoid complaints these days, bombarded as the public is, with targeted Internet adverts and radio advertising. Even looking up and typing ‘dental complaints’ in Google as research for this article, brought up a host of dental litigation firm’s adverts on my Facebook page and various online news sites I read regularly, within an hour.

I strolled into a colleague’s surgery the other day to catch the end of a radio advert by ‘THEM’ – you know, the Cheshire-based mob, enticing dental patients to use them for all their dental litigation needs. I was appalled – I never listen to radio in the surgery – I just inflict my old-bloke’s iTunes playlist – from the Bee Gees to The Eagles to Snoop Dogg on my nurses day in, day out. It’s the reason I oppose permanent nurses, it means they don’t fatigue and burn out on my repetitious Barbara Streisand and Pussy Riot.

I couldn’t believe that these litigation firms were so ‘in-your-face’ with their radio ads, but my colleague confirmed that she heard them at least a couple of times a day and she often talks loudly over them to distract the patient in the chair from memorising the phone number.

Not only are civil claims mediated by the specialist dental litigation firms rising at a seemingly exponential rate (if you don’t believe me, look at your indemnity organisation’s annual subscriptions year-on-year), but cases brought to the GDC’s Fitness to Practice (FtP) process are also rising faster than caseworkers can write ‘dishonest’ on a charge sheet even if you haven’t been charged with dishonesty. From 2010 to 2014, FtP cases rose by 110 per cent. What the rise in civil and GDC cases is now, in the four years since 2014, is difficult to ascertain, but I feel it’s not outlandish to bet that the same rate of rise is probably not far out.

Most of us will know someone who is currently experiencing a spot of bother with the NHS Area Team, the GDC, or more likely, some chancer who has been taken in by a law firm who has found their supply of whiplash clients has suddenly dried up. A colleague of mine has recently been pursued by a patient claiming damages for a dry socket. Sheesh.

But, is the increase in patient expectations, fuelled by the easy access to no-win-no fee legal services, the only reason for the large rise in dental patient complaints?

“Ahem. This theory which belongs to me, is as follows. Ahem. Ahem. This is how it goes. Ahem. The next thing that I am about to say is my theory. Ahem. Ready?”

But the whole reason you have ended up in trouble is that the patient wasn’t happy with your treatment (or some pig of a dentist who never liked you dropped you in it, but that’s another matter). 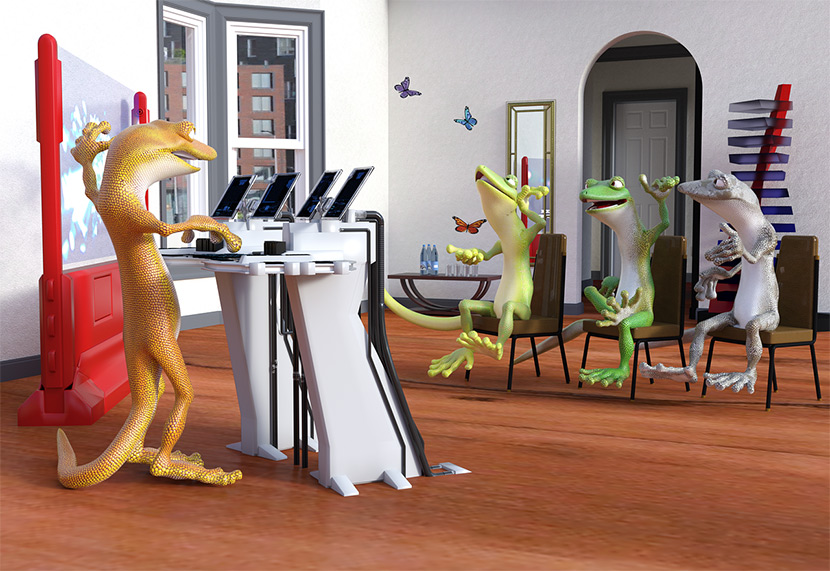 So. I would ask the question: Have we taken our eye off the ball?

“My theory is along the following lines. All brontosauruses are thin at one end, much MUCH thicker in the middle, and then thin again at the far end. That is the theory that I have and which is mine, and what it is too.”

Before 2006 and the introduction of the UDA-based ‘new’ contract, we all had, every few weeks, a sample of completed patients pulled by the Dental Reference Service and dragged into some God-forsaken community dental clinic, to have their work checked. The Dental Reference Officer (DRO) would check that you had a) carried out what you had claimed for, and b) done it nicely and hadn’t missed anything.

Admittedly, quite a few patients didn’t attend as requested (despite the fact they had consented to do so in the small print), but as a recent graduate, I was always quite on edge knowing that my work was going to be scrutinised by dentists that I considered by be my elders and betters. Dentists had the option of attending the DRO’s examination. In the main, I chose not to go. On one occasion, I did go.

And frankly, these checks focussed the mind. I was never accused of missing perio during that time, though I was once criticised for leaving a sub-gingival ledge the size of Chiswick on the distal of an upper six. Knowing that ANY patient could be pulled in for post-op examination by a DRO meant you left nothing to chance, even if you did note it. The DRO’s rebuke over the ledge, to my FACE, was like Mrs Wojciechowski’s ruler across the back of the hand. I have been very wary of ledges ever since. They have a nasty sting. I've missed LOADS of other stuff, but ledges are at a minimum.

I have no evidence for my theory, but I do wonder if the increasing litigation, particularly with regard to periodontal problems, could be as a result of there being no, what I would call ‘proper,’ check on the work carried out by dentists. (And this is by no means confined to NHS dentists). Even when cases against dentists go forward, patients are RARELY actually examined.

Anyway. That is my theory. That is what it is. Do we need to go back to DRO checks?

I would frankly, welcome them.

In 1983, after I had been at dental school for a year – some ten years after leaving school, I attended a summer garden party with my wife. Across the garden, I noticed a pair of latecomers. An elderly, tall, burly, Eastern European looking man with a shock of white hair, and a petite little lady of similar vintage, hanging off his arm. I instantly recognised Mrs Wojciechowski.

Encouraged by my wife, I approached her. My former teacher clearly didn’t recognise me ( l like to think I had by that time turned into a swan), so I introduced myself as one of her former pupils.

She said three words to me (this is absolutely true) and walked away:

And it wasn’t in French.