All that's new in the world of dentistry
SEP
15
0 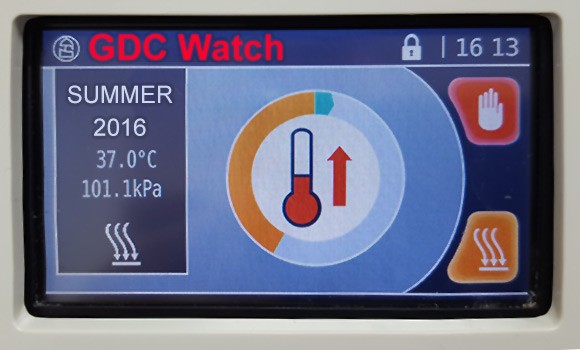 Having been somewhat distracted by the school holidays, my latest blog considers some of the cases that managed to pique my interest, and gathers my collective thoughts during the months of both July and August. So that you are looking through the same lens, I’ll start off with the ‘legal definitions’ of misconduct:

‘misconduct is a word of general effect, involving some act or omission which falls short of what would be proper in the circumstances. The standard of propriety may often be found by reference to the rules and standards ordinarily required to be followed by a medical practitioner in the particular circumstances’.

‘conduct which would be regarded as deplorable by fellow practitioners.’

It has been further clarified in Meadow v GMC (2006) that misconduct sits at the same threshold for disciplinary intervention as the historic phrase ‘serious professional misconduct’:

‘As to what constitutes "serious professional misconduct…..it is inconceivable
that "misconduct" – now one of the categories of impairment of fitness to practise…..
should signify a lower threshold for disciplinary intervention’

On reading some of the recent charge sheets it appears that we have perhaps lost sight of misconduct, and moved on from the days where urinating in the spittoon, assaulting nurses or openly breaking wind in front of staff in the surgery sat at the threshold of deplorable conduct. If you have ever accidentally squirted water from the 3 in 1 towards a patient, you ought to be extremely concerned. We now have examples of unprofessional behaviour individually and collectively leading to a charge of misconduct such as:

And let’s not forget the beauty from a couple of months ago about bouncing balls of impression material down a corridor. How the panels keep a straight face through these types of charge is beyond me, but well done to them. Truthfully, I feel it is a bit embarrassing for the GDC to have it in the public domain. I may be wrong, but I believe that the barristers instructed by the GDC are involved in setting the final charges. With that thought in mind, I took a look at the Bar Standards Association and barristers’ fitness to practice hearings to see what allegations of professional misconduct are levied against them. Here is an example of a concluded Bar fitness to practice tribunal:
http://www.tbtas.org.uk/wp-content/uploads/hearings/3390/Outcome-Posting-Behanzin1.pdf

Observe how it is kept to one side of A4, extremely succinct, and there is nothing in it that may give any third party reading it anything to chuckle about? I also noted the lack of any published charges before the hearing for the sum total of 3 barristers presently listed as awaiting a hearing. This, along with the MPTS hearings begs the question of why does our regulator operate on a different set of rules that on the face of it appear more punitive to their registrants than those applied to equivalent professionals? Although it may give me nothing to write about, I would really urge the GDC to look at paring down their charge sheets and not making them public until after the facts have been determined in both their interests and those of the registrants facing a hearing.
One hearing saw a registrant face a charge of failing to:

It may just be me, but I can’t work out what this charge is supposed to mean and there is no explanation in the determination. In 17 years of practise I have not been aware I was obliged to ‘treat’ an adverse oral hygiene condition; I was taught that my duty was to offer appropriate preventative advice and oral hygiene instruction. It is, I believe, the patient’s duty to ‘treat their oral hygiene condition’ and I can think of at least one periodontist who would take issue with this allegation. I am not sure how anyone can ‘treat an adverse oral hygiene condition’ save for pitching up at the patients house a couple of times a day and doing the cleaning for them, or bringing them to the surgery daily to see the hygienist. Nevertheless, as is often the case with these hearings, we are made to feel that we have been doing it wrong all along, and nobody bothered to tell us until a hearing.
On that note, charges relating to alleged radiographic record-keeping failings have also been appearing more and more of late including not adequately or properly recording in the clinical record:

I looked at IRMER(2000), and the NRPB Guidelines which are the legally authoritative documents on radiation last month having been asked to consider the validity of this type of charge. In my opinion, the charges indicate a misunderstanding of what justification is; because it is not the same as the clinical indication for taking a radiograph. In the words of an RPA (with a PhD in clinical physics) I consulted over the matter of justification:

‘ "Justification" as required by IRMER is the process of weighing the probable benefit of a radiation exposure against the probable detriment. It is quite separate from "indication" - the clinical history, provisional diagnosis and intended treatment - and "authorisation" - the decision by the Practitioner that the proposed exposure is of sufficient merit. Both indication and authorisation must be recorded, because these are data, but not justification, which is an intellectual process.’

And his reply with regard to the question of where does IRMER(2000) state that we have to record QA score in the clinical record?:

'Nowhere. However Clinical Audit 8. The employer’s procedures shall include provision for the carrying out of clinical audit as appropriate. and The written procedures for medical exposures shall include— (e)procedures to ensure that quality assurance programmes are followed; Thus it is incumbent to occasionally review image quality, patient dose and clinical relevance, and since there is no other means of assuring the quality of the next image, it is important to check the quality of each image and resolve any anomalies before taking the next one. It can be argued that in order for audit to be properly objective, there should be no contemporaneous written assessment of quality: you audit by picking past images at random and assessing them "cold"'.

You should therefore record any faults or failures that demand corrective action, to provide an audit trail for that action, but images deemed acceptable should be filed without comment in order not to prejudice the audit.

Interesting stuff. I am baffled as to why anyone should be criticised for not recording an intellectual process. It is also clear that we do not have to record a grade in the clinical record, in fact we do not even have to grade every radiograph it seems, just check that the quality is acceptable in preparation for the next exposure and do an audit from time to time. So not only do we face issues with the bar of misconduct being stealthily raised, we are now also being tried and tested on doing things that are not actually required of us. This is why every registrant should be represented at a hearing in my opinion, and should only agree to charges that are indefensible. To admit to a frivolous or spurious charge purely to be seen to be ‘showing insight’ is not a position registrant should ever be put in, but I sadly suspect that is where we presently are.

There was, however, some positive evidence of a panel flagging up a GDC-appointed expert using non-mandatory guidelines as non-negotiable standards:

‘The Committee considered that Ms K’s approach was, at times, rather academically orientated and inflexible. In particular, she relied on a number of guidance sources, including the Faculty of General Dental Practice (FGDP) 2006 guidelines and the British Society of Periodontology guidelines relating to Basic Periodontal Examination (BPE), which, the Committee noted, are not mandatory. Furthermore, when alternative approaches regarding clinical matters were put to Ms K, she did not seem to acknowledge that it might be acceptable to deviate from these guidelines.’

It was last October I recall that the issue of guidelines and misappropriate use was raised by Dental Protection. This, along with the ‘gold standard bar’ really means that too many registrants are having their careers put on the line when there is a lack of clarity over where the threshold for misconduct really sits, and no universally agreed clinical guidelines. I remain in hope that the GDC FtP department is looking at this closely in the pursuit of proportionate regulation.

Moving on to some other cases, in the High Court, a registrant erased earlier in the year was successful in having his case remitted back to the PCC for reconsideration of an erasure. The registrant had got himself in to bother that might have been avoided by having to reapply to the register after his direct debit had failed, and was found to have been dishonest by fudging responses over two convictions for driving whilst under the influence of alcohol. It was held that the PCC had failed to consider relevant mitigating circumstances, namely that the employer had been informed of the convictions but the appeal failed on the challenge of the findings of dishonesty. You can find the judgement here.


Another noteworthy case involved a newly qualified dentist who wound up at an FtP hearing based on performance issues that arose within months of qualification. The question that I am sure on everyone’s minds is ‘how could this happen when the GDC-accredited dental school have allowed him to pass finals?’. Nevertheless, it is nice to see that whilst the GDC-instructed barrister recommended he should be given a reprimand for being let out of dental school too early, there was good evidence of remediation so no current impairment was found. The chap has now completed his VT year and is understandably ‘elated’.

The final case I am going to look at involved another registrant who was erased. This was the second GDC hearing Mr Idris has faced in his career. Having been told by his indemnifiers team during the first hearing that he was facing erasure and this having come rather as a shock they parted company. He instructed his own legal team and the case concluded with conditions. However, self-funding representation for the next hearing was not viable so after several years of reported wrangling with the GDC Mr Idris declined to attend this particular hearing, advising the GDC by email that he would be cleaning up his dogs’ mess instead. As a dog owner I can empathise with this and agree it is a taxing and time consuming task. Mr Idris’s absence was very diplomatically written up into the determination, but should anyone would like to read the unedited version of the email, it can be found here:

I’ll leave it here for now. My dog is barking to go out. Duty calls….