This blog will follow the ups and downs of the General Election campaign of May 2015, as dentist Pramod Subbaraman stands for Parliament, hoping to be elected for the Liberal Democrat MP for Edinburgh South
Print
3 minutes reading time (517 words)
Featured 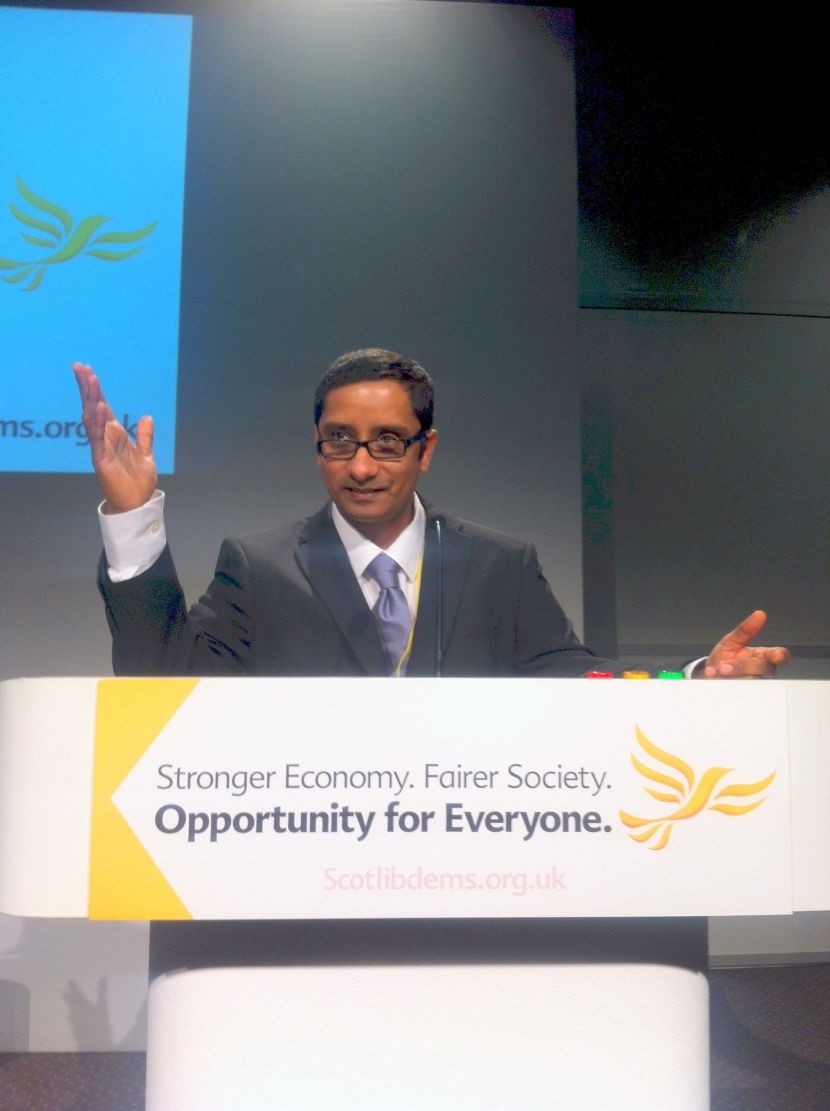 This week marks the beginning of the election period. Parliament has been dissolved, there are no longer any sitting MPs and the most unpredictable and arguably the most interesting election begins! I have had a busy month leading up to this.

There were two Liberal Democrat conferences ( one Federal and one Scottish ). I had the pleasure of meeting with Norman Lamb, the Liberal Democrat health spokesperson at the federal conference and I informed him of the various concerns of the profession, especially those to do with the GDC.

I had a hustings on the 26th of March which I attended on behalf of the Edinburgh North Lib Dem candidate. The hustings was conducted by the left leaning Common Weal. It was a very interesting first experience and I will report on the various hustings' that I attend over the coming weeks. This week, my nomination papers will be filed and I will be working on producing a second campaign leaflet as well as an election address. Interesting times ahead! I now hope to be able to contribute to this blog weekly and then maybe daily in the last few days leading to polling day and afterwards until the formation of a new government with an analysis of what I see on the ground.

Next week, my plan is to discuss the various manifestos.

Pramod Subbaraman was born in Tiruchirapalli (Tamil Nadu, India ) and raised in Bengaluru( Karnataka, India).
He studied for his dental degree in Bengaluru (1996-2001) and moved to the UK in 2005 following Professor Raman Bedi's invitation to Indian dentists in 2004 to help ease the NHS shortage in England at that time.
He has since lived and worked in various parts of England before moving to Scotland in July 2013. He is married and his wife is a dental receptionist. He joined the Liberal Democrats days before the General Election in 2010 and is now the Lib Dem candidate for Edinburgh South for the 2015 General Election.
http://yournextmp.com/person/4823