This blog will follow the ups and downs of the General Election campaign of May 2015, as dentist Pramod Subbaraman stands for Parliament, hoping to be elected for the Liberal Democrat MP for Edinburgh South
Print
3 minutes reading time (619 words)
Featured 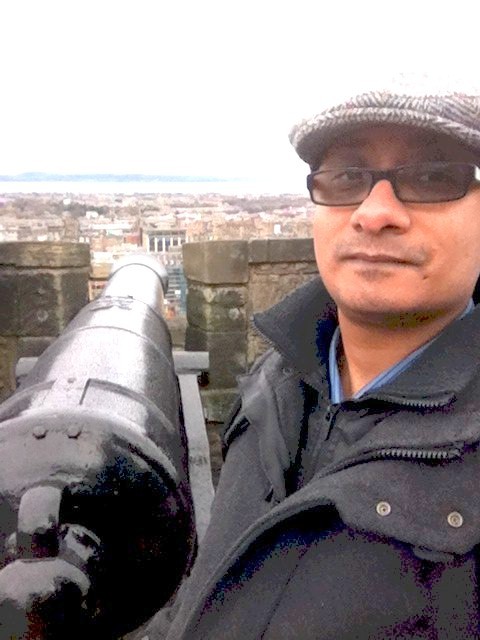 Ever since my selection as a Parliamentary candidate, I have been in touch with Tony (Jacobs) about this blog with my thoughts and experiences of the general election 2015, from the viewpoint of a practising dentist.

We have been looking back at my time with GDPUK and there is a fair bit to share!

I was first admitted to the e-group on 10th September 2000. That was a month before I sat my finals.

I originally joined to follow how dentistry was practised in the UK. To follow advances in the field, to interact with fellow dentists in what was thother part of the world for me.

I was mainly an observer back then, not much interaction until 2004 when Prof Raman Bedi visited Bangalore during his 2004 FDI India tour. He announced that he would hold a one time only sitting of the part 1 of the then IQE in India. That was an initiative to help solve the problem of a shortage of NHS dentists at that time in England.

I sat the exam and waited for the promised clinical dental attachment which never came! Then I posted on GDPUK with queries about how things were for left handed dentists. I got some replies and a conversation began with Paul Thompson (Norwich) over the next few months in 2005 I got my clinical attachment  and arrived in the UK on 5th August 2005, a few weeks after the London bombs! I was having nightmares about the Jean Charles de Menezes shooting and as Paul will tell you, I did not wear a rucksack or even run to catch a bus for a few years!

I was to sit part B of the IQE on 8th August 2005, something I was totally unprepared for! It was then that Paul appealed to GDPUK members in London to help me with a few things. Victoria Holden from Chertsey responded, she opened her surgery on a Sunday and showed me what I wanted to learn! Vicki I will always be grateful for that day, thank you.

As expected, I failed that sitting! I had more trials and tribulations until I finally managed to pass the ORE a few years later. During that time I worked as a dental receptionist and dental nurse with Paul who remained steadfast in his support and then even worked as an SHO in Maxillofacial Surgery in Birmingham 2009-2010. I was again in observer mode with the GDPUK during those years.

I returned to clinical dentistry in 2010 and have since worked in Middlesbrough, Hull and Stirling and now have experience of UDA and fee per item NHS systems and now of some private dentistry too.

I have a lot to thank GDPUK for, for kindling my interest in the UK and in UK dentistry. For the networking which laid the foundations of a great professional and personal friendship with Paul Thompson. For people like Victoria Holden and Tony Kilcoyne ( good advice and an encyclopaedia of dental political knowledge ) . For Tony Jacobs who allowed me, a final year non UK dental student to join in 2000 and who has now invited me to record this blog. For all the members who have informed and entertained me over the years, and for a lot more in the future.

I now hope to return the favour by informing and entertaining all of you with my thoughts and experiences during what will be a very exciting time for the country over the next few months as we vote for a new parliament on 7th May 2015.
Merry Christmas everyone. Have a good break.
My next post will be about how I came to join the Liberal Democrats and my journey from then to now as a parliamentary candidate.
Tweet

Pramod Subbaraman was born in Tiruchirapalli (Tamil Nadu, India ) and raised in Bengaluru( Karnataka, India).
He studied for his dental degree in Bengaluru (1996-2001) and moved to the UK in 2005 following Professor Raman Bedi's invitation to Indian dentists in 2004 to help ease the NHS shortage in England at that time.
He has since lived and worked in various parts of England before moving to Scotland in July 2013. He is married and his wife is a dental receptionist. He joined the Liberal Democrats days before the General Election in 2010 and is now the Lib Dem candidate for Edinburgh South for the 2015 General Election.
http://yournextmp.com/person/4823