Pantomime season with a Grimm warning 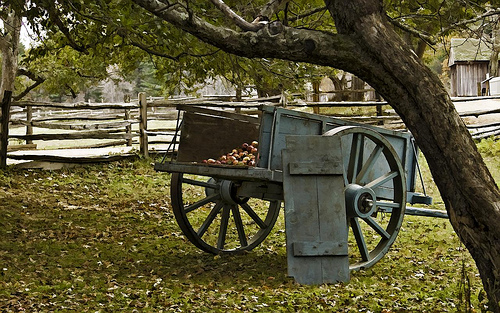 I’ve had a busy couple of days and upset some applecarts; perhaps I should apologise if I have bruised any fruit?

On Friday the 21st, I spent an interesting day in Corpus Christi College, in Cambridge with my fellow NADA (National Association of Dental Advisers) colleagues as well as a selection of the great and the good and quite a few of our younger dental colleagues who had come along for the verifiable CPD and to find out what sort of profession they were entering into.

Sarah Rann (assistant medical director East Anglia Area Team NHS England) kicked off proceedings by asking us and then telling us what we should be doing as National Dental Advisers. The only aspect that she missed off her list was influencing the Regulators, (aka upsetting the established applecart by proffering an expert opinion).

We were then treated to a relatively complimentary double act between Barry Cockcroft and John Milne’s views on Contract Reform. There was a large amount of agreement even concluding with synchronised retirement from their respective roles early next year. Barry emphasised that ‘access’ was less of a political hot potato now than it had been and he saw this as one of his successes during his tenure. John talked about the impact of pilots and possible implications.

A little local difficulty about a dental practice not far from Nottingham was briefly mentioned.

A question regarding access to certain less privileged groups was aired and this is where I must apologise. I raised the question of ‘access to what quality of care?’ And I then asked ‘who was responsible for the World Class Commissioning of such ludicrously large and unmanageable contracts?’

Well there was a stunned silence and poor Barry looked like he had been stabbed in the chest. Fortunately John was on hand to ride to his rescue and acknowledge, although not answer the question and then draw stumps on this part of the meeting.

We were treated to some joined up thinking from David Geddes (National head of primary care commissioning) who discussed intelligently and without too much smoke and mirrors what the future 5 year plan may mean to dentistry, please read this if you haven’t: http://www.england.nhs.uk/ourwork/futurenhs/

Amanda Crosse (consultant in Dental Public Health) went a little off piste with her unguarded comment regarding perhaps planning to have dental NHS commissioning overseen by CCG’s. An interesting idea which seemed to irritate the level headed David and which he was forced into backtracking a little.

David Behan was cut short, the previous part of the agenda having overrun by 50 minutes meant that David only had 10 minutes to get his message across about the new CQC. He did it very well I thought and was only sorry that it was necessary to tell the gathered throng of dental advisers that he was disappointed in their union attitude to pay and perhaps we would like to put something back into the profession. He was having no more of discussing an inflationary fee. Actually I agree and am happy to spend my time for free advising the CQC.

This is where all of you come in…...’Efficacy and the CQC inspection, on the right path now? ‘It’s your opportunity to get the message across and its coming to GDPUK soon.

The afternoon was devoted to a Brother’s Grimm pantomime about a dodgy dentist with decontamination and NHS gaming tendencies, played brilliantly by Bryan Harvey (DDU), who was frighteningly good at getting into Character.  We were assured that this was not based on any recent situation and I pointed out that it couldn’t have been, since they failed to notify the Press or recall 22,000 terrified patients…., Oops!

The GDC on this NADA inspired day was represented by Mike Ridler (Head of Hearings) who displayed distressing figures on FtP hearings.  Mike expressed his inability to understand the reasons since in his experience there had not been an associated decline in professional standards. Somebody in the audience mentioned that it might have something to do with National advertising?!! Mike did not wish to be drawn further on this.

He obviously didn’t feel inclined to join in with the GDC pantomime either and suggested that if anyone wanted to talk about other ARF type issues they could do this individually later, although it wasn’t his ‘field.’ He then failed to answer the other questions, since they weren’t his field either.

The meeting closed with another unplanned shedding of apples just as stumps were drawn and flat hats were on; Jason Stokes leapt up on stage and shouted that if the younger members of the audience felt slightly dismayed by opinions voiced by the demobbing great and the good; NOW is the time to make their voices heard. Oyez, oyez!

What services can Right Path4 offer?