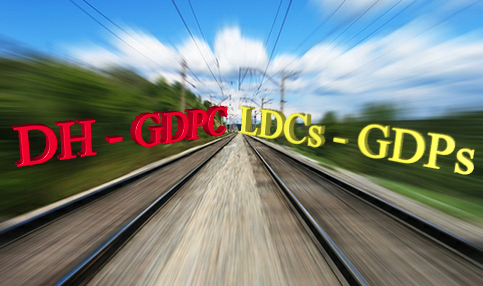 Take the Dept for Health [DH].
Add in an ineffective General Dental Practice Committee [GDPC] at the BDA
Keep the vociferous Local Dental Committees [LDCs] at arm’s length…
What do you have?

The other GDC and “The Referendum” are not the only kids on the dental block. The chaos of Contract Reform is still lurking in the periphery of our vision, and really ought to be a full on crisis for shouting about.

To those of you of a Gaelic disposition North of the border, good luck for the forthcoming shenanigans. By the time you read this Scotland might be heading toward independence if YES prevails – or toward much reduced dependence if the NOES have it. In some respects, our Scots colleagues have the best of all worlds – they have retained Fee For Service, and have a relatively user friendly Government. Any changes frankly are less than likely to cause great change or disadvantage in the short to medium term.

English [and Welsh] dentists on the other hand … From where I sit, the DH heads are still in the sand as we head out to a 9 year old discredited Contract with so many problems, it is laughable.

What with the GDC imploding and Scotland commanding our attention [the irony of a UK wide GDC trying to set an ARF on the day that Scotland may break away is not lost] it is easy to forget that in the background NHS England and the DH are trying to blag the next Contract Reform package
Increasingly, if you keep your ear to the ground, it appears that a Train Crash in slow motion is a suitable mind-set.

2015, people …. it is only next year – and what have we to show? Discredited pilots, great suspicion that the Corporates are trying to wedge the DH door open for personal gain, and a weak GDPC who continue to fail to nail down the critical issues.

The LDCs it has to be said are populated by wet fingered dentists who understand the issues. It is the LDCs who supposedly guide opinion at the BDA’s GDPC. Is that not what the LDC Conference is all about? Trickle-up democracy and all that?

And yet after all these years there is a feeling that the BDA’s GDPC is simply not taking the DH to task.
While opinion varies, there is a mood that the LDCs are passing water into wind when trying to influence the GDPC. If you would care to get that special ‘under the counter’ view of those in the know, you will find that there is a feeling that the GDPC are so desperate to see the present contract replaced that have forgotten all the headline issues that plague the current fiasco, overseen by the late PCTs and now NHS England’s LAT gate guardians.

Ask anyone, you all know it. The current problems abound. Whether it be the massive and unfair discrepancy in UDA values. or fairness in dealing with high needs patients – there are serious issues of finance. The clinical disaster of Endodontics is mirrored in the back office with HTM 01-05 and its fictional evidence base. What about Nurses and their enhanced professional status – no funding and no pensions! Status, indeed!!

Never mind the matter of practice sales or incorporation difficulties and how the CQC cope with it all.

Now that the ARF is a matter closed in all but the detail, [OK so the GDC have gone running to KPMG in a panic and put the decision back 6 weeks – but are we fooled?] and while your antennae are still vibrating, why not turn some of your energy to the GDPC and their effectiveness in making sure YOUR contract is beneficial to you in 2015.

After all, if you want to pay your ARF and not simply take a pay cut to do it, you need Dr Milne and his GDPC colleagues to pull their collective bloody fingers out and to do so a bit quick. This next month or two is the last chance saloon before the Civil Service wrap it up for the election.

Time for the swarm of dentists to move along Wimpole Street. Even if you are NOT a BDA member – it is the GDPC who are gambling away your heard earned fees with their laziness and ineffectiveness at dealing with the DH.

May I suggest you ALL now call the GDPC to account. It’s your wallet that will pay for their failure.

I do think it is time for the FrontLiners to push-back and demand action, which if not demonstrated then NEEDS to become a Public issue frankly.

What was the point of the extensive Pilots and the many excuses for delays already, if it doesn't result in an IMPROVED NHS Dental Contract in England that we can all read and be consulted upon now ???

So far it's apparently a case of 'Look Busy, but still doing Nothing ultimately', which is frankly not good enough !!!

Maybe all responsibility for NHS Dentistry should be taken out of the DH and GDPC's hands if they've achieved nothing demonstrable ?


0
I do think it is time for the FrontLiners to push-back and demand action, which if not demonstrated then NEEDS to become a Public issue frankly. What was the point of the extensive Pilots and the many excuses for delays already, if it doesn't result in an IMPROVED NHS Dental Contract in England that we can all read and be consulted upon now ??? So far it's apparently a case of 'Look Busy, but still doing Nothing ultimately', which is frankly not good enough !!! Maybe all responsibility for NHS Dentistry should be taken out of the DH and GDPC's hands if they've achieved nothing demonstrable ? Yours also unimpressed, Tony.
Cancel Update Comment