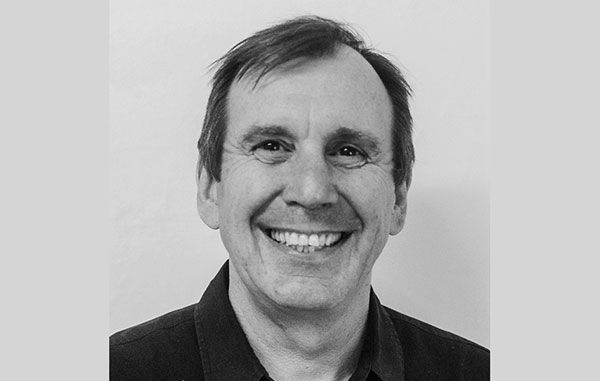 Emma Flunt talks to Simon Gallier about why he decided to leave the NHS, for the second time, and turn his 95% NHS practice to private and how he’s now feeling about the future…

Simon Gallier made his first conversion from NHS to private dentistry in 1990. He then went on to own two dental practices and an aesthetic clinic in Harley Street.

During his 40-year career, Simon introduced direct access to hygiene, whitening and aesthetic clinics via the high street retailer Superdrug, pioneered the use of lasers, became the Clinical Director of a major corporate and latterly, founded a new way of delivering dentistry with the development of Future Health Partnership.

Almost 30 years after leaving the NHS, Simon found himself returning to the fold. He purchased an NHS practice in Chester with a view to continuing to deliver mainly NHS and some private dentistry.

However, his plans soon changed, and he decided the best route forward was to hand back his NHS contract for the second (and final) time and turn his practice fully private with the help of Practice Plan.

Here, he tells Emma Flunt, Regional Support Manager at Practice Plan, about the reasons behind that decision, how the transition has gone and what the future holds…

EF: What made you decide to convert your new practice from NHS to private?

SG: I bought the practice, which was 95% NHS, around four years ago from someone who was planning to slow down and convert his patients to private. I thought that sounded reasonable and that I would try to make the NHS contract work alongside his private offering.

One of the difficulties we had was that we only had four surgeries and we were trying to deliver 24,000 UDAs. My original business model was to build two extra surgeries to help deliver the NHS, and some private dentistry as well.

But I got no help whatsoever from the NHS. When I was slightly underneath 96% of my UDA target, I asked the LAT, ‘I'm spending £150,000 to build new surgeries to deliver your NHS contract, could you give me a bit of leeway?’ The answer was ‘no, you'll need to pay the clawback money.’

I wrote to my MP asking for help, but we got nowhere. We appealed to the NHS authority, but again got nowhere. So, I just sat down and thought, is this really the way I want to go?

I realised it needed to be an all or nothing journey and we decided to move the whole practice fully private. I wrote to the same MP I had previously and told him that it wasn’t a viable business model and I warned him that he might get something in his inbox from 7,500 of his constituents/my patients who I was writing to about moving to private. I was surprised to see he was actually supportive of my decision.

We informed patients of the change at the start of 2022 and by April we had over 1,000 people signed up to our membership plan.

EF: That’s great news! How are you feeling about the future now?

SG: I have every confidence that it will work. There's always a slight trepidation with things like this because I bought the practice, including the building, for just over £1 million and I'm handing back – not selling – a contract of over £600,000.

But I do believe that we can and will convert successfully. We only need to convert between a third and a half of the patients to be able to service them with our premises and team. That goes to show you how many people you need to make an NHS contract work, and how fast you've got to deliver it.

EF: What was the reaction of the team when you told them about your plan to move to private?

Fortunately, my manager at the Chester practice is also the manager of one of my other nearby practices that had already been though an NHS to private conversion, so she knew what to expect and the difference it would make to the business and the patients.

Because she has been through the transition before, she was able to tell  the rest of the team that it was the best thing to happen, the patients will love it and will appreciate who you are and what you do for them.

The nursing team were able to see that for themselves anyway. When we bought the Chester practice, some of the nurses from there also went to work in our other private practice and their feedback was that they couldn't believe how nice it was, how nice the patients and staff were, and how relaxed it was.

Our business model is that we are a partnership and we're doing the right thing. I think the team saw that immediately when I bought the practice and we were investing money and building new surgeries to try and make the NHS work, but we weren’t getting any help back from the powers that be/NHS and it just wasn’t sustainable.

The team know that we’re genuine, we’re not fly-by-night people. We want to treat people well and provide them with a job for the next 20 to 40 years. So, I think they trust  that we have the best interests of everyone at heart by making this move to private.

EF: What advice would you give to anyone who may be considering making a similar move?

SG: Just sit down and think about who you are, what you are, and where you want to go in the next 20 years.

It's not a race, it's not a sprint. It's a long journey, and you've got to understand there's a long way ahead of you. You can't rule the world tomorrow.

I do not know one single dentist that's ever transitioned away from the NHS that's ever regretted it. You just need to make a plan, whether it's for next year or the year after, and then stick to it.

From my point of view, all I've seen is the NHS drag this profession down. There's obviously a place for the NHS but I'd like to see a completely different NHS system. We need to get rid of the current one, and then we need to develop a new NHS dental system which the Treasury can afford to fund properly. The majority of current fee paying NHS patients will need to go private/independent.

EF: Thank you, Simon, for sharing your experience, I look forward to seeing your Chester practice continue to grow and develop.

If you’re considering your options away from the NHS and are looking for a provider who will hold your hand through the process whilst moving at a pace that’s right for you, why not start the conversation  with Practice Plan on 01691 684165, or book your one-to-one NHS to private call today: practiceplan.co.uk/nhsvirtual

Emma Flunt is a Regional Support Manager at  Practice Plan and has over 20 years’ experience in dentistry. She’s worked in general and specialist settings, and training environments where she’s won multiple awards. Practice Plan is the UK’s leading provider of practice-branded patient membership plans, partnering with over 1,800 dental practices and offering a wide range of business support services.