Assessing Fitness to Practice: what test must the GDC satisfy? 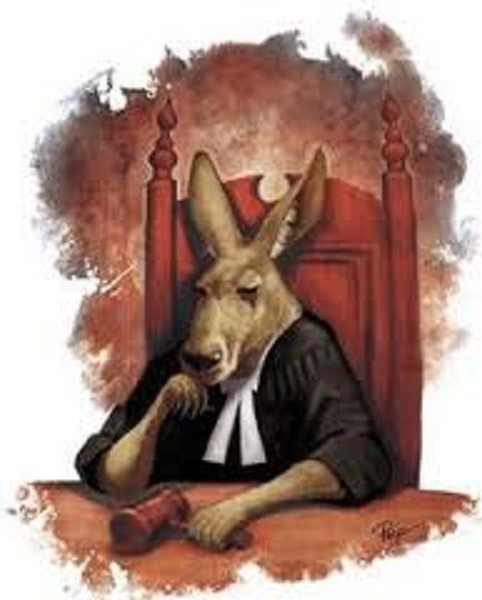 There is a feeling amongst dentists on forums such as this that the GDC has become too heavy handed when dealing with alleged misconduct cases.

Compare this with the GMC figures for the same month, there were only 6 misconduct Fitness to Practice cases of which only 2 had findings of impairment made against the doctor. Considering there are more doctors than dental professionals registered to practice in the UK, the difference is significant.

In November 2016 the GDC introduced Case Examiners in an attempt to help streamline the Fitness to Practice process. Their role is to consider whether a referral should be made to the Practice Committee. Given this new stage is still in its infancy, we are yet to see what impact this will have on misconduct cases within the dental profession. However, it is hoped that as cases will be considered by a lay member and a dental professional, a more proactive approach will be taken at an early stage. This is the approach taken by the GMC and the low numbers of misconduct cases being referred for hearings could be a positive sign of things to come.

Unfortunately there are rarely any consequences for patients who make spurious complaints which are not upheld; however, the same cannot be said for the professional. The time, stress and expense of misconduct hearings can have a devastating effect. Many feel that their stress is exacerbated by an unsympathetic and heavy handed regulator.

If you are facing a misconduct investigation, it will no doubt be a worrying period for you.  It is important to understand from the outset what legal test the GDC will be applying. This way you can properly prepare your defence and gather evidence from an early stage. Proper presentation at the start may well ensure that the Case Examiner determines that a case should be closed at an early stage. If the case should proceed to a hearing you will be armed with the necessary knowledge to put forward the best possible defence, which in turn could help with any later appeals to the High Court.

What test does the Professional Conduct Committee (PCC) apply when assessing Fitness to Practice?

The test the PCC applies is twofold;

Whether or not misconduct has occurred will depend on the allegations raised and the evidence produced and as such this element of the test will be fact sensitive. The PCC must decide whether ‘it is more likely than not’ that the allegations took place, which unfortunately is a relatively low threshold. However, even if any of the allegations are found to be proved, case law has established that the conduct must be ‘serious’ before moving to the next stage of the test.

Tip. Is this a potential area that can be challenged? Are you able to obtain evidence or refer to previous cases that show the misconduct is not serious and therefore no further action should be taken?

It should be noted that impairment is not assessed against any established standards of proof; it is a matter of judgment for the PCC committee. However, a failure to comply with the fundamental standards laid out in the ‘Standards for Dental Professionals’ is likely to lead to a finding of impairment.

Tip. Even if you do not accept the allegations against you, you should consider what actions you can undertake to show your fitness to practice is not impaired. For example, attending training courses, amending your policies and procedures, or being mentored/shadowing another dental professional. This should not be seen as an admission of guilt but a recognition that professionals can always seek to improve.

If impairment is found, the PCC will go on to decide which of the following sanctions to impose:

In deciding what sanctions to impose, the PCC must apply the principle of proportionality by weighing the interests of the public against those of the dentist.

Tip. This is where you need to put forward your mitigating circumstances so as to reduce the sanction imposed. Also you are allowed to suggest out what sanctions should be imposed and if you are able to give the PCC well thought-out sanctions bearing in mind the allegations, this could prevent erasure or suspension.

When the GDC receives a complaint, it first considers if it is the correct body to deal with it. If so, it will obtain more information from the complainant to assess whether one of the ‘Standards for Dental Professionals’ may have been breached. It is important to note that the Case Assessors do not make any findings of fact.

You will be asked to provide:

1.       Evidence of your indemnity insurance cover;

2.       Details of your current employers/anyone you are contracted to provide services to;

3.       If the complaint is about dental treatment, the patient’s medical records.

Tip. At this stage do not provide any further information than the above. Whilst it will be tempting to explain what has happened, at this stage the GDC has not set out what the allegations are against you, so you do not know what you are responding to.  Any statement given could later be used against you.

If the Case Assessors consider a dentist’s fitness to practice may be impaired the case is referred to the Case Examiners; the case will be considered by one lay person and one professional. At this stage you will be sent details of the specific allegations against you and it is at this stage you will be asked to respond. The Case Examiners are not making findings of fact. Their role is to consider whether there is sufficient information to make a referral to the Practice Committee.

Tip 1. If the allegations are not clear, seek clarification. If evidence is referred to, ask for copies of that evidence.

Tip 2. Whilst the Case Examiners are not determining the case, if you can show there was no misconduct, we would recommend responding fully to the allegations and providing evidence to support your assertions. However, if you think there may be a case against you on the evidence received think very carefully before making any admissions at this early stage. It may well be worth seeing the extent of the case against you before admitting any wrong doing.

Should the case progress to a hearing then you will need to fully prepare for the same bearing in mind the test set out above. Consider:

·         Will other dentists/patients provide statements as to your character?

·         What mitigating circumstances are there?

Tip. If you are not happy with the GDC’s decision you have the right to appeal to the High Court within 28 days. We set out the circumstances when you can appeal in Issue 2 of our dental bulletin.

If you need advice on a current Fitness to Practice investigation or appealing a decision of the GDC, please contact Laura Pearce on 0207 388 1658 or by email at lpearce@jfhlaw.This email address is being protected from spambots. You need JavaScript enabled to view it. for advice.