Lessons to be Learnt from Recent Cases 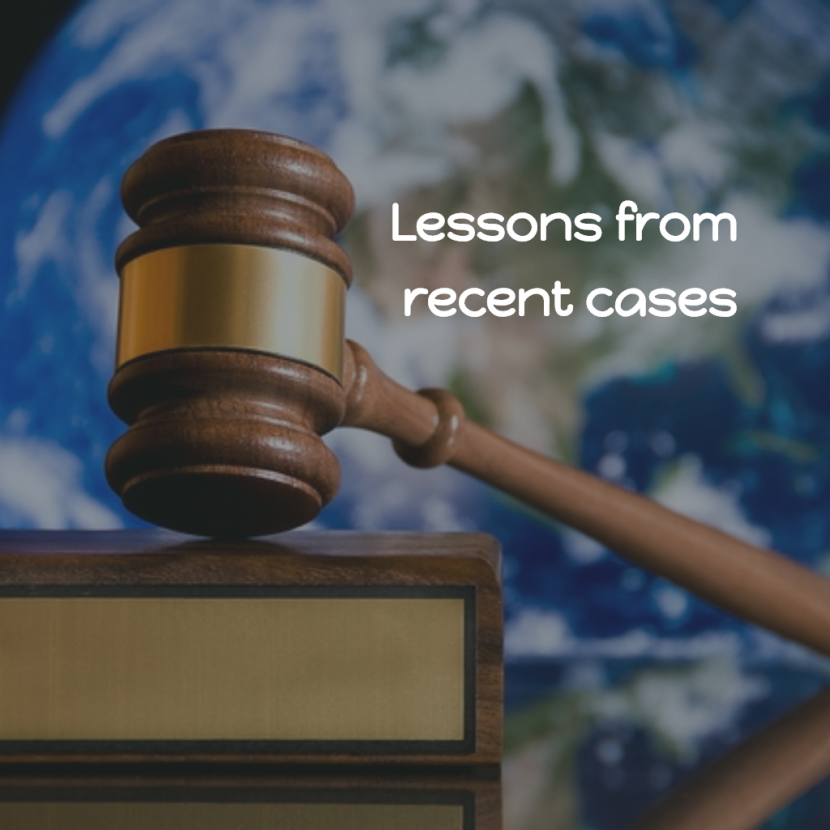 In this blog we look at two recent cases, one before the Fitness to Practice Committee of the GDC and one before the Health, Education and Social Care first tier Tribunal (‘HESC Tribunal’), and consider what lessons dental practitioners can learn from them.

Dr Darfoor, a dentist, was before the Professional Conduct Committee (PCC) on 18th January 2016. The allegations against him concerned the treatment of three patients during the period 2011 to 2014. The charges against Dr Darfoor ran over three pages of the judgment and included allegations of failing to adequately explain and/or record explaining to the patients the treatment they were to receive and thus failing to obtain consent.

The most serious allegation against Dr Darfoor was an allegation that he had failed to obtain consent and was dishonest in his failure to do so. It is this allegation we are going to focus on in this article.

Dr Darfoor was carrying out treatment on Patient C for composite restorations and bone grafting. Dr Darfoor informed Patient C that the bone would be “synthetic”. In fact the bone was xenograft, which as you all know is bovine derived. Dr Darfoor had made the same assertion to Patient B, however, what made this allegation against Patient C more serious was the dishonesty element. Patient C had informed Dr Darfoor on a couple of occasions that he was a vegetarian and would not want animal products to be used on him.

Dr Darfoor denied knowing Patient C was a vegetarian but the Fitness to Practice Committee found that he did know this but went ahead with the procedure using xenograft in any event. The allegation of dishonestly failing to obtain consent was therefore found to be proven.

Every dentist knows the importance of obtaining consent from a patient. In Issue 5 of our Dental Bulletin we set out the legal issues surrounding consent.  Essentially, in order for consent to be valid it must be given voluntarily and freely, by an informed person and by a person who has capacity to give consent. In the recent case of Montgomery the court put a greater burden on dentists when obtaining consent in that it held a medical professional will need to look at what a reasonable person in the patient’s position would consider was a material risk and this places a duty on the medical professional to advise on that material risk. Therefore if the dentist has knowledge of a patient’s wishes or beliefs he must take this into account when providing information as to the procedure that is being undertaken.

Dr Darfoor had also failed to provide Patient C with other information about his treatment. However, it was the knowledge of Patient C’s vegetarianism and his failure to inform the patient he was using animal material that made his actions dishonest.

This case highlights the importance of ensuring you have an open and frank discussion with patients about the treatment you are providing. Make sure you listen to any concerns or queries raised by the patient, as this could affect the information you provide to them. Dr Darfoor also failed to keep adequate notes. Therefore, if a patient does raise an issue, make sure this is in your notes along with any advice you have provided in response and the patient’s final decision.

If you would like to read the judgment in full you can find it here.

However, we would not recommend following the path of Mr Corney and Mrs Webb when deciding if you should challenge the findings of an inspection report.

The couple purchased a care home in 1994 and described their philosophy of care as being based on the ‘European Style’, which they say meant living in the home with the residents and caring for them as if they were their relatives.

The home registered with the CQC in October 2010. Between January 2013 and April 2015 there were six inspections carried out. Each recorded a finding of ‘inadequate.’ In fact on the last visit by the CQC the couple and staff refused to speak to the inspector or show him any documentation; his visit lasted 17 minutes! If only all inspections were that quick. In August 2015 the CQC issued a notice of proposal to cancel registration.

In addition to the action taken by the CQC, in November 2013 Dorset County Council ceased to commission the care home due to safeguarding concerns they had with the home.

Mr Corney gave evidence on behalf of the couple. He was adamant that the findings of the CQC were wrong but produced no additional or expert evidence to support his case. He maintained throughout that the CQC and the local council were working together to shut his business down. The couple failed to make any changes to their practices or procedures despite having clear recommendations from the CQC.

The HESC Tribunal found that the couple were unwilling to change and to keep up to date with current standards and regulation. They went so far as to say ‘Mr Corney also has an unmoveable conviction that he is right.’ The cancellation of registration was therefore upheld. The full judgment can be found here.

We consider this is a rare case; most providers when issued with an inadequate report will do all they can to improve standards. Not wait for a further five inspections to take place. However, what it does highlight is that if you can challenge the CQC’s findings, with say additional or expert evidence, you can pursue the matter via the HESC Tribunal.

It also shows the importance of accepting where errors may have been made and looking to improve on standards or change procedures. Mr Corney clearly did not like change and we consider this factor and his failure to work with the CQC played a part in the removal of the couple’s registration.

We would comment that with the new regime for inspection that came into force last year for dentists, there is less of a focus on a ‘tick box’ exercise.  Inspectors have five key questions to consider and should be taking into account all relevant factors when assessing if the regulations have been met.