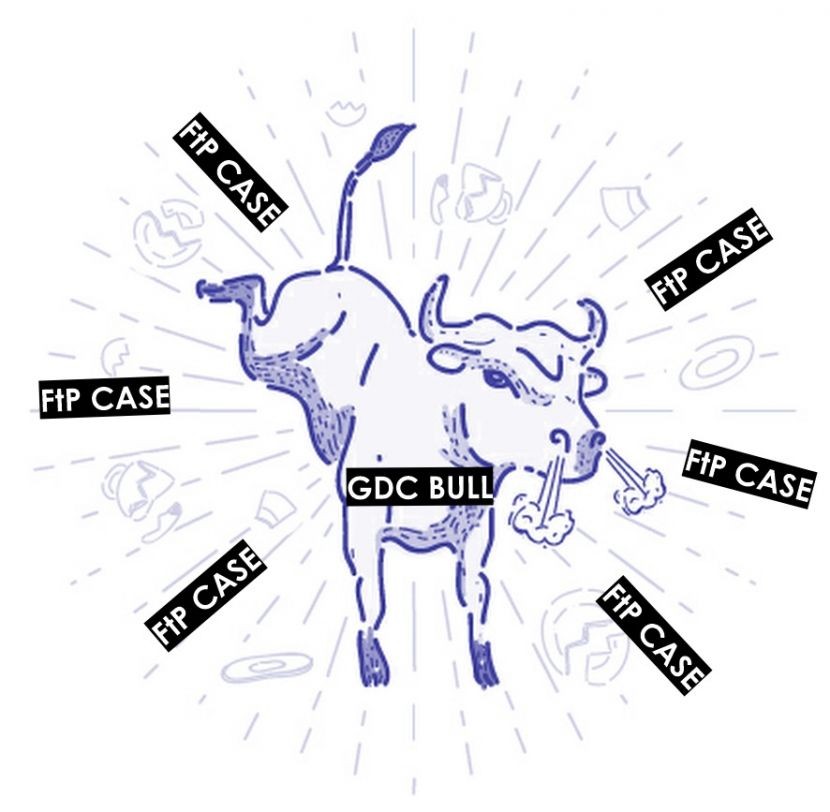 Is the GDC a sort of Beaurocratic Supertanker, steering a steady, slow path to its chosen destination, slow to change direction and similarly hard to stop?

Or is it akin to a Bull in a China Shop? – breaking everything it touches in an out of control display of unnecessary strength?

There have been a number of recent high profile GDC cases which have caught the eye of any casual observer.

By far the highest profile, in terms of reflective blogging and reporting, is that of Dr Colin Campbell, a colleague who has a practice and training facility which offers implants as a special interest and is generally regarded as being state of the art and second to none. As good as you can get. If you have not read his reflections on his experience at the receiving end of the GDC systems, I have linked them below. It makes painful, perhaps stimulating reading.

You will I am sure be left with one driving question.

Why does one case drive such a vindictive, damaging process?

There was another case which was even more worrying: This case of a colleague in the south west went all the way to an FtP hearing before the Panel finally nailed it with ‘No Misconduct Found’.   In this case there was NO patient complaint – it was the Charity, the “Good Thinking Society”, founded and led by journalist Simon Singh, who contacted the GDC based upon a web trawl. Having discovered concerns with some web site material, the Charity chose NOT to contact the practice at all.

But then again, neither did the GDC who took it all the way to a Hearing… at a cost of about £200,000 all in [Registrants costs, GDC costs  etc].  The case revolved around some web site wording which was changed before the process truly got under way, after a request from the GDC!!

You will I am sure be left with one driving question.

How can some contentious wording on a web site, which can be changed overnight, where NO patient has been involved, and where NO attempt at local and direct resolution has been attempted, possibly justify a full hearing?

These are not cases which need ‘the law changing’ to avoid being taken so far. S60 orders have nothing to do with this fiasco.

This is pure vindictive incompetence.

It is a regime of Regulation by Fear. At a team level, the GDC do engage, and apparently learn, and we must be grateful that the PR teams of the GDC do come out and meet and greet.

But despite all that hard work, we continue hear the dulcet tones of the limp rag of leadership that is Dr Moyes, and still the Bull rages in the FtP China Shop. Still we see NO evidence of proper oversight by the Council. Still we see the Registrant members of the Council taking their expenses.

It’s perhaps a reflection perhaps of the mind-set of the GDC in the past, and their reluctance to act in any way which might be regarded as agile or rapidly adaptive, that still we have no specialisation for implantology.

We continue to see quite extraordinary cases heading out to an FtP hearing based on dubious investigative methods and a sense that the charges are trumped up come what may to try and make some mud up, let alone make it stick. There is a sub-genre of course of expert witnesses who have questions to answer in this respect.

The case of a retired Orthodontist and a single patient, with his long spat with the 'establishment'  has become so embroiled that the 5 days of the initial hearing proved insufficient, and an adjournment was taken. For what possible benefit?

But most important you will I am sure be left with one driving question. Why?

If you are a member of the BDA you may well have heard from the dentists present at the recent Manchester Conference that Dr Campbell’s presentation pretty much stole the show. It is also fair to suggest that Alistair Burt MP, the Health Minister certainly spoke eloquently the necessary words in respect of the scandal that is Infant Dental Prevention, and the scandal that is GA Admissions.  Finally, of course the FGDP are coming of age, and in particular engaging down in the mud with us wet fingered souls, and re-publishing their guidance on Record Keeping, which will be Open Source. That is a very welcome move, Sirs.  The GDC of course is off limits for a Minister.

Which will happen first? NHS Change or GDC change?

If one has to speculate, I reckon we will still be talking in 6 years [when the ‘Newish Prototype Contract Version x ’ emerges] about child dental treatment & prevention as funded by the Government because there is no more money to deal with these matters.

Whereas, I suspect that the passionate and motivated colleagues in self-funded dental practice who are feeling the cold hand of the GDC will be effective in their lobbying for significant change.

The GDC will change.  How and when is to be decided.

No one objects to the idea of a regulator for the industry that is dentistry. It is the quite surreal high cost, psychologically, professionally, financially, and in time terms of the blunt instrument that is FtP, allied an unaccountable Interim Orders Committee that is objectionable.

It is the idea that the GDC are a first line Complaints Handling Agency.

It is the idea that all dentists are out to harm their patients and lessons must be public, humiliating and disproportionate.

The salt on the professional wounds is, in case after case, Dr Campbell’s being but one, and our colleague in the Southwest who fell victim to the dubious Charity The “Good Thinking Society” being another, where the GDC blankly refuse, or have wilfully chosen not to, force any complainant to seek local resolution first.

That is a choice the GDC make.  Why?

So… it’s the end of the season, and there is new management in place.  It’s not just in the national game that management is brutally changed!

Mr Brack’s first job as substantive CEO at the GDC is clear – stop feeding the monster. Sedate the Bull.  Perhaps after the events of a US Zoo at the weekend, shoot the beast dead.

Perhaps … stop FtP until it is reconfigured?

So as we head for the ARF setting for 2017, what has changed? We have a new Chief Executive in Mr Brack.  And a new Director of FtP in Mr Green.  And old hand in the shape of Dr Moyes.  These three have the future of dental regulation in their hands. Dr Moyes having proved reluctant to grasp the mettle with his Council team, so it must be Mr Brack, in partnership with Mr Green.

So no pressure gentlemen. The survival of your organisation and Dental Regulation as we know it depends on you calming this raging beast that is FtP, and it looks doubtful that your Council will be much help.

The clock is ticking and many professional eyes are on you.  Indeed, some are still weeping from the whipping that presently is FtP