Specialist Lists and the GDC Review 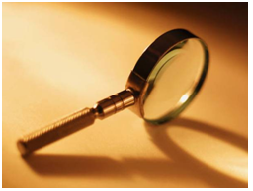 The GDC specialist lists were established in 1998; the most recent, Special Care Dentistry, being added in 2008. The UK has more recognised areas of specialism than any other European country.  There are currently 4261 registered specialists across the 13 disciplines. The GDC are not obliged to have specialist lists, but are empowered to do so by various pieces of European and domestic legislation and regulation. If they wanted to dispose of the lists it would not require legislative change, but would need a compelling policy reason and would require a significant amount of regulatory change.

There is no comprehensive data about the total number of patients treated by Specialists each year; although there were 2.7 million outpatient appointments within dental speciality clinics and a further 320,000 consultant episodes in 2012/13 according to NHS data. This of course does not account for private patients.

The GDC recently undertook a review of the way in which the specialist lists are regulated. The aim was to determine what the benefit of regulation was when it comes to patient protection and whether the lists did in fact help patients make a more informed choice about their dental treatment.

The first phase of the review began in January 2014; whereby information was obtained from both the public (with a representative sample of 500 adults) and the profession regarding their experiences (there were 68 responses from the profession, including 25 from individual specialists and 5 from GDPs).

The most common way to obtain entry onto a specialist list is to undertake a recognised training programme. Approximately 500 students per year attempt this route. Alternatively, candidates can seek to illustrate equivalence in “knowledge and experience gained through academic or research work”; commonly known as mediated entry.

European registrants with qualifications in Oral Surgery or Orthodontics are automatically recognised.

Only a registered specialist can use the title. This is also true for the use of the “ist”; endodontist, periodontist etc. It is not permissible to use the phrase “specialising in” if you are not registered on a specialist list. The only permissible terms are “special interest in”, “experienced in” and “practice limited to”. Using an incorrect term can lead to professional disciplinary proceedings and/or a conviction and fine.

The cost of registering on a specialist list are relatively low; just £345 for initial registration and £72 per year thereafter.

The GDC have calculated that the cost of regulating the specialist lists in 2014 was £339,000, which income is forecast to exceed by 6%. There does not appear to be any comparison with earlier years, and as such it is not known whether this is a constant figure. However, this cost also includes the cost of the review so is likely to be much higher than previous years.

Conclusions of the Review

Does specialist regulation bring any benefits in terms of patient and public protection?

The reality is that public awareness of the specialisms is extremely low; shockingly more than half of those surveyed did not know ANY specialism existed. Only 1% was aware of periodontists and restorative specialist, only 2% of prosthodontics and only 3% of endodontists. The highest recognised term was “cosmetic dentist” at 22%, closely followed by orthodontist at 19%. Worryingly 10% believed implantologist to be a recognised speciality. However, most people felt that it was important that specialists were properly regulated. Unfortunately, only a third of those questioned had even heard of the GDC (and this was when prompted!).

It is useful for specialists and practice owners to bear in mind that when choosing a specialist most of those who did recognise specialisms relied on their dentist’s referral rather than their own research. What is abundantly clear is that dental specialists are not effectively marketing their existence, and by implication their value.

Of those in the profession who responded, the general view was that regulation should not be decreased and that deregulation risked those not properly qualified attempting procedures outside their capability. However others pointed out the lack of evidence that regulation does in fact improve patient care. Concern was raised re the lack of regulation of specialists post-entry. At present CPD requirements are the same for both GDPs and Specialists.

Is regulation proportionate to the risks posed by dentists providing complex treatments?

Perhaps understandably specialists were more supportive of the lists than GDPs. Some respondents felt that the fees charged were disproportionate. However this is surprising bearing in mind the amount of administration required in certain cases. £345 may seem a lot for someone who has been awarded the CCST, but is a small reflection of the cost of mediated entrance. It is curious that a more diverse fee structure has not been recommended and that practitioners are not being asked to fund appeal hearings, particularly if unsuccessful.

Many respondents questioned the need for the number of specialist lists. However the review concluded that they were necessary due to the number of complex procedures undertaken.

Are the specialist lists the appropriate mechanism for helping patients make more informed choices about care seen as falling outside the remit of a GDP?

74% of patients who had visited a Specialist had been referred by their GPD. Only 4% of those questioned said that they would check the details of their Specialist with a regulator. Although the majority responded that it was important that the information was there if they did want to check.

GDPs and Specialists generally agreed that the lists do assist in making appropriate referrals.

In reality although specialist lists are available on the GDC website, the public a) doesn’t know about the GDC website and b) doesn’t understand the terminology used and significance of qualifications recorded. It would appear that it is the GDC who are failing in the provision of information to patients.

Should the GDC be the body to regulate the specialities?

It was generally agreed that the GDC are the appropriate body to regulate, however it was pointed out the GDC was reliant on the Royal Colleges to provide guidance on the skills, knowledge and behaviour of specialists. Nor does it quality assure specialist training or have a separate revalidation process in place.

The review made for possible proposals for the future:

1.       Strengthen the GDC’s approach to regulation. The GDC are developing a “work programme” to achieve this and intends to give a clearer definition as to the meaning of specialist, ensuring the lists are correct, “tightening up” mediated access or removing this route entirely, quality assuring specialist training and providing information to patients.

It appears that the only rational for proposing the removal of mediated entry is to reduce costs. Surely a fairer and more sensible approach would be to charge applicants appropriately.

If the Council is of the view that the current regulation does not offer significant benefits to either the public or patients; is not proportionate; or that resources could be more properly focussed on key regulatory functions; then there would be no further policy changes and instead possible alternatives to statutory regulation would be explored. This could include investigating the possibility of removing all specialist lists save Oral Surgery and Orthodontics:

3.       Continue to regulate the Specialties, but not make any significant policy changes. Although it is still suggested that the mediated entry route would be reduced.

4.       Further analysis of the evidence of improved patient outcomes.

Overall the review has uncovered the alarming lack of understanding by the public regarding Dental Specialists and the Lists. However, on a more positive note, appears to suggest that those within the profession believe that the lists are both necessary and helpful. Of the proposals, only one thing is clear that dentists can expect an attack on the mediated entry route over the coming years; although there seems little justification for this save on costs grounds.