When a win isn’t actually a win 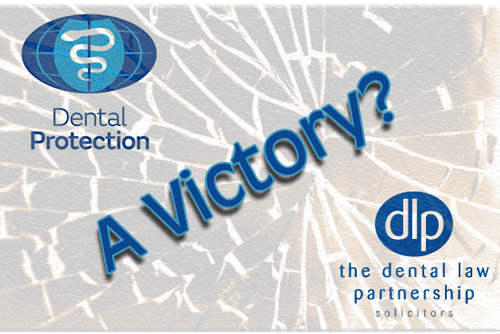 There have recently been many worried rumblings in the profession amongst principals about the issue of vicarious liability and non-delegable duties of care  concerning their associates after the case of Rattan (Rattan V Hughes [2021] EWHC 2032 QB). In this particular case it was found that a principal who hadn’t actually treated a patient was still liable for the negligent treatment by dental associates.

This case involved primarily an NHS setting and has been admitted to be a test case, so whether this would have had similar ramifications for private dentists who do not hold overarching Provider/performer contracts would remain to have been seen.

This was duly appealed by the defendant (who just so happens to be the head honcho of Dental Protection – an indemnifier that I left because they wouldn’t defend members in cases of Vicarious Liability three years ago). The appeal was heard on the 13th January and the result of this have been made known today. I am assuming that the indemnifier has used its ‘Discretion’ to defend its member, but how many members previously has it not supported in cases of this nature?. That discussion might be for another article.

What seems to be both interesting and confusing is that both sides in this case appear  to be claiming victory today. Dental Protection have tweeted and press- released information saying that their appeal was upheld with regards to the application of vicarious liability and as such they have won. The chambers of the barristers who supported the claimant, have also released a case note today that indicates the appeal was in fact dismissed and that the principle of the non-delegable duty of care is still in place.

So what has actually happened? It appears that the appeal by the defendant was on 2 grounds, in that there should be neither a non-delegable duty of care or vicarious liability, when an associate works with a principal. The major difference between these two terms are basically that the vicarious liability tends to be relevant when a working relationship is actual employment or akin to employment. A non-delegable duty of care is a term that means a duty of care cannot be delegated to an apparently independent contractor. This was defined in a case in 2014 (Woodland v Swimming Teachers Association and others [2014] AC 537) where it was decided that where certain criteria were met, the person or entity that delegated an act to an independent party had a duty of care. (The usual relationship was that the delegator of responsibility to an independent contractor would not be liable for the contractors negligence). The non-delegable duty is also defined as a primary duty that is imposed on the defendant, i.e. the person delegating the work to another independent contractor (in this case an associate).

Dental Protection have succeeded therefore in only removing one aspect of two that placed a principal under a duty of care to an associate’s patient. I’m not sure that this can be claimed as a huge victory as it is quite obvious that the appeal court judges still maintain that there is a non-delegable duty of care that rests on the principal for the associate(s) work in a practice. All that has happened in reality is that the relationship between an associate and principal has not been seen as sufficiently close enough to one of actual employment for the vicarious liability aspect to be engaged. In the appeal, Lord Justice Bean acknowledged many aspects of associate self employed status, such as clinical freedom, tax independence, and freedom to work as and when they want amongst other reasons which confirmed the reasoning for maintaining the self employed status of associates in this case.

So the result of the appeal is a bit like being 1-0 down in the last minute at the World Cup final, and the team leading score another goal with the final kick, but it’s then disallowed. When the final whistle blows, it doesn’t really matter if you lost 1-0 or 2-0, you lost. Another analogy would be for the condemned man to be told he no longer had the option of a firing squad, but was still getting the lethal injection.

So the threat as I (and others) see it is that principals are still going to be liable for the mistakes of their associates. However it wont necessarily be under vicarious liability, but still by breach of the non- delegable duty of care the principal has. The outcome to me looks like it will be the same.

This blog was published in response to news coverage of this court case.

Tweet
Tags:
Dentistry Dental GDPUK.com
No Time To Talk - The GDC and GDPs
It’s not all black and white

Why Digital Dentistry Is A Purple Cow