King v Sash Windows; could a bill for 20 years back dated holiday pay land on your desk? 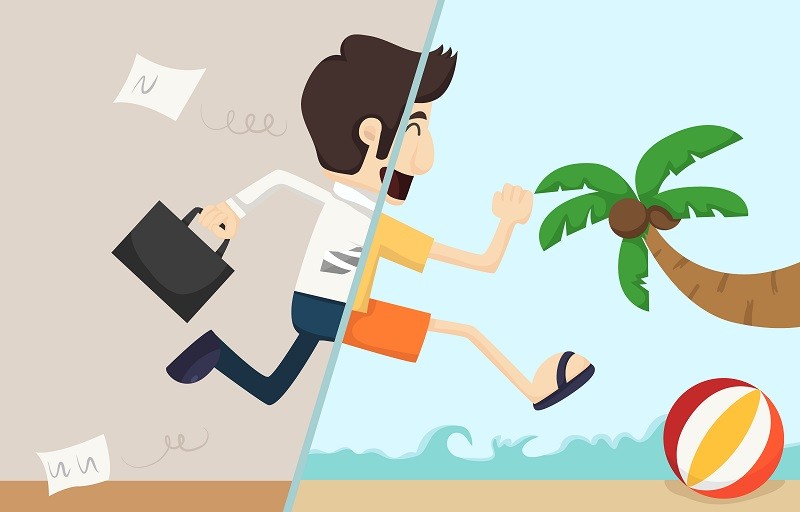 On 29th November 2017, the European Court of Justice (ECJ) handed down its decision in the case of King v Sash Windows. It is another case in a long line on holiday pay and has opened the flood gates for workers to claim unpaid holiday dating back 20 years.

Why is this relevant to dental practices?

Mr King’s case does not change the legal test for establishing who might be a worker. However, prior to this case, it was thought that workers could only claim up to two years back dated holiday pay. This meant the risk to dental practices if an associate was wrongly classified was fairly limited.

Now a dental practice is at risk of having to pay anyone found to be a worker unpaid holiday from the start of their contract or from 1998, when the Working Time Regulations came into effect, if the contract began before then.

Definition of a Worker

Before looking at this case in any detail, it is important to understand what the definition of a worker is. This is another area of employment law that has had a number of high profile cases in recent years. In essence the test is as follows:

Most associate contracts contain a right to send a substitute. However, if the right is fettered this

could result in the associate being found to be a worker.

If you have an NHS contract, you need to ensure that the associate meets their UDA targets. This

therefore could infer into the contract a mutuality of obligation.

No; the customer is the patient. The associate is providing their services for your customers.

Mr King was a self-employed window salesman. He began working for Sash Windows in 1998 and was paid on a commission only basis. He never asked for holiday pay and he never received it. On average Mr King took fewer holidays each year than a worker is entitled to. Just before his 65th birthday Mr King’s contract was terminated on the platform of Victoria Station due to his age.

Mr King pursued various claims including unfair dismissal and age discrimination. Here we will just deal with his holiday pay claims, of which there were three, namely:

The employment tribunal found Mr King to be a worker and all three holiday claims were successful. He was awarded £27,257.96 in total for this element of the claim.

The case was appealed and there were cross appeals in relation to various aspects of the findings. The issue in relation to the holiday pay claim was ultimately referred by the Court of Appeal to the European Court of Justice.

Firstly, the only holiday pay claim subject to appeal was in respect of claim 3 – holiday pay due for any days not taken from the annual leave entitlement.

Sash Windows’ main argument was the ‘use it or lose it’ principal, which in essence states if a worker does not use his annual leave entitlement in the applicable holiday year he will lose it entirely. This is because there is no automatic right to carry holiday entitlement from one leave year to the next. They also suggested that a worker would have ‘double recovery’ if they received pay for holidays that they in fact worked and were paid for.

The Working Time Directive was enacted to ensure the health and safety of workers; to allow employees sufficient time away from work to ‘recharge’.  Therefore workers should not be deterred from taking their annual leave entitlement. Given this underlying principle the ECJ found that:

An employer who does not allow a worker to exercise his right to paid annual leave must bear the consequences.

Therefore whilst there may be double recovery, that is a risk the employer takes in not granting a worker his paid annual leave.  The ECJ felt it was for the employer to correctly categorise staff and ensure they are given their employment rights, as workers are in a weaker bargaining position.

The case has been referred back to the domestic courts for a final decision. However, the Court of Appeal will no doubt follow the ECJ’s decision.

This means that an associate can continue to claim they are self-employed and then on termination seek to argue they were in fact a worker and claim back dated holiday pay. There would be no down-side for the associate, as employment tribunal fees have been abolished and there is no costs regime. Also as the test for employment status is different for HMRC and the tribunal, a retrospective change of status would have no bearing on this. The risk is therefore all on the dental practice.

Further, the definition of a worker under the Working Time Directive is wider than the UK law, which an associate may be able to rely on when pursuing their claim.

First and foremost, make sure you correctly categorise your workforce from the outset and provide a contract that reflects the true basis of the relationship. Whilst this means front loading time and costs, it is likely to save you a hefty legal bill later down the line.

This decision only affects the 4 weeks annual leave granted by the Working Time Directive. Not the additional bank holidays given by UK legislation. Consider amending your contracts to state that UK bank holidays will be deemed to be taken last. You would not need to add this to associate contracts, but if it is in your employment contracts you will be able to rely on this as evidence should a claim be pursued against you.

When buying a practice do your due diligence on the workforce. Make sure the old practice is complying with the Working Time Regulations. Ensure the sale agreement contains indemnities in case staff have been wrongly categorised. Consider implementing your own contracts that are genuinely self-employed, time limits for presenting a claim against you would then start running from the date of the sale.

When selling a practice be careful what warranties you give to the buyer. You would not want to be liable for the entire claim, especially if the new practice has also continued with a contract that was not genuinely self-employed.

If you need advice or assistance in relation to employment status and protecting your position, please contact Laura Pearce on 020 7388 1658 or email her at This email address is being protected from spambots. You need JavaScript enabled to view it..