All that's new in the world of dentistry
JUN
24
0 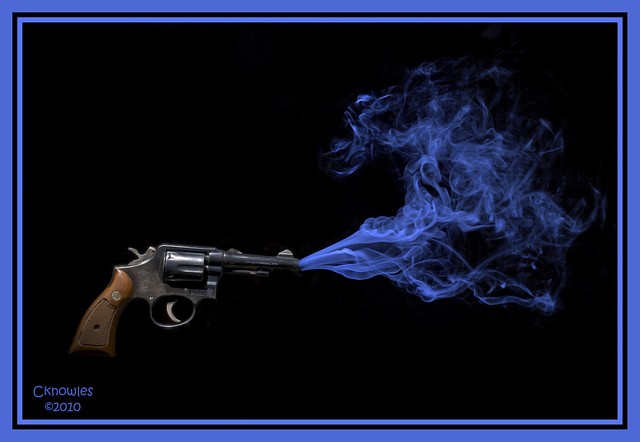 The Hired Gun with a smoking gun….

We all know the GDC has spent the last few years on its own little self-righteous planet, and even given its recent pitiful showing in front of the Health Select Committee there appears to be no sign they are planning to return to normality in the near future.

Indeed, this week, what can only really be described as damning evidence of the GDC’s utter and complete contempt for the process of Justice in its most fundamental form has been revealed.

A case in front of the Professional Conduct Committee this week has revealed that it is not only the initial stages of the disciplinary process that are woefully inadequate which resulted in their huge backlog of cases; but that the basic legal requirement of full disclosure of the case against a registrant may be riddled with horrific inefficiency and contempt for the fundamental tenets of justice. Not only that, the GDC is not following the rules set out for its registrants and flagrantly flouting them in order to pursue its own agenda of what now appears to be a persecution of the profession via its individual registrants. The PCC themselves described it as an ‘Offence to Justice’.

In this particular case, amongst other things, the GDC had 9 different versions of its expert witness report, and failed to submit many of them in a timely manner for the defence case to be prepared. It was still submitting them to the defence on the day of the scheduled hearing. Not only that, but it would appear that evidence the GDC held was not submitted to the defence at all, which may have helped the defence case. Thankfully the outcome has been for justice and propriety to be upheld by the members of the PCC. (who have for some reason remained anonymous)

With the facts that have come out about the way this case has been handled, the GDC has now plumbed new depths it seems. I didn’t think we could be treated with any more contempt that we already were; but this is jaw-droppingly bad. By what definition do the GDC expect us to have fair trial if they don’t submit the evidence as per the rules? They fail by their own standards throughout this case. Where is their duty of candour? Where is their transparency in their dealings with the registrant?  Have they actually read the Human Rights act? I refer them particularly to Article 6, the right to a fair hearing, which quite obviously would not have occurred in this case had it not been for the integrity and the strength of the members of the PCC.

For the PCC to accuse the GDC of being egregious (or outstandingly bad) is an extremely strong and unusual stance for them to take. Whilst this occasionally happens in the criminal and civil courts when a judge or jury might take exception to the conduct of one of the sides, for a committee funded by one of the sides to effectively take a swipe at its paymaster is highly unusual. I know the PCC is made up of independent members, but don’t forget, despite this independence, they are funded by the prosecuting side, the GDC. I am not for one minute casting any doubt on the integrity of any of the members of these panels, and in this particular case nothing could be further from the truth. But one has to wonder how much of a culture of fear is being instilled that pervades throughout any process the GDC is remotely associated with including these committees. How many other cases have been similarly dealt with by the GDC and the PCC not spoken up in the same way? We know now that this is an organization that doesn’t seem to apply the rules of law and justice properly to those it pursues, and even think these rules don’t apply to itself, and then show no insight whatsoever into its failings. Even the GDC solicitor involved in the case appeared to have had an inappropriate contact (not contemporaneously noted incidentally!) with the patient witness in order to ask leading questions and to coach them which also a big no-no.

Just as strident but more worryingly to my eye is the criticism the GDC’s expert witness comes in for at the hands of the committee. I have not seen this amount of criticism of the expert in any case before. It almost seems like he has gone out of his way to act as some sort of private investigator in order to help the GDC secure its desired conviction. There have been a couple of cases recently where the GDC’s expert witness has come in for criticism, but not to this degree.

Expert Witnesses are required to be independent and objective. It is an enormously privileged position to be in as they alone are allowed to give opinion-based evidence to a court and not just statements of fact. They are not and should never be seen as a Hired Gun to destroy the defendant. For whatever reason it would appear that in this case the expert has gone beyond his remit in such a way that one could seriously question that if this were a civil or criminal case whether serious charges against him would be the result of such a deviation from the accepted role. All the expert witness training I’ve done (and I’ve done a lot) has stressed the importance of never being a Hired Gun. I’ve had solicitors request I change parts of my reports to better serve their cases; and the answer has always been an immediate refusal. An expert witness has a duty to the court and to no-one else. We are not Magnum PI no matter how much we might want to be.

But by acting as a hired gun, this expert has now turned this case into a smoking gun.

Experts are no longer immune from prosecution, and given the evidence in this case, one has to wonder if the abuse of process by the GDC and its expert means that this should now be taken further by the defence team in order to recoup their costs. Ironically, the expert could well be professionally covered by the same indemnifier involved in the defence, but then I’d have thought that might be an appropriate time for any discretionary support for the expert to be withdrawn since it appears he acted in such an unusual manner. Its also rather hypocritical of an expert who appears to be acting far outside his remit to feel he can stand in judgment of a practitioner who may or may not be acting outside his sphere of expertise. Unfortunately Expert Witnesses are not regulated in any way other than by their profession; but this behavior has to be close to bringing the ‘profession’ of expert witnesses into disrepute. I know a good many experts who are aghast at the revelations in this case.

I’m sure the acquitted practitioner will probably now want the whole thing to go away, but I really hope that he doesn’t take this lying down; the GDC should be massively on the back foot with this revelation, and the profession’s moral (and legal) advantage should be well and truly rammed home now.

The BDA should also now get very vocally involved again, and if they don’t they are going to miss a huge opportunity. If they approach it through lobbying MP’s they should broadcast this loudly to the profession so we can hear their voice.  Some have said they should call for a complete halt to the GDC investigating process; but this would leave the public open to the risk of any truly dangerous individual being left free to practice. However, in my opinion they should press for every case both this expert and this particular GDC team been involved in to now be independently reopened, re-examined and all at the cost of the GDC. The costs of this should then be made exceptional from the annual GDC budget so they cannot then charge the profession for this. I’m sure they’ve got some indemnity insurance kicking around somewhere they can use. In addition, every pending case that involves just a single patient complaint should be now be suspended until a full independent inquiry (and I don’t mean by some equally flawed organisation like KPMG) into the above cases has been completed. There should be full and complete disclosure, and compensation paid to any registrants if the GDC are found to be in the wrong. Any employees of the GDC found to be in breach should feel the full weight of any legal process, and not be allowed to hide behind the corporate protection of Wimpole Street.

The GDC are quite obviously in breach of the Human Rights Act. There was no way this registrant was going to get a fair trial, and the GDC were quite obviously unconcerned by that. How many times they have done this before now needs to be made public. If we persistently did the same to our patients we would lose our careers, our livelihood, and our professional integrity. They should pay the same price and their executive should now be held vicariously liable if the law has been found to be broken (again…)

Resignations of individuals at the GDC are no longer enough for confidence to be restored in our regulator. The profession should demand the highest powers possible now decide their fate. Whether this should be up to individuals crowd sourcing an opinion from a barrister as to whether the GDC are breaching our human rights; or our indemnifiers taking their own legal action to seek redress for the expenses incurred in cases like the above;  and whether the Health Select Committee recall the GDC Executive to be given the coup de grace; or the BDA continue their lobbying of MPs whilst we keep filling those same MP’s mail sacks with letters. It needs to be all of the above and simultaneously. We need to unleash a veritable storm that cannot be ignored.

Enough is enough. We need to keep taking firm action.  Is the entire profession listening? It’s time to hit back again.