The Light At the End of the Tunnel 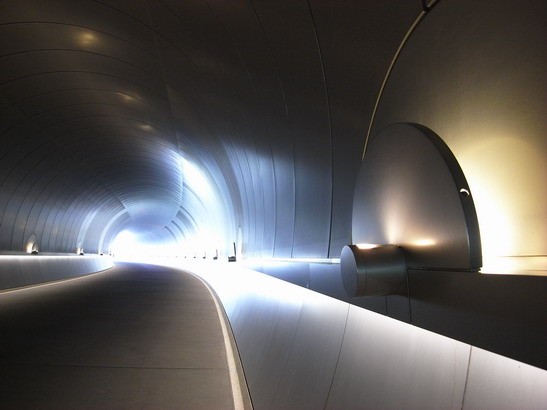 What is it about our profession that makes us targets for everyone? From the press to the government, from our patients to regulators, what have we ACTUALLY done to deserve the increased regulation, the increase in complaints and litigation, and the constant vitriol of the press?

There is a constant ‘hum’ in the background in my opinion that represents the unrelenting pressure we are under, and in my opinion, for no real reason.

We have the press always looking for a ‘Dodgy Dentist’ story, with hopefully some evidence of how we rip off the public, but if they don’t have that evidence, they’ll misrepresent something anyhow. We have some of the regulators literally strangling the freedom out of our profession, and we have the legal profession all too willing to take advantage of our (costly and rapidly increasing) indemnity.

Have we let ourselves become some sort of professional whipping boy by our virtue of our dignity and professionalism in the past? Or do some of our colleagues (both past and present) have to answer for this perception of us? By not standing up more vociferously in the past, have we allowed what amounts to the various playground bullies to keep on taking a free hit at us knowing we don’t, won’t, or can’t fight back? Whilst I agree we need to put our house in order where some things are concerned (such as gaming) for which I then feel the criticism is just; but I can’t be the only one who feels that we are just waiting for the next onslaught of negativity to land on us from somewhere.

Why else would the public still believe the often ridiculous stories printed in the press? Interestingly, they never seem to associate ‘their’ dentist with the type of stories that come out. In that case why on earth do we still have the bad press? Where is our PR? Why do we have to couch everything positive we do in such woolly airy-fairy language so we don’t look like we are blowing our own trumpet?

If this blog seems to be coming from a negative direction, then you’re right; The state of mind that I carry from time to time about my profession is the reason for this, and I know I’m not alone feeling this way. Both the BDA and DPL have recently released press statement with evidence that dentists (and probably by association their teams and families) are generally more ‘down’ than the rest of the population. Given that we are largely exposed to the general issues affecting all the rest of the populous in the same way, then the only reason we must be feeling more depressed is because of how we are additionally affected by the profession we are actually in.

Any profession that has a desire to care for another human will always have more than its fair share of pressure heaped upon its members; that comes with the territory. This isn’t the issue here though; it’s the overload that comes from all the different influences that drive down the morale and therefore the well being of the profession into the ground. In a previous blog, I asked the question  Are you Scared? It would seem we have good reason to be if the GDC figures for the likelihood of appearing before FtP are to believed (but then the phrase ‘believable GDC Figures’ is actually an Oxymoron according to the High Court J) and now DPL have added their figures that 90% of practitioners fear they are more likely to be sued than 5 years ago which further adds to that fear.

I remember being told when I first qualified that there was a chance that I would be sued once in my career. Because of the mindset now more common in Uk Dentistry, I think I’m now on borrowed time having not had this in 24 years of practice, rather than actually thinking I might be doing the right thing by my patients. It’s the same fact, but the wrong way of looking at it.

There seem to be more people wanting to leave the profession than ever before. I doubt that we know this solely because of the advent of social media making it far easier to share and disseminate ones feelings. We have always had some form of dental grapevine telling us what is going on, and social media makes news get round faster and more widely. The ripples of discontent are now turning into a tide, and one hopes this will stop before a veritable tsunami hits the profession. Add to that the tragic but increasingly common stories of professionals committing suicide as a direct result of the pressures they are under and we have to come to the conclusion that some of our colleagues are drowning under the waves of increasing risk, not of their own making.

We seem to be torn between pillar and post all the time. Comply with this, inform about that, don’t do that anymore, make sure you’ve certificates for this, you have to pay for this now, you need a licence for that, and so on seemingly ad infinitum. I joke with my patients (those that I don’t think will sue) that I wonder how many rules, regulations, recommendations, dictats and compliances I will breach in their appointment today…..

And then some bright spark comes along and thinks the Family and Friends Test is a good idea to load on a profession already appearing to spend most of its time on complying with stuff rather than actually producing things that benefit others. Remember it only takes that final straw to break the camel’s back.

The problem is that there often seems to be no-one to turn to for advice when we are suffering from this mindset. We are all in the same boat at moment and there is seemingly no escape from any of this. Is it any wonder then that people have a poor state of mind? The public has their perception of us that never seems to change, and there is little or no organized support from within the profession; we have to actively go and seek professional advice independently.

We are not alone in this though; it seems to be all medical professions generally that are coming under increasing pressure. For the GMC to actually consider the wellbeing of its registrants who are under investigation and begin to put in place a form of support network is both tragic and admirable. It seems it has finally dawned on a regulator that registrants are human beings as well. One would like to think the GDC have read the recent article in the BMJ about the impact of complaints on its registrants[i], and indeed I have submitted a freedom of information request to find out if they are even aware of this document.

From time to time I utilize the skills of a very skilled NLPT (neurolinguistic psychotherapist) in order to re-calibrate myself. I’m lucky that I have a support network around me and (now) have an ability to realize when professional life is starting to get to me. I have no issue admitting this, but I’m sure there are many who wouldn’t dream of taking this sort of step, let alone admit to it. Whilst some people might be happy to whinge on GDPUk or social media about how they feel, it’s the silent ones who we need to perhaps be more concerned about. We are all in this together, and we are a caring profession. That doesn’t just mean our patients though; it means those within our profession as well. There is no formal or indeed informal system in place for professionals to seek out the kind of positivity they need. Whilst there is a Sick Dentist Scheme and the BDA Benevolent Fund, there is actually nothing in place for the Wellbeing and State of Mind of the profession. This is something the BDA could and should run with in my opinion. Access to professional advice and counsel about our mindset is more important than HR, Indemnity and Compliance issues. After all, none of those are relevant if we are in the wrong personal mindset. Dentistry is ONLY a job, and we can personally survive without it if we have to.

Our responsibility as a caring profession MUST include ourselves. We have never been more united than recently, and I finally think that there is a tipping point being reached about how we can unify for the good of the profession and therefore the patients.

But how do those isolated and with the wrong state of mind know there is finally a light at the end of the tunnel?

I think that’s our responsibility. We have to continue to grow stronger, to grow more united, and to reach out to all our professional colleagues. We need to show people that there is a way to fight back against this feeling. The speed with which the legal fees for Keith Watson were raised within 48hours shows there is the support out there from the profession for each other, and this needs to continue.

So its time to stop this feeling and to draw together the collective support we can. We need to make ourselves available in physical or virtual form for our colleagues. More importantly lobby organizations like the BDA to put in place formal systems of support to allow practitioners to gain access to. If we felt it would be appropriate to trust the GDC to not act judgmentally, they would also be an ideal organization to have some form of support system allied to their role; after all, what better way of protecting the public than to ensure the well being of the registrants?

There is light at the end of the tunnel; and we’re holding it.

[i] The impact of complaints procedures on the welfare, health and clinical practise of 7926 doctors in the UK; a cross-sectional survey