The Untouchables v The Scapegoat 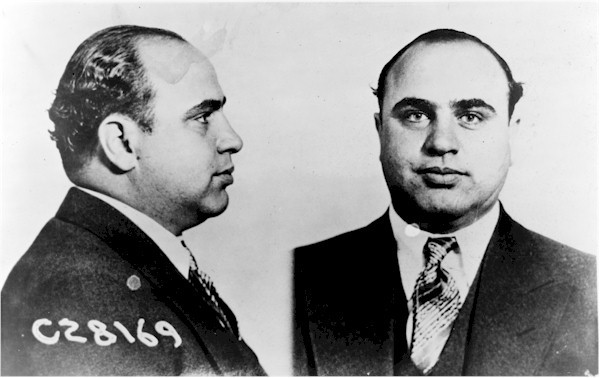 No one with anything to do with dentistry could have escaped from the news in Nottinghamshire this week about the cross infection standards at a practice there over the years. This is my neck of the woods, so I can perhaps write with a little more insight than others who are out of the area.

The complete facts have yet to fully come out, but it seems clear there was enough of an issue perceived by the powers that be to recall 22,000 patients, and in doing so scare the living daylights out of a fair number of them.

But given the facts that are available, and not in any way condoning the actions of the dentist involved (whatever they may turn out to be), this brings up a more sinister undercurrent to the whole matter the really should be exposed.

It’s in the public domain that this practice had a UDA contract of 29,000. The last update of the NHS Choices website in 2010 for the practice shows a single performer at the premises where the contract was held.

29,000 UDA’s for a single-handed practitioner? Who in their right mind commissioned that number? That’s like contracting your dental nurse to do a 240 hour week and then washing your hands of the problem when it all goes horribly wrong. She’s either stupid or greedy (if its paid hourly) for accepting, and you’re an idiot for thinking its possible. Even if she gets a mate to help out, its NOT POSSIBLE.

Ok, the rumours flying around are that there was also a part time associate, but even so, it is still not an achievable number to do with any degree of quality, safety, and ethics.

The person(s) who commissioned this at the PCT, and latterly the LAT, and continued to do so over the years remains anonymous and unanswerable at the moment.

Because they have to take a share of the responsibility for this situation. Its one thing if a dentist decides to act in a certain way; there is the ultimate sanction of our regulator the GDC erasing us, but its another thing when the Unanswerable and Untouchable contract managers in their PCT/LAT towers make decisions solely based on targets being met and box ticking. As I have already said, if the registrant has brought patient safety into jeopardy then there should be the full and appropriate weight of our regulators applied to protect the public.

But how can it be remotely possible that SOMEBODY at the contracting level didn't think there was something odd about such a small practice having such a huge contract? Did they knowingly turn a blind eye in their quest for access? If so they surely are culpable to some degree for what has happened. If they were blissfully unaware that 29,000 Uda’s is a ludicrous target for that practice, then they should be given a job more suited to their skills. May I suggest if that is the case then an audit into how many paperclips the PCT/LAT have used in 5 years would be more the level of their ability.

This is our Mid Staffs. Clinical staff being driven by targets, (which may or may not in this case have a personal motive by the dentist from a financial point of view - we can only speculate) which are quite frankly unachievable with any degree of quality, and patient care therefore suffers.

Unfortunately, the managers commissioning would appear to have gone blind for a period of time and will probably get away with having any culpability attached to them. Their lack of vision and insight is ironic when you consider they are also usually responsible for optical contracts too. (Perhaps they have no teeth when it comes to problems with those contracts!)

However, Mr. Moyes at the GDC wants to broaden their remit to regulate even more.

Might I be so bold as to suggest that ANYONE involved with dental contracting has to be registered in the future with the GDC from a patient safety point of view.

From the Assistant Deputy Assistant Manager’s Deputy to the Assistant Manager (have you noticed how long these names get for people employed in LATLand?) right up to the Directors, they should all be included. The BDA should press for an addition to the Dentists Act whilst the Section 60 order is going through consultation and get these people included on a register. Charge the LAT a flat rate, (How about £890 for Directors and £116 for the others to start off with?). Then, when something like this hits the fan, THEY can be held responsible at least in part for the damage to patient care that results. Sanctions to them can be the same as us, suspension, or erasure. In one fell swoop you would then solve the employment issues that means some people can’t be got rid of in the normal manner. Not registered? Can’t work. End of.

Some will argue it is the dentist and only the dentist who is unilaterally responsible for issues such as we see here. If so, then these people have nothing to fear from registration. However, I think you find most of those who think this at the moment will probably be doing it from the comfort of a nice office somewhere in LATLand or some other associated organisation.

And what of the whistleblower? If someone has been party to the goings on at this practice for a period of time and has only reported it lately, why are they not implicated in the failure prior to the whistleblowing? Is this a negotiated immunity from implication in the problem? If it is, I’ll bet the Rottweilers at the GDC won’t see it that way if their name ever comes out and they are a registrant. If they don’t, then they the GDC are guilty of double standards. Given some of the recent charges levelled at registrants and how spurious they seem to us, I’d have thought any professional remaining in a practice as bad as has been made out for more than 20 minutes on their first day would have to be implicated just by continuing to work; a tacit acceptance of poor standards with the intention of whistleblowing at some point in the future wouldn’t be much of a defence I’d have thought.

And if its only been so bad recently that the whistleblower has only just had grounds to report and is therefore exonerated, then why say it has been going on for 30 years and involves 22,000 patients?

Which means Public Health England and the CQC shouldn’t escape criticism either; The CQC report on their website doesn't fail the practice at the level of needing immediate enforcement action, and closing it, but at the level of requiring improvement, which allows an action plan and to remain open. So should the CQC have gone further and sanctioned a close down if there was such a huge risk of viral transmission? Either the inspector is wrong in not closing it down, or the PHE/LAT have blown it out of proportion. Between them all they remind me of Corporal Jones from Dad’s Army running round in circles shouting ‘Don’t Panic’, whilst simultaneously causing the local population to do just that.

To reiterate, I am not in any way defending or condoning the actions the practitioner involved, and do not know him. If there has been a breach in safety and patients have suffered an increase in risk at the hands of one of our profession we should do the right thing and deal with it swiftly and publicly.

However, I suspect once again there has been virtually no real dental input into this situation, and its probably the Untouchables who have set all the balls in motion as a result of the whistleblower’s video.

So, Mr. Moyes, you want to broaden your remit? Might I suggest you clarify the definition of regulation (since your recent answers at the Parliamentary Committee meeting suggests you aren’t very sure about what regulation is) and get your remit broadened?

When you do, you could do worse than look at this case for some names to get you started.

Your argument is very well made Simon.
However when I posed a question to BC today on exactly this subject; the reaction in the room (NADA Conference) was as if I had stabbed poor Barry in the chest! Unable to answer, he was rescued by John Milne.

0
Your argument is very well made Simon. However when I posed a question to BC today on exactly this subject; the reaction in the room (NADA Conference) was as if I had stabbed poor Barry in the chest! Unable to answer, he was rescued by John Milne.
Cancel Update Comment

Thanks Keith. There should be a lot of people implicated in contracts like this. They must have some culpability in the contracting of such huge contracts, and one wonders if some people are getting out before they are implicated. This problem has to go right to the top of the hierarchy. It's like the mis-selling scandal.

How did John rescue him?

0
Thanks Keith. There should be a lot of people implicated in contracts like this. They must have some culpability in the contracting of such huge contracts, and one wonders if some people are getting out before they are implicated. This problem has to go right to the top of the hierarchy. It's like the mis-selling scandal. How did John rescue him?
Cancel Update Comment

I said that whilst Barry might find it difficult to challenge the quality of the commissioning, I was not restrained in doing so.

0
I said that whilst Barry might find it difficult to challenge the quality of the commissioning, I was not restrained in doing so. John
Cancel Update Comment