Are we comfortable with that? 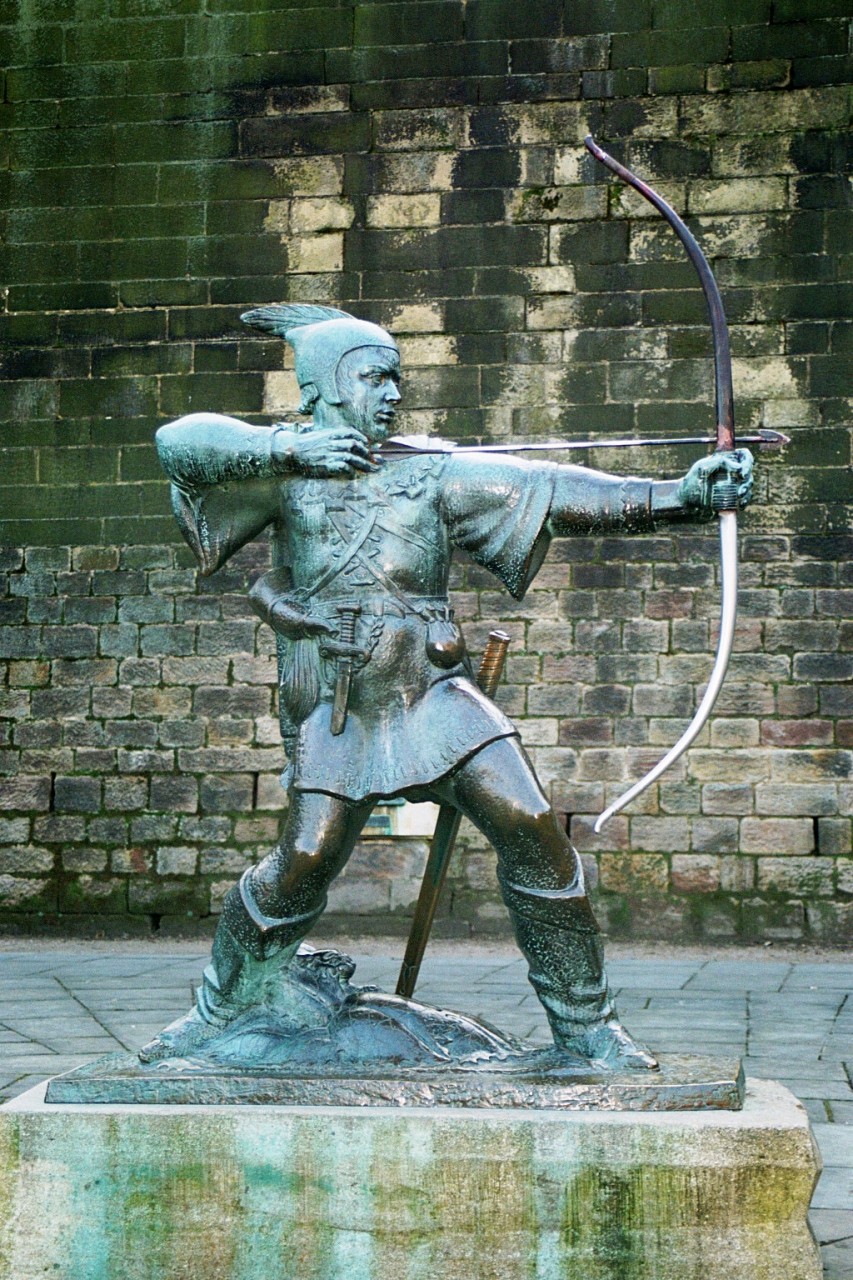 I wasn’t going to write any more GDC related blogs for a while, as I don't want to be seen as a one trick pony, but the situation with the GDC is the singular most important thing to have affected our existence as a profession, and continues to have more twists and turns than a white knuckle roller coaster, so my apologies for writing about it again.

Seriously, was anyone surprised by the GDC’s decision to increase the ARF to £890 on the 30th October?

After the sham of a consultation, it’s not entirely surprising that this should be followed by what was probably a sham of a discussion at the Wimpole Street Lublyanka (for those unaware, that was the name of the HQ and prison of the KGB), and an ARF of £890 has been set.

Nothing has really changed though; despite now slightly reducing the amount for DCP’s (the majority being nurses who I suspect have that actually paid for by their practices), this would appear to have been the classic “give ‘em 3 choices and they’ll pick the middle one”.

The BDA is now set on its path for Judicial review; and this will be heard before the 17th December. The BDA stops short of recommending what its members can do up to this point, but If I may suggest the one thing that absolutely everyone can do now is cancel their direct debit, and write themselves a reminder to pay the GDC before the 31st December. That way they CANNOT take the money early, and whilst it may only be three or four weeks more before they can get it, at least if the BDA win the Judicial Review then people wont have to be waiting for a refund from a regulator that has no sense of respect for the profession. You will not be acting illegally, just stopping the GDC from getting its hands on your money sooner. Incidentally, according to a recent freedom of information request, the decision to engage KPMG was a decision taken by the Executive of the GDC and not by the council. One would have thought that engaging a company like KPMG with its associated costs would have been something put to the Council to vote on. Anyhow, the GDC will need even more money to pay for the services of KPMG, and guess what? We get to pay again.

This brings me to the point of this blog.

What would happen if every one of us rang the GDC between Christmas and New Year to pay? If a few thousand registrants rang over that 3 day period it means hundreds of calls would need to be taken every hour by the GDC if they had an 8 hour working day. What if their systems collapsed under the weight of having to take so many online or telephone payments? Apparently they are so arrogant they do not have the facility to take payment in cash, so the very press worthy images of a few hundred dentists turning up with buckets of £1 coins in order to pay are not going to hit the pages of the Daily Mail anytime in the future.

So what’s wrong with paying £10 on each of 89 cheques, and requesting a receipt for each one?  Or making multiple credit card payments of the same amount? Given that it is also legal to write a cheque on just about anything, may I suggest that a few 6’x4’ pieces of chipboard, properly filled out with sort codes etc delivered to the GDC in Mid-December from registrants wouldn't go amiss. How about arranging a mass payment in between Christmas and New Year, and on the days that the LAT’s insisted we should all be open for normal business? If just 100 of us turned up and wrote cheques out on pairs of boxer shorts (new ones obviously!) that might get some press attention. All at the same time as they're manning the phones taking the card payments above. One idea being floated on Facebook is getting the GDC’s bank account details and paying them directly by BACs. Its actually quite difficult for the GDC to trace who has paid at their end, but we will all have documentary proof at our end that it has been paid.

All a bit tongue in cheek admittedly, but with a serious side; if the judicial review fails, then we will have to pay this ARF. The BDA will continue the fight I know; but this particular avenue will then have closed, so a little bit of civil (legal) disobedience would show the GDC we are still up for a fight, but just looking for the next opportunity to open up a chink in their armour.

I also think that with Thursday’s decision the position of the remaining dental registrants on the GDC has now become untenable. I’ve stopped short in my past blogs of directly levelling any personal criticism at any members of the council, including the Chair and the Chief Executive. But with the emasculation of the profession so effectively by this council structure and those at its head, and the lack of any PUBLIC individual vocal defence of the profession by those who are members of it on the council, then they can no longer use the excuse of trying to change it from the inside. Thursday’s outcome should surely have delivered that message resoundingly to them. If they were against the ARF rise then they cannot now remain in the council; if they were for it, then they are not representatives of the profession. Either way, that makes their positions untenable. They look to be completely sidelined in the council processes that seem to be railroaded through at the whim of those who appear to be building a personal fiefdom with the seeming remit to destroy the entire profession it regulates. Indeed, they don't appear to write their own articles, as those published recently in the dental press which purported to be from them were 80% similar to one another when run through anti-plagiarism software. I also understand a large amount of the council business is now held behind closed doors, and only lip service is paid to the public aspect of the meetings these days which generally give the appearance of being stage managed for those observing.

As a Yorkshireman from the Loxley valley now living in Derbyshire, and working in Nottinghamshire, one legend that has been very close to me throughout my life is that of Robin Hood. I was brought up a stones throw from one of the reputed birthplaces of Robin of Loxley, am now living near the reputed burial place of Little John at Hathersage, and work close to the Major Oak near Mansfield, and I can see a huge analogy in this story.

We have a Sheriff of Nottingham, collecting taxes from the downtrodden masses, ruled over by a King John figure who’s got no real chance of a proper throne. The peasants don't like either of them but they don't care and keep finding more and more reasons to persecute the peasants whilst charging them for the privilege. This makes the remaining members of the GDC the barons at the table of the Sheriff with no real power whilst paying lip service to the Sheriff and King.

We've then got our Little John and Friar Tuck rolled into one, (ok, so its actually Fat Mick but the sentiment’s the same), and the BDA collectively as our Robin Hood (probably the Errol Flynn one rather than the Kevin Costner one given the size of its cojones recently!). That makes the profession the downtrodden peasants (metaphorically), some of whom became the Merry Men and Women. GDPUK is a collective Will Scarlett as the mouthpiece of a storyteller and bard. Hopefully the righteous King Richard is going to be the judiciary who will hear the BDA’s case.

Robbing the rich to give to the poor? How much money has the GDC had from us over the years? Having enough money to spend on QC’s and £78,000 Fitness to Practice cases over silly matters that should dealt with locally at lower cost to the profession shows it has no respect for the money it is given. It has become like a like a rich man who knows the cost of everything and value of nothing. Whilst its remit is to protect the public, this does not mean it should have the sort of reserves it wants. It should have enough to function effectively and no more.

Legend or not, every version of the story ends the same; good always triumphs over evil; a disorganised band of individuals becomes a force to be reckoned with after starting out with a bit of Civil disobedience and brings down a brutal Fiefdom that sees its subjects as legitimate source of money for its own ends, and for summary punishment at its whim.

At first the people can’t see how they will defeat the Sheriff. But up steps a leader and a small number of supporters. The impetus grows and grows until eventually a tipping point is reached. They eventually win by sticking together and keeping up the pressure. King Richard steps in and justice is restored.

Only we can decide if we let the Sheriff and King try to divide and conquer us. It’s still up to us to unite the profession against the GDC.

So to coin Moyes’ phrase of yesterday; ‘Are We Comfortable with that?’

NHS Contract changes. What they said and what they meant*

Dentist Self-Employed Status; To Be or Not To Be?

I view the GDC fees debacle as a microcosm of the wider current British political scene. Our collective lack of response and absence of professional solidarity will be roundly applauded in the corridors of power as our wider consent. And ever was it thus.

I'm sure Robin of Loxley would have similarly resisted the Reset of our Constitution which we are repeatedly told we 'don't have' or 'isn't a written document' or 'needs re-defining post the Scottish devolution vote.'

We live in dangerous times. We have a Constitution that has served us well to protect us from government tyranny for 800 years, but that is about to be lost in a heartbeat, and the knives are already drawn. Pretty soon, all dissenting views will be regarded as domestic terrorism.

0
Thanks Simon, Heartily agree. Civil Disobedience = Lawful Rebellion. I view the GDC fees debacle as a microcosm of the wider current British political scene. Our collective lack of response and absence of professional solidarity will be roundly applauded in the corridors of power as our wider consent. And ever was it thus. I'm sure Robin of Loxley would have similarly resisted the Reset of our Constitution which we are repeatedly told we 'don't have' or 'isn't a written document' or 'needs re-defining post the Scottish devolution vote.' We live in dangerous times. We have a Constitution that has served us well to protect us from government tyranny for 800 years, but that is about to be lost in a heartbeat, and the knives are already drawn. Pretty soon, all dissenting views will be regarded as domestic terrorism. tacet consentire videtur http://www.britishconstitutiongroup.com/article/magna-carta-cornerstone-british-constitution http://www.britishconstitutiongroup.com/article/reset-savage-destruction-our-constitution
Cancel Update Comment