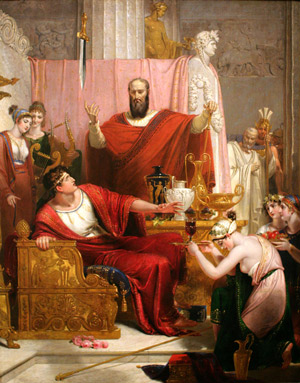 So who is going to admit having read the draft Statutory Instrument to that is going to change the Dentists Act so the Fitness to Practice process can be streamlined?

It may well have gone unnoticed due to the smoke screen of the ARF rise, but creeping in under the cover of darkness to be installed as part of the Dentists Act is a draft amendment that changes the Fitness to Practice proceedings. This has long been asked for by the Registrar, and also the profession, but having read it, whilst I think it is a step in the right direction, it is a potentially worrying device in the hands of a regulator that is acting in its current manner.

Once you translate the legislation speak into plain English, it becomes apparent the Registrar is being given quite a few new powers. Whilst in principle these powers look like they will streamline the Fitness to Practice procedure, that is only if they are used proportionately, which we all know at the moment it isn’t necessarily the way the things are at Wimpole Street.

One of these powers will allow the Registrar (or any other officer of the Council) to ‘exercise the functions of the investigating committee’. This will basically remove the Investigating Committee from the process of Fitness to Practice and replace it with Case Examiners.

Great, the removal of a tier of costly committee system to allow the streamlining of a process. That is one of the reasons the ARF is so high and the process takes so long. That can’t be bad. Get rid of an entire layer of the process, and speed things up for less money. You’ll not see many registrants complain about that. Giving the Case Examiners some powers to issue warnings which are binding is also a step forward.

More worryingly though is the addition of powers to the Registrar to review a decision of the Investigating Committee or Case Examiners not to be considered by a Practice Committee, and subject to ‘Rules’, then unilaterally take action despite this decision. There’s no official definition of what the procedural rules are yet, but the GDC will be running a consultation in November about them. I don't think any further comment is needed on what the profession currently think of GDC Consultations…..

This amendment effectively brings in the possibility of a registrant going through an Investigating Committee or Case Examiner process, being found there is no reason to refer to a practice committee, (which is in effect a not Guilty verdict), and then the Registrar deciding that they should be referred after all, which might even be some time after the original decision has been made - again depending on ‘the rules’. Two years is the time mentioned, but in ‘exceptional circumstances’ could be longer.

To me that looks like we now have double jeopardy entering our professional regulation. The prospect of registrants found ‘not guilty’ by the Investigating Committee then living under the spectre of not knowing if they are going to have that decision overturned by the registrar and proceedings restarted is now very real. In addition, since the rules governing this are not yet written, we don't even know over what period of time the registrar can look back at these decisions and reverse them. Does this mean old cases earlier in a registrants career will be resurrected in order to support the ‘No smoke without fire’ policy the GDC seem to have? Who decides the exceptional circumstances, as theres no talk of a committee being involved in that decision. Talk about a Sword of Damocles hanging over those (un)lucky enough to be exonerated by the Investigating Committee.

All these changes are all well and good if the regulator has a degree of proportionality though, and that what its so worrying about these changes. Given the current stance of the GDC and in particular its refusal to listen to reason, do we have any faith that this fundamental change in the statute will improve the system, or will it make it a more streamlined, swift, and cheaper way of eventually getting all of us in front of a Fitness to Practice committee? It requires us to trust that the legislation will be interpreted appropriately by the GDC. Given the that the GDC are the most disproportionate of UK regulators according to Dental Protection, then is giving them a bundle of new powers necessarily a good idea at the moment?

Disappointingly, there is absolutely nothing whatsoever in the draft that indicates a change in the approach to what happens to cases at the earliest level. This is where the real problem is. The inappropriate referral of cases by the NHS and the abdication of responsibility to sort them out, and the advertising of the DCS are all doing nothing to stop the tide of complaints. Yet it a dentist encouraged or felt obliged to take on a clinical workload such as this, he or she would rapidly fall foul of the very regulator that is in effect unable to say ‘No’ to the same thing.

So rather then reducing this flow of cases by putting requirements in to exhaust local resolution first, or require cases to be heard by the appropriate NHS body, and bounce them back pending this, there’s now a mechanism to deal with them faster by fewer people.

At the moment this is only a draft our for consultation. I am fairly sure that both the BDA and the Protection Societies will be responding to this consultation on our behalf, along with other key stakeholders, but we should all individually read it and voice our opinions as this is the legislation under which we are going to be regulated.

As I have already said, I happen to think this is the step in the right direction that Fitness to Practice needs; but only if we have a GDC we trust.

With the contempt the dental profession is so obviously held in by our regulator at the moment, we need to ensure that we do everything in our power to protect ourselves against a potential modern day McCarthyism descending on our profession.

Three H’s for success and happiness.