Taking on the GDC 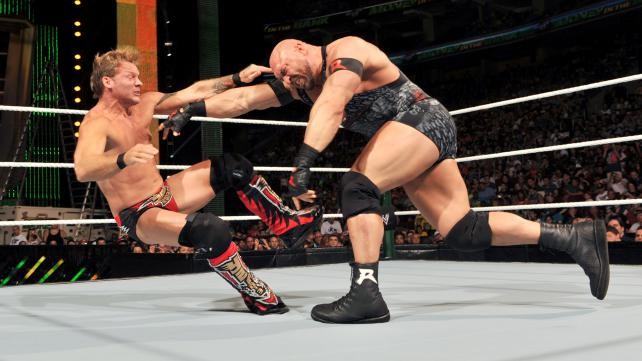 It looks like the submissions by the BDA and Dental Protection have finally struck a chord with the GDC. Between them, these 2 organisations represent a huge majority of dentists in the UK, and DPL, by virtue of the therapists and hygienists memberships plus the associate indemnity of dental nurses, a fair chunk of the DCP’s as well. Given the scale of representation we see here, whilst  I don't think we’ll see a intimate liaison between these 2 organisations, it certainly appears they are appropriate bedfellows to take on the GDC.

The GDC response to the DPL reply has been to defend its position by coming up with a list of improvements it has already made; a list of blindingly obvious ‘improvements’ which should be the bare minimum it should have already been working to. Things like obtaining clinical advice at an early stage of the investigation it sees as an improvement in its process.

Excuse me, but aren’t you a regulator of Clinicians? You don't have to be a brain surgeon to work out a clinical complaint needs a clinical opinion immediately, so the fact it is seen as an improvement shows your system is unfit. You cant go blaming the lack of a section 60 amendment or order to get a CLINICAL regulator to take CLINICAL advice. There’s also been the introduction of a triage process. Which in itself is an admission that many of the cases going through the system haven't been triaged. So the GDC haven't a clue whether they are spending money appropriately or not in these cases, especially if they haven't got the clinical input.

The GDC also asks DPL and other organisations ‘to contribute to the development of more effective complaint resolution systems”. Perhaps the profession should now start to use the medium of interpretive dance in order to convey its message to them, since the GDC doesn't appear to be listening to any of the words said or written by any of the stakeholders in this affair. Anybody fancy a mass Haka outside the GDC at their next meeting on Thursday 18th September?

In addition to this press release, we learn that, now, instead of making a decision on the ARF this Thursday, the GDC has decided to have their figures looked at before any decision is made. We won’t know until October now what the results of this review are likely to be.

One would think they wouldn’t need to do this if they were confident in their calculations, so the very fact that KPMG have been engaged by the GDC for this assessment means they are now worried about the information presented by the BDA, which looks fairly damning. The firm instructed by the BDA would apparently ONLY take on the instruction if they were to remain utterly and completely independent, so any report commissioned by the GDC should surely spot the same things if they are engaged on the same basis.

I do believe that whilst there is a realisation from the GDC that this affair is now really serious, I do think they will try to defend their position by using KPMG to counter the arguments put by the BDA’s forensic accountants.

The choice of KPMG seems another appropriate bedfellow; this time for the GDC. KPMG do not exactly have a glowing reputation with regard to their auditing standards; indeed, they are currently under investigation over their part in the Co-Op banking problems, and prior to that the Public Company Accounting Oversight Board in 2012 found a failure rate of 34% in KPMG’s audits 1, up from 22.6%. That looks very familiar to the position the GDC find themselves with the PSA from where I'm sitting.  Admittedly, it will probably be a different department of theirs looking at the GDC figures, but if there is inherent inefficiency in one part of an organisation, it tars the rest with the same brush as it’s a symptom of breakdown in communication and leadership right from the top tier of the organisation.

In that respect then, having KPMG look at the GDC seems to be a bit like one failing student marking other failing students’ exam papers. In fact it has actually been said that using KPMG as an auditor is ‘like a chicken farmer asking a fox to count the chickens in the farmyard, find the holes in the fence, and then trusting the fox when he promises not to tell his mates outside 2 . Will anyone be surprised therefore if this report shows the GDC figures are correct? On the other hand, would a GDC stuck in its current ‘not listening’ mode believe it if KPMG point out the same issues, or even discover something else more damning? Perhaps they would then commission more reports until they get the answer they want.

But this recent development now brings a different aspect of the situation at the GDC into focus. Do we actually know if the Council themselves approved this recent move? Or is this the Executive acting independently of the Council in making this decision before the meeting of the 18th? It seems to have been a knee jerk reaction judging by the speed with which it was announced, so has it been fully ratified by the council? One would hope so. But since the Council doesn’t meet until Thursday the 18th, unless there is in place a facility for remote decision making by the council (and if there is then why do they need to still meet in expensive London?) then is it possible this decision might have been taken by members of the executive? If so, surely when the Council meet this week, in their oversight role the council must look at this move, and question robustly the need to have to now instruct an expensive firm of accountants to look at the figures used for calculating the ARF. Yet again registrants will pay for this further move, thus draining the GDC of further resources which they’ll ask us to pay. I can see the FOI requests winging their way to Wimpole Street asking who actually made the decision to instruct KPMG.

If it is indeed the Executive that have acted to bring in KPMG, then if the Council do not consider whether this is appropriate use of funds, and bring the Executive to task over the situation, they further illustrate just how toothless and out of touch they are with that is going on at Wimpole Street. It must bring into question what the actual point of the Council is if it doesn't exercise, or indeed have, an oversight role. If the executive is making the decisions about the running of the GDC then surely this is not obeying the statutory role the GDC has. Its a General Dental Council we have in law, not a General Dental Executive Committee.

On the other hand, if the Council have been involved in the decision to get KPMG in, does that mean the Council didn't question the ARF figures robustly enough before they were released as part of the consultation? In which case it brings into question the suitability of the Council itself to oversee anything.

Which ever of these two scenarios is the right one, the GDC still aren’t covering themselves in glory, and their actions raise further, and more searching, questions every time there is a new development as to the suitability of the organisation to properly regulate the profession.