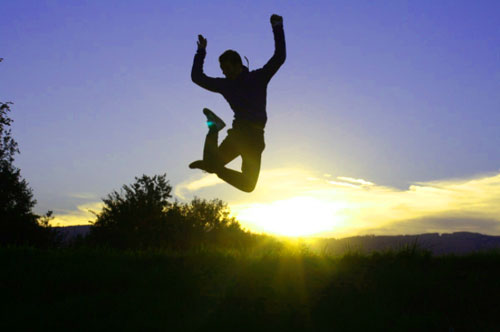 Throughout the 30 years of my career there have been peaks and troughs regarding the NHS dental system. Actually, the peaks (to me at least) have really only been less deep troughs, but I’m sure you will understand what I’m saying. Most of time the profession has seemed to just get on with it and accept what the various contracts have offered, and learnt to work within them (or around them in the case of a minority). What has always happened when we end up in one of the troughs though has been for dental practices to largely and stoically maintain their NHS commitment, despite the pips being squeezed that bit more firmly each time. There have always been a few practices who have moved out of the NHS to private, but the majority have stayed put.

I have my own reasons for considering why practitioners don’t opt out of the NHS and I think it boils down to the following (in no order of importance). There are likely to be other reasons that I haven’t considered so apologies If I have omitted any alternative reasons an individual may have who is reading this.

Fear of the Unknown

Fear of not having enough patients/work

An underlying need to satisfy their own socialist tendencies

Lack of confidence in their own abilities

Fear of loss of the NHS Pension

Too late in their career.

I can’t take each one of these points and discuss them as this would take too long and bore everyone senseless. However, these are the reasons I had for not taking the leap sooner in my career. Everything I felt would go wrong (for the dentists) with this contract has done, and pretty much in the way that many of us predicted right at the beginning.

It is also clear that there are those who have been able to make the NHS work very well for them (usually in a financial manner), but I am not going there in this blog.

It is very apparent though at the moment that there has never been such an uprising of dissent from the profession post Covid, and there is an increased sound of the rattling of a profession’s collective sabres toward the powers that be. I’m informed the private plan providers are gearing up to deal with an ever increasing number of practitioners who are nearer to making the jump to private dentistry than ever before. It seems that the support that was given to practitioners throughout Covid that was initially seen as generous, has now come with the sort of interest payments a government will always put on its help.

For those of us that made the jump a while ago, I can honestly say the grass is not only greener on this side, but the park-keeper isn’t some jobsworth who has no clue and enforces ever more draconian and financially difficult rules when you stray onto the grass. Actually its not really grass anymore, but a dustblown patch of earth, but it has deteriorated over so long those playing on it don’t actually notice anymore.

However, for the first time in long time, I think the profession is more united in its outlook than it has been. Whilst there is still the obvious fear of the unknown, more NHS practitioners are realising that they are unable to shore up a completely broken system and longer. They are hopefully also realising that it isn’t their fault that they haven’t got the resources (both financial and mental) to care for patients but the responsibility of the State to fund this, not them.

I’ve given up trying to count how many times a new contract has been proposed, piloted and then prototyped before being seen as unacceptable to the DHSC. More dentists must be realising that the only thing that will be acceptable to the powers in Whitehall will be the entire population being treated for less than the current NHS budget. The current crisis is showing that this is patently impossible despite the best efforts of the profession, and I suspect that FINALLY there will be a tipping point in the profession that will lead to a mass exodus of caring practitioners leaving the NHS.

At the moment, there seems to be a distinct lack of concrete offerings from DHSC as to what a new contract will contain, but only the most deluded of us would suggest it’ll be better funded for less onerous working conditions. Cynically, one would say (yet again) that this is exactly what the powers that be want, but they have to make the dentists go private of their own accord so as to avoid the government getting the bad press. I somewhat cynically think the DHSC are paying lip service to the profession by making a show of negotiating with the BDA, but in reality using successive low level civil servants on a fast track to somewhere much more important to their careers in order to practice their techniques and to see if they toe the line. I actually asked on one recent webinar with the DHSC negotiator what time his mum was going to call him in for tea…..

I think the profession has to now consider it is at the point where both sides are not really going to agree. The profession can no longer work under this pressure and provide what it is contractually obliged to do; and the government will not increase funding to the degree that is needed to improve the service and access. I think it will need such a complete rethink of how dentistry works in this country that I cant even begin to suggest an option other than a core service. However this course service would have to be funded at the current level, which we all know isn’t going to happen, as core service will be a further excuse to cut the budget rather than fund dentists appropriately for the business risks they take and the skills they have.

We should take heart that the profession now has the upper hand, but if only it chooses to realise. There are not enough of us and to increase the numbers would take years and years (and look how that has ended up with overseas dentists returning home and the GDC not able to sort out the ORE). We are still the only people who can provide the service we do, and its time for use to remember this and embrace it fully. We have to remember we are only human and cannot care for every single person at our own expense. We have to also look after our own mental health and well-being so that we can properly concentrate on delivering the high standard of care we were trained to do, and not what a system is forcing us into.

It’s time to play the endgame and win.

Tweet
Tags:
system NHS troughs career 30 years Dentistry Dental GDPUK.com
How to maximise your tax-free allowances and contr...
No Time To Talk - The GDC and GDPs