Wash your hands of responsibility 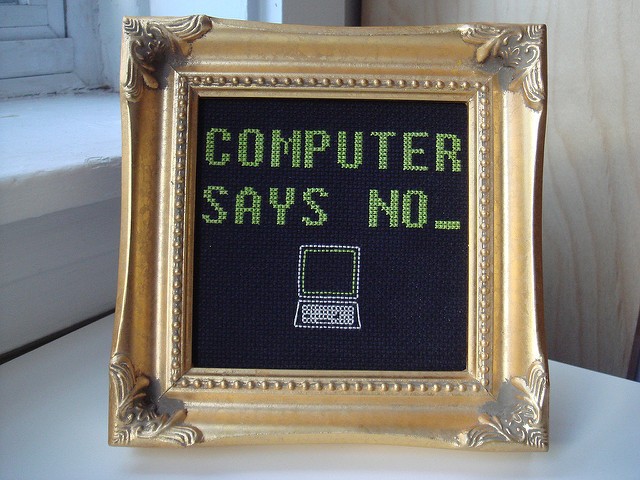 No one can deny that modern technology has been a revelation in recent years. The use of it to improve diagnostic yields in radiography, to allow mainstream imaging in practice of aspects of dental tissues that we couldn’t previously visualise the same way  can only benefit our patients. Computerisation of dental notes and management systems, (whilst restricted in the choice of manufacturers) have probably improved the efficiency of most dental practices far beyond that of the old paper systems. Digital marketing tools, online presence through websites and blogs, and social media are all here to stay, and have driven the profile of the profession upwards. All in all, I think most of us would agree, technology has been largely a good thing for the profession

But one thing that I am REALLY struggling with that has come about as a result of this type of technology is the increase in Referral Portals for NHS referrals. On the face of it is would seem to be a streamlining of the process needed to refer into secondary care, and reduce the costs and problems with paper referrals. Entering the data via a computer linked to the patient database and directly into the referral systems would seem on the face of it far more efficient that writing a letter and posting it.

So why do I have an issue with it? This sort of advanced technology is right up my street normally. However, because of the way these systems seem to be implemented, I can see potential problems for registrants falling foul of the GDC Standards when they are forced to use them. The GDC standards that I personally think relate to this type of system are :

Standard 1.7 – Put patients interests first before your own or those of any colleague, business or ORGANISATION – these systems tend to be imposed unilateral decisions that don’t seem to have any guarantee that they are better for the patient (or indeed tested fully).

Standard 4.2.6 - If a patient allows you to share information about them, you should ensure that anyone you share it with understands that it is confidential – How does a faceless system with no identification of who receives the data comply with this standard?

Standard 6.3 – Delegate and refer appropriately and effectively. However, someone else often choses where the patient goes and who they see, with the clinician often having no idea of the degree of expertise that clinician actually has. Referrals are even rejected if often irrelevant (but required) tickboxes are not filled in.

Standard 6.1.5 – You must ensure that all patients are fully informed of the names and roles of the dental professionals involved in their care - How does a portal allow us to do this? Do we give all our patients Bill Gates’ name as its done on a PC?

Standard 6.3.1 - You can delegate the responsibility for a task but not the accountability. This means that, although you can ask someone to carry out a task for you, you could still be held accountable if something goes wrong. You should only delegate or refer to another member of the team if you are confident that they have been trained and are both competent and indemnified to do what you are asking.

For me this is the big problem. This alone is where the entire concept falls down unless we are indemnified for the errors of the system. What if this is a life changing referral such as a tumour? You are going to be ultimately responsible as you have to make the referral, and you can guarantee the powers that be who thought it was a good idea to impose the portal will NOT indemnify you against the failure of the referral in some way, nor will the GDC.  If the referral is rejected because of some missing tickbox that is largely irrelevant to the immediate urgency but required because some software engineer hasn’t allowed any flexibility in implementation then I personally cant see how this should ever be the responsibility of the clinician. The fact I might for example omit the patients GP because I’m more interested in the speed of the referral is a pedantic bureaucratic issue and not one of patient care.

I can’t comprehend how we as a profession have allowed this type of loss of control of patient care to creep into our referral systems. I am fairly sure there are practices that are on referral pathways that our patients will be allocated to that many of us would not be happy for them being treated in. Part of being a professional means that you take on the ultimate responsibility for the care of a patient, and the GDC standards means that includes ensuring they are referred to an appropriate colleague. Unless every single one of these referrals is triaged by a clinician then there will be mistakes made. And this pre-assumes the system actually works like it should…..

I have had the misfortune recently of being forced onto a pilot in my local area of just one of these systems. Due to the obviously more knowledgeable people in charge of procurement in my area, they foisted a system onto practitioners without actually discussing anything with them first. To say I experienced problems was an understatement, and I know many others did too (despite the LAT saying the response to their questionnaires about it was overwhelmingly favourable – presumably because the portal lost as many bad responses as it did referrals). To be quite honest, I would have been better served learning how to send smoke signal referrals rather than use the system that was imposed. I did some research into the actual system and found that it had been dropped by at least one area as it was unsatisfactory, and another region have accepted that the same system isn’t good, but it’s the best they’ve seen. Hardly a glowing endorsement is it?

For example, in the 2 months I used it, we experienced a plethora of problems. I don’t think it is particularly useful to have to spend over TWO HOURS trying to upload a Periapical radiograph, knowing that if it wasn’t sent the referral would have been rejected. This was a compressed file of just 103kb. I don’t think it is particularly helpful to have half the tick boxes missing for medical histories, or dropdowns that you can’t fill in because they are incorrectly populated. A spell check that allows only the incorrect spelling of a drug is also pretty useless. It’s not useful that the system doesn’t tell you if the referral has gone correctly, or instead forever been lost in the ether of the internet. It’s not professional to have no idea who you have just referred the patient to or who is going to read the information. Not particularly useful if your patient who doesn’t have an email address (like many of my elderly patients) can’t even be referred at all as the system refuses to accept the referral without their email address. It also falls foul of my data security policy of allowing an unknown (to me) commercial third party installing software onto my system (which is massively firewalled both by hardware and software – which would appear to more than can be said for the NHS system if the recent Cryptolocker problem is anything to go by).

But having the system obviously ticks another box for those who confuse boxticking with patient care. By having a system that once again means all the responsibility still lies with the registrant even though they have no control of it is highly convenient for the powers that be. They get to have a load of committee meetings about the procurement, knowing full well that if and when it fails, and if and when patients suffer from it, it will be the clinicians who will get the blame for it. Having a system imposed from above without actually making sure it works is nothing new: lets face it the NHS hardly have a great track record in getting IT infrastructure correct out do they? Heaven help us if our friends at Capita get involved with implementing one of these systems; patients will probably end up with an 18 month wait instead of an 18 week wait. Still, at least losing patients in the system will make the waiting lists look good for the managers and they can get their bonuses for being so successful…..

So unless we get some form of indemnification from those who perpetually get to wash their hands of responsibility, I can’t see how we can use these portals and still adhere to our required standards. Please correct me if I’m wrong.

Pretty much spot on about the problems.

Standard large organisation this would be a good idea and every department adds its 'would be nice to have' and of couyrse these are mandatory. Then the software developers try their bit with changing specs and politics. The committee then says we want this 'simple' addition and must have it, so somebody has to cobble it together.

Under the new GDPR you will probably need to get a specific consent signature NOT tick box for customer to agree to this data sharing. The new GDPR will probably mean you will have to get levels of consent from patients for different types of data including the basic we have to keep data for records as a legal requirement.

The sharing of images and using DICOM will create new problems as FULL DICOM notes consultant/surgeon/doctor, the operator/nurse every piece of equipment model number, serial number, internal software version etc. Additionally most X-ray images unsing DICOM record the characteristics of the X-ray used - angle of beam, width of beam, strength of beam, etc which most practices do not have that linked in.

Waiting to see how badly this pans out.

0
Pretty much spot on about the problems. Standard large organisation this would be a good idea and every department adds its 'would be nice to have' and of couyrse these are mandatory. Then the software developers try their bit with changing specs and politics. The committee then says we want this 'simple' addition and must have it, so somebody has to cobble it together. Other issues Under the new GDPR you will probably need to get a specific consent signature NOT tick box for customer to agree to this data sharing. The new GDPR will probably mean you will have to get levels of consent from patients for different types of data including the basic we have to keep data for records as a legal requirement. The sharing of images and using DICOM will create new problems as FULL DICOM notes consultant/surgeon/doctor, the operator/nurse every piece of equipment model number, serial number, internal software version etc. Additionally most X-ray images unsing DICOM record the characteristics of the X-ray used - angle of beam, width of beam, strength of beam, etc which most practices do not have that linked in. Waiting to see how badly this pans out.
Cancel Update Comment