Get Straight Teeth - An Apology 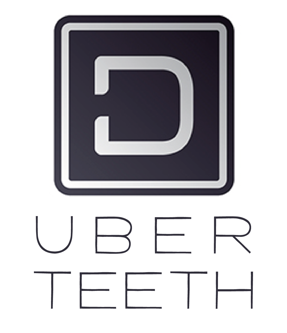 It would appear that I have to make an unreserved and wholehearted apology to the entire profession. You might have read my blog of the 1st April, and for those who didn’t realize it, this was an entirely tongue in cheek observation of the profession in general.

However, in my attempt to take a humorous look at dentistry and so e of the characters that inhabit it, it appears that I was closer to the truth than I thought. It appears someone has taken it a little too seriously as only a couple of days later the real life manifestation of ‘Speedy Smiles’ seemed to appear in the guise of http://straightteethdirect.com. I didn’t bother patenting the idea as I thought it was too far fetched, but obviously someone saw more potential in it than I did.

Now many of us felt that this was someone just perpetuating my joke a little longer, but alas, it seems that this is a real defacto business.

I am aghast. I must apologise unreservedly that my joke has become someone’s new business plan.

I’m all for innovation in dentistry and long been a supporter of it, but it has to be in the patients best interests and above all ethical and moral. There are some true innovators out there who combine aspirational patient care with inspirational treatment ideas, and the profession and our patients are all much richer for that. In fact, there has always been a trend for the true innovators in business do something totally ‘disruptive’ to the models that we know. Apple have built an entire lifestyle culture around their products and their innovative ideas of how we do things such as listen to music and purchase software. So much so, many of the old media systems are becoming defunct. And what about the rise of Uber? Having a disruptive view of the taxi service has lead to the inexorable rise of this new service provider, and certainly divided opinion in the sector. Whilst it can be argued that a new way of providing dental care to the masses is precisely one of these types of established market disruptions there is an enormous difference in our market over that of taxis and phones; that of patient safety and our ethical responsibilities.

I’ve long been arguing that we seem to be in a race to the bottom, and it appears to me that we are now plumbing some new depths that I even I thought our profession would never reach. For me to invent a company one week and then find my overactive and warped humour has actually been closer to the truth than I thought has been a shock to me. This new company has very little information on its website, so there are many questions that need answering. I have indeed tried to ask them, but lo and behold, the ‘contact us’ link doesn’t work. How better to avoid having to answer awkward questions than to have a dead link on your website?

A bit of digging reveals that this business venture is actually headed by a UK dental registrant. I can only assume that they have been in some form of suspended animation for the last couple of years whilst the GDC has trundled its way through the profession like a bulldozer in the Amazonian rainforest. Only someone who has been on a retreat to the deeper depths of another planet without any form of contact with the UK dental market could actually think this is sensible move.

This raises so many important questions that I’ve tried asking but had no reply. For instance:

I am sincerely hoping that the indemnifiers for once use their discretionary power to withdraw any support from this venture if it is as ill advised and crass as it appears.  Certainly I hope that none of my money will be used to defend such a venture, so one can only hope the person behind this has enough personal wealth to back it themselves if patients suffer, and not ‘Cameroned’ it all off into an offshore haven.

If I may give a medical analogy, would this company jump on the opportunity to allow one to buy a kidney on line and cut out the middle man? Is that ethical or even legal? Would they offer to deal in controlled medicines direct to the patients without proper prescription? Because this is in reality no different to what is being offered. A set of pictures and models looked at remotely are NO substitution for a full examination, and that should be from an experienced practitioner in the field. The provision of dental care is like any medical specialism and as such is governed by legislation in order to protect the patient. It is just like any other form of treatment, and whilst I’m in full support of marketing and the development of new initiatives to allow patients to seek treatment more easily (so I’m no dinosaur) this is a step into the black hole of dubious ethics and seems driven more by the financial gains than the desire to help patients. And on the subject of Dinosaurs, just because the technology probably exists to recreate one of those genetically, that wouldn’t make it right. Technology needs ethics and a moral compass to be used for patient care, and this venture doesn’t seem to have either from where I sit. I know many people that agree given the chatter on social media.

Whilst it sticks in the throat to admit it, one only has to look at the crass forms of marking that sometimes occurs in dentistry to have to sometimes agree with the GDC that its pursuit of the profession is justified, because there really are some people who should be ejected from our profession forthwith. When you have aggressive tag lines such as ‘Click Convert Sell’, (which is also something to do with the same registrant behind this venture), and things like ‘Best of the Best’ awards for ‘piratical’ dentists,  one only has to recall the mis-selling of PPI in the 90’s to think this is probably going to visit our profession very shortly with this sort of venture. We will all suffer then, but usually the main perpetrators of these things get away with it and it’s the rest of the profession that has to pay.

The Orthodontists and GDP’s have long been at loggerheads, and will probably remain so, but this really is something that they should now get their heads together over. It appears to me that most of the time they seem to argue about the evidence base for this that and the other, and rarely come to any conclusion other than the other side is wrong. But I think they both might be able to pull together on this one, and agree for once that there probably really isn’t much in the way of proper studies that show the success of a self administered orthodontic alignment system that would stand up to peer review of any kind.

Perhaps the BOS can therefore simultaneously build some bridges and produce a press release and advert this time that would be also supportive to GDP’s in their condemnation of what appears to be a dangerous venture. At least if a GDP goes on a weekend course for the latest fad system, the patient has recourse to a real indemnified person (the dentist), and there is a human input for the patient to discuss issues with. A duty of care has been established and the refined law of this land will recompense for any negligence that ensures. With an entirely digital system (and one that doesn’t seem to have the ability for you to contact easily) then where is the necessary communication that patients will need when things go wrong? Who is responsible? Will it all be down to a dodgy impression the patient sent? Will it therefore always be the patient’s fault?

I would like to formally invite the person behind this venture to enter into a public discussion on this forum as to the business plan, the problem solving modalities, the indemnities in place, and the ethics and morals backing this new venture. I’m more than happy to be proved wrong (as I’ve spent my entire marriage being wrong according to the wife!), and it might just be my ignorance that is making me have these concerns. Perhaps we can invite some of the indemnifiers and maybe even borrow one of the attack-dogs of the GDC (once they’ve sated their appetite on a single issue complaint of course) to referee the discussion and give us their input.

So come on. Lets discuss this professionally. Surely we haven’t reached the point where the profession has eaten itself?