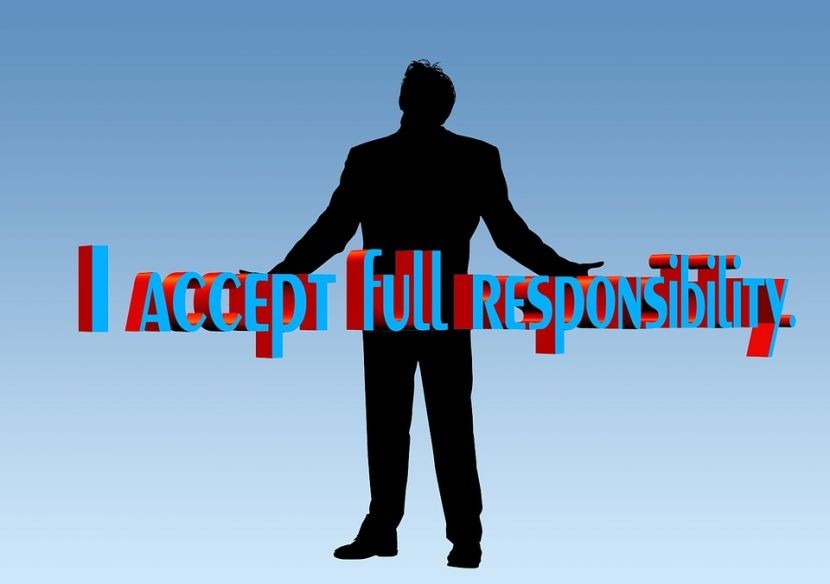 All through my life I have had to account for my actions and omissions to somebody. Parents, teachers, the wife (sometimes J ), and obviously now to my patients and regulators. This is no different to any of you reading this. Accountability for our actions keeps us on the correct path (hopefully) and having a regulatory mechanism and a legal system that should be just and proportionate helps to define what that path is. Whether our spouses are just and proportionate in keeping us on that path is another matter entirely!

But we work in a system where there appears to be very little or even a complete absence of accountability for the actions of those who influence us in some way.

The departure of Ms Gilvarry from the GDC is a case in point; I’m sure there will be rather nice pay off from the ever expanding coffers of the Wimpole Street Complaints Enforcement Company that she currently runs. Following this will presumably be a move into another similar role where her unique skills and qualities will be valued just as much as they were on Wimpole Street. She departs not a moment too soon for the profession in my opinion, but what should stick in the minds of each and every one of us is that there will be absolutely no accountability for the debacle that has occurred during her tenure at the GDC once she has left her post. Had any one of us dental registrants been at the head of our individual organisations and found to be lacking to the degree the GDC has, then our regulators (both GDC and CQC) would have had no hesitation in making us accountable for our inabilities to manage and provide our patients with an appropriate and safe service. I’m absolutely sure if we had been found to be acting in an unlawful manner then the full weight of accountability would have come crashing down on us very rapidly.

Surely rather than a pay off there should be some form of public accountability that executives in positions like this should answer too. The money from any pay off could be placed in a fund to support those practitioners who have suffered injustice at the hands of the GDC in the period of her tenure. It won’t be anywhere near enough, but it would a start and an acknowledgement by the GDC that they have often got it wrong and need to make reparations. And yes, I still believe in the tooth fairy.

The recent report into the HBOS crash in the recession has ruled that about 10 of the executives were culpable in some way for the mismanagement of the company. It has been recommended that they never work in banking again. Whilst I’m sure they will still get lucrative posts in industry (and some indeed have already), at least there is an accountability for their actions in some way and a degree of public shaming. The Iceland banking crash resulted in jail sentences for those found to be culpable which many feel was an appropriate redress.

In addition, we still have a Council that appears to be run similarly to the politics of Zimbabwe. Where is the mechanism to address this? The registrant members of the Council do not seem to be making any difference whatsoever to the decisions made. Are they there just to keep the numbers up? Aren’t they supposed to be part of the accountability system the Executive answers to? And why is there no public mention to the stance Council members are taking? Is every vote unanimous these days? Such questions need a mechanism of accountability to be in place to answer them.

A chief executive is no different to the captain of a ship. There might be various members of crew responsible for various aspects of the running of it; but it is the captain who is in ultimate charge and therefore has the final responsibility. Captain Smith went down with the RMS Titanic, in effect accounting for his responsibility with the ultimate sacrifice of his life. The tragedy of the Costa Concordia has resulted in criminal accountability for the captain who unbelievably left the sinking ship before all the passengers had. Anyone who leaves a ship prematurely that is sinking due to their poor leadership and navigational skills is thinking only of themselves; no consideration to the effect of the disaster on other people’s lives can be at the forefront of their minds, and saving their own skin is paramount. The Council is effectively equivalent to the Directors of a shipping line, and they too can be found liable for policy errors that lead to disaster. The difference is maritime law has robust legislation and accountability for these people, and justice is usually swift, fair, and effective.

Unfortunately we never seem to see this in our profession. From the Commissioners who continued to allow ludicrous amounts of UDA’s over the years in the D’Mello situation, to the lack of appropriate measures taken against the corporate mismanagement in the Stafford fiasco, there is always a scapegoat found in the medical, nursing or dental profession to take the fall. Until we have some form of register for people in the higher echelons of regulation and management of our healthcare in the UK, we will always have this lack of accountability and problems will continue. For instance, if I forgo my registration with the GDC and go off to run a hospital incompetently then there isn’t really any likelihood of a significant punishment that will end my career, ill probably just get moved laterally or get a consultancy position somewhere. There seems to be a reluctance to press for corporate manslaughter charges, and vicarious liability seems to be rarely found. Yet if I forget to write down a medical history or fail to justify my reasons for placing LA whilst simultaneously allowing my child to sit behind reception doing some colouring-in then potentially its career over. Our accountability has gone too far, yet for many others it doesn’t go anywhere near far enough.

We have regulatory bodies and members of those bodies that are accountable to no-one. We have non-dental registrants at the head of dental corporates, companies and organisations who are accountable to no-one, yet are setting policies or advertising services that could affect the care of patients adversely. We have dental registrants at the head of businesses that blame the individuals at the tooth-face for problems, whilst chasing profit in preference to supporting the clinicians appropriately. We have an Ex CDO who has supported the flawed UDA’s system passionately despite all the obvious problems with it. We’ll have another contract from the DoH eventually that will only be designed to further cut the budget and get us to provide more for less. We have expert witnesses who appear to be unable or unwilling to use the correct standards without any redress. And we have Commissioners and Management who in many cases are promoted far beyond their abilities and understanding of healthcare. I can’t recall reading anything of the accountability of any of these groups recently, but please correct me if I am wrong.

Hopefully the new CEO at Complaints Enforcement Plc will have a more proportional idea of how the Dentists Act should be enforced. Because enforced it has to be; but please, not with a zeal verging on fanaticism; it has to be with the right touch and a realisation that this profession is generally very, very good at what it does for the patients and that true misconduct and dishonesty is actually quite rare. But until all those tainted by the problems at Wimpole Street have accepted their responsibilities and left then nothing will change. The shipping line will get to choose a new captain, but we still can’t get off the ship. Bill Moyes expects our patients to have choices and make us accountable, but is impregnable from such actions himself. We need an entirely new crew who are not used to piloting a battleship with its guns constantly trained on the profession whilst getting it to pay for the ammunition used in the barrage.

Until we have accountability for all those currently immune against the effects of the mistakes that humans naturally make then they will never be able to empathise with what we go through on a daily basis in our professional life. Only by respecting the responsibility we have because of the accountability we have, firstly to our patients and then to our regulators, will they finally appreciate what we do and the problems we encounter. The old Council with its primarily registrant make up had this, and the profession wasn’t any more unsafe then than it is now. In fact, in my opinion it is actually far more unsafe for patients now when practitioners are working defensively, and when you can get a single complaint ending a career, without accounting for the thousands of patients who were being cared for (probably) appropriately by that practitioner. Just who is going to be made accountable for this damage to patient care long term?

Because without full accountability for all those involved in providing, regulating and commissioning healthcare, nothing will ever change.

Couldn't have put it any better. ..Now, who is going to solve our problems. .

0
Couldn't have put it any better. ..Now, who is going to solve our problems. .:(
Cancel Update Comment