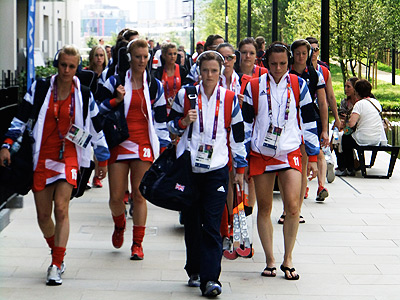 Team GB Hockey team leave the village to prepare for their crucial Hockey match against New Zealand. Having had to deal with broken hearts not getting into the final, as well as broken jaws, can anyone doubt their serious intention to win their next match today from this picture, which will determine whether they get at least a bronze medal, or nothing at this historic Olympics on home ground. As I head towards the Olympic stadium in the Olympic park, I can still observe and hear the jubilation as GB Hockey team score their first goal. By the time you read this, you will already know the final result, but really, hasn't GB hockey showed us the most important result is, whatever the set-backs, never give up, keep doing your best. For true grit lessons, this Olympic example is pure gold! 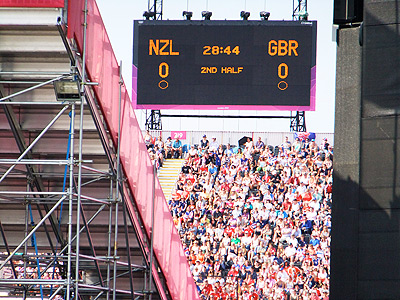 Really appreciated your comments re Team GB hockey, Tony, as a player myself for more years than I care to say. Dentists & hockey players - mutually beneficial relationship. My lovely U1 crowns testify to this

0
Really appreciated your comments re Team GB hockey, Tony, as a player myself for more years than I care to say. Dentists & hockey players - mutually beneficial relationship. My lovely U1 crowns testify to this :D
Cancel Update Comment